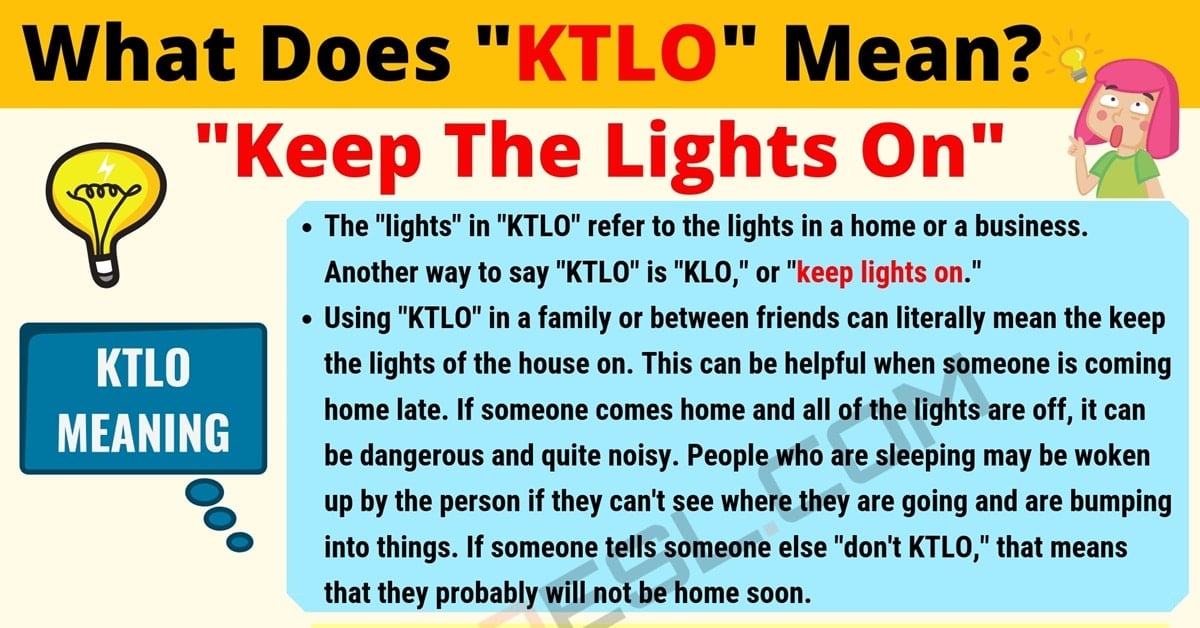 What does KTLO mean? This page will explain the definition, how and when to use this texting acronym with useful conversation examples and ESL infographic.

“KTLO” means “keep the lights on.”

Here, the “lights” in this internet slang term refer to the lights in a home or a business. Another way to say “KTLO” is “KLO,” or “keep lights on.”

Using this texting acronym in a family or between friends can literally mean the keep the lights of the house on. This can be helpful when someone is coming home late. If someone comes home and all of the lights are off, it can be dangerous and quite noisy. People who are sleeping may be woken up by the person if they can’t see where they are going and are bumping into things. If someone tells someone else “don’t KTLO,” that means that they probably will not be home soon.

In business, especially IT, “keeping the lights on” means doing enough to pay the electricity bill. That is to say that a certain part of the business that is dubbed as “KTLO” is something that generally performs well and is a quite stable source of income for the firm.

Here are some examples of how people use this slang word on the internet and in texting:

In this situation, we have two co-workers who are communicating over a workplace messaging service. Co-worker 1 asks Co-worker 2 about how his work is going so far. Co-workers 2 states that he has grown tired of his current position because he is only assigned to work on “KTLO” projects. That means that these projects are more about maintaining the current business than innovating it.

Example 2 shows a conversation over text between two roommates. Roommate 1 checks on Roommate 2 to see what she’s doing and if she’ll be home late. Roommate 2 may be out late so she tells Roommate 1 to not “KTLO.” This also means that Roommate 1 should not wait for Roommate 2 to come home. 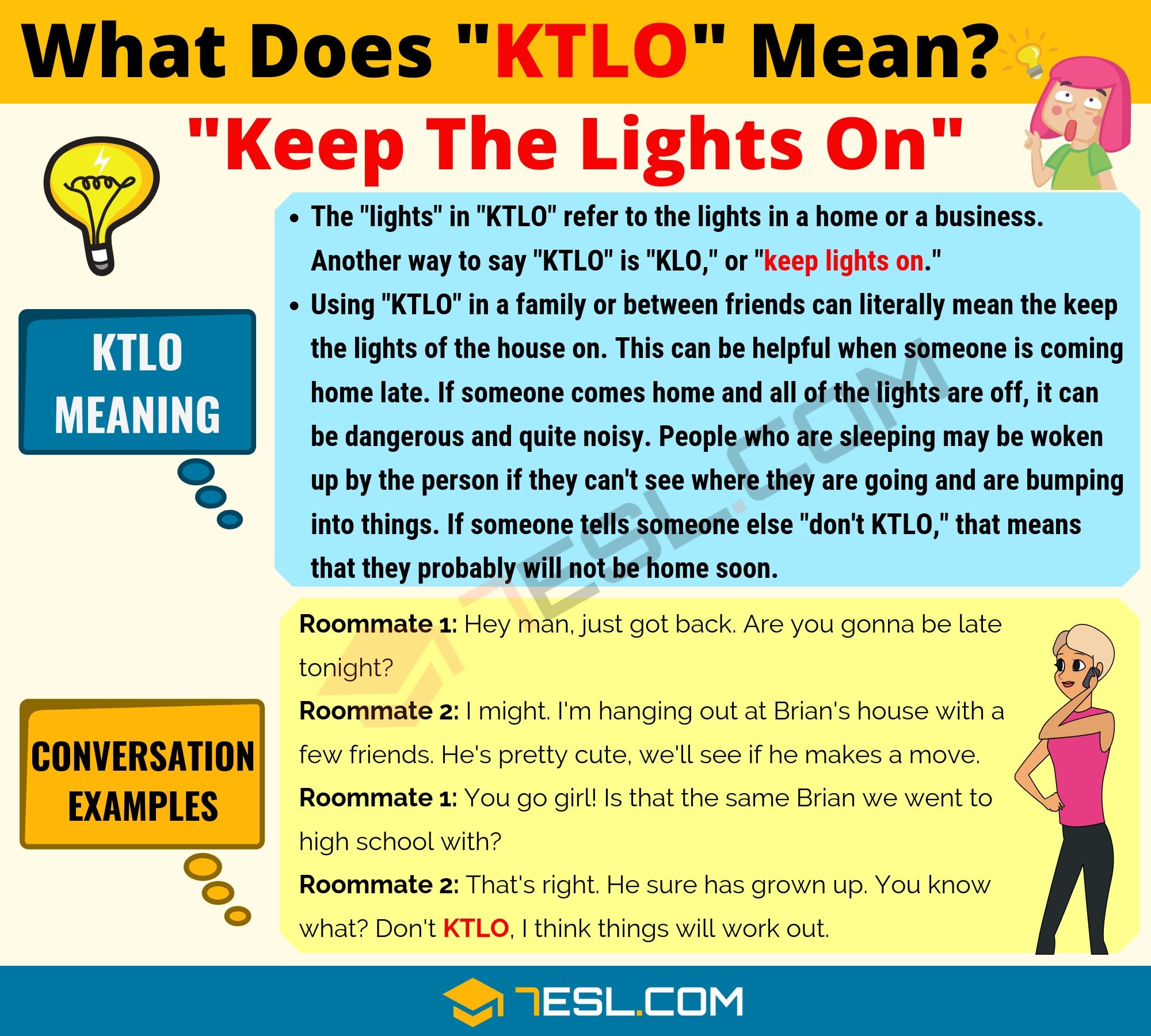