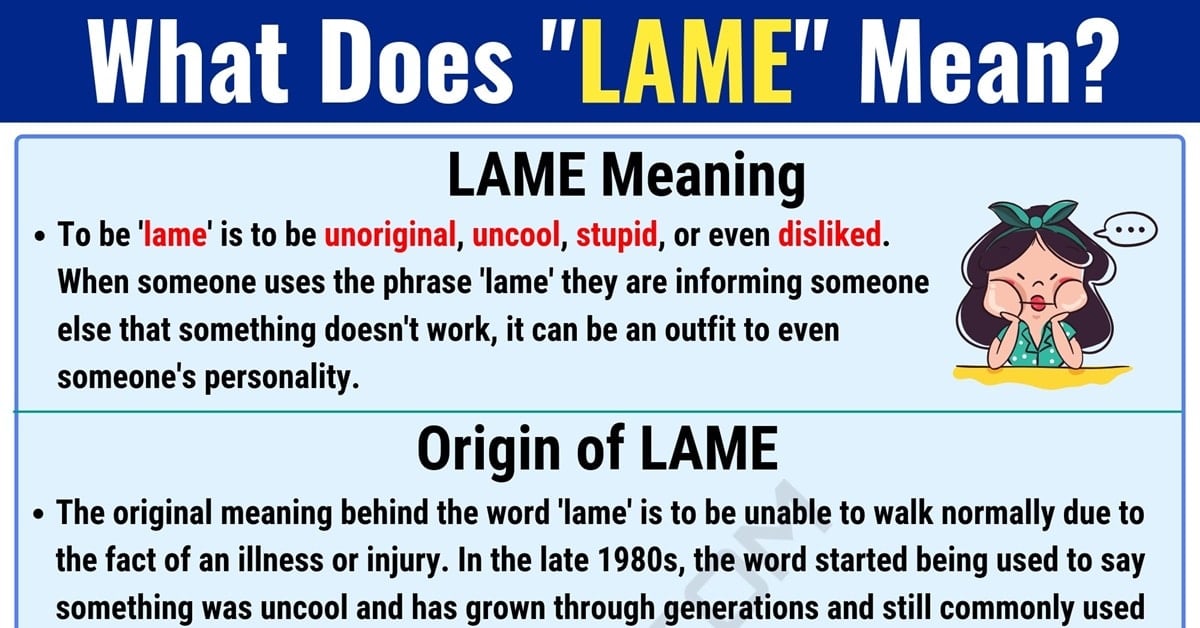 What does Lame mean? In this lesson, you will learn the definition and how to use this internet slang term with ESL infographic and useful conversation examples in English.

What Does Lame Mean?

To be ‘lame’ is to be unoriginal, uncool, stupid, or even disliked. When someone uses the phrase ‘lame’ they are informing someone else that something doesn’t work, it can be an outfit to even someone’s personality.

The original meaning behind the word ‘lame’ is to be unable to walk normally due to the fact of an illness or injury. In the late 1980s, the word started being used to say something was uncool and has grown through generations and still commonly used today.

Ways you will find this internet slang word used.

Here you have a guy trying to pick a girl up someplace like a bar and she thinks he looks like a dork or loser and tells him he is ‘lame’ hoping he will leave her alone.

Not only can you use ‘lame’ to talk about how uncool a person is, but it can also be used like here, where one friend just can’t lie and has to tell her buddy that sundress really sucks.

Here you will find ‘lame’ is used in a sort of way to say ‘not cool’. For instance, the one not getting an invite to a party and the host can’t even tell them why resulting in the ‘how lame’. 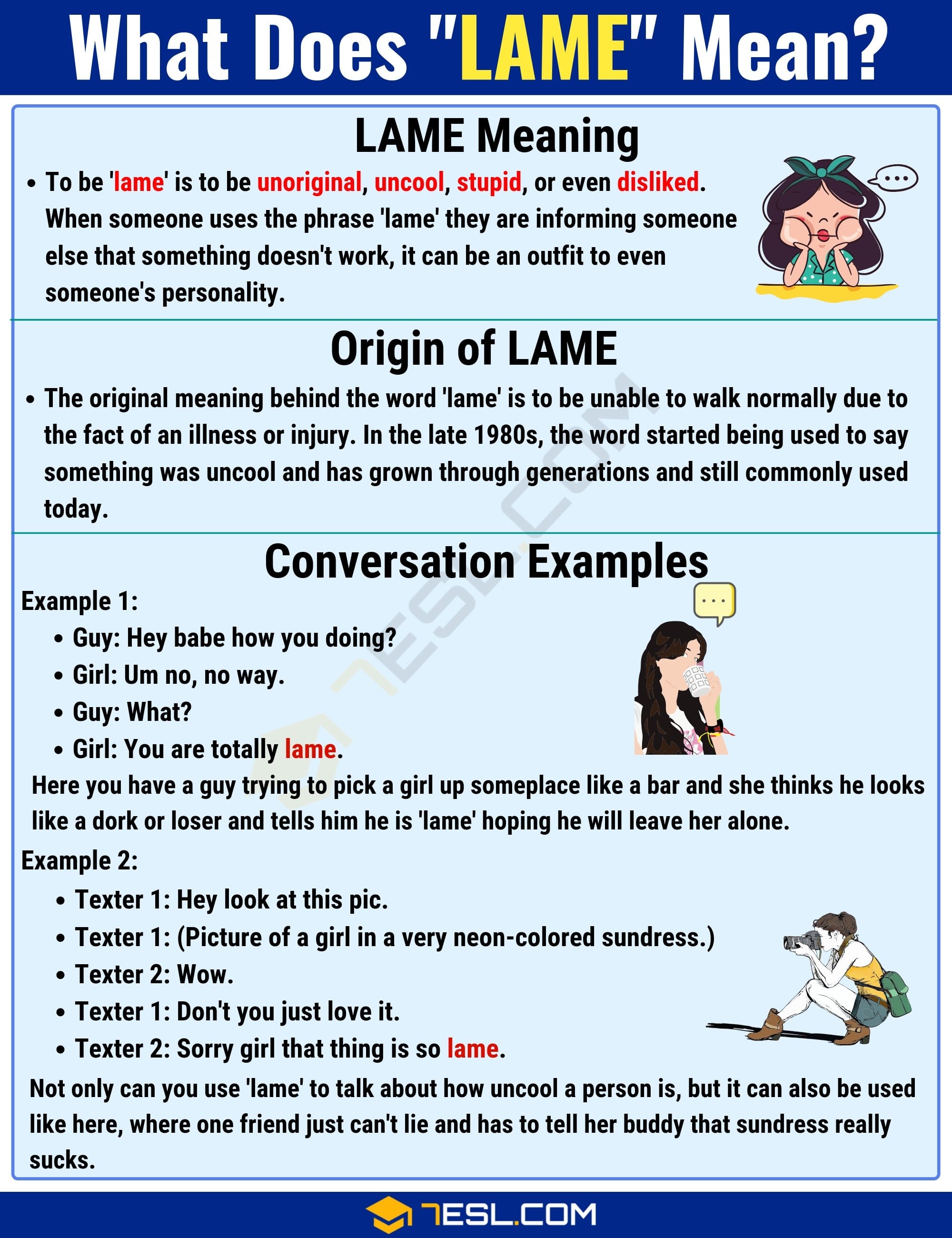