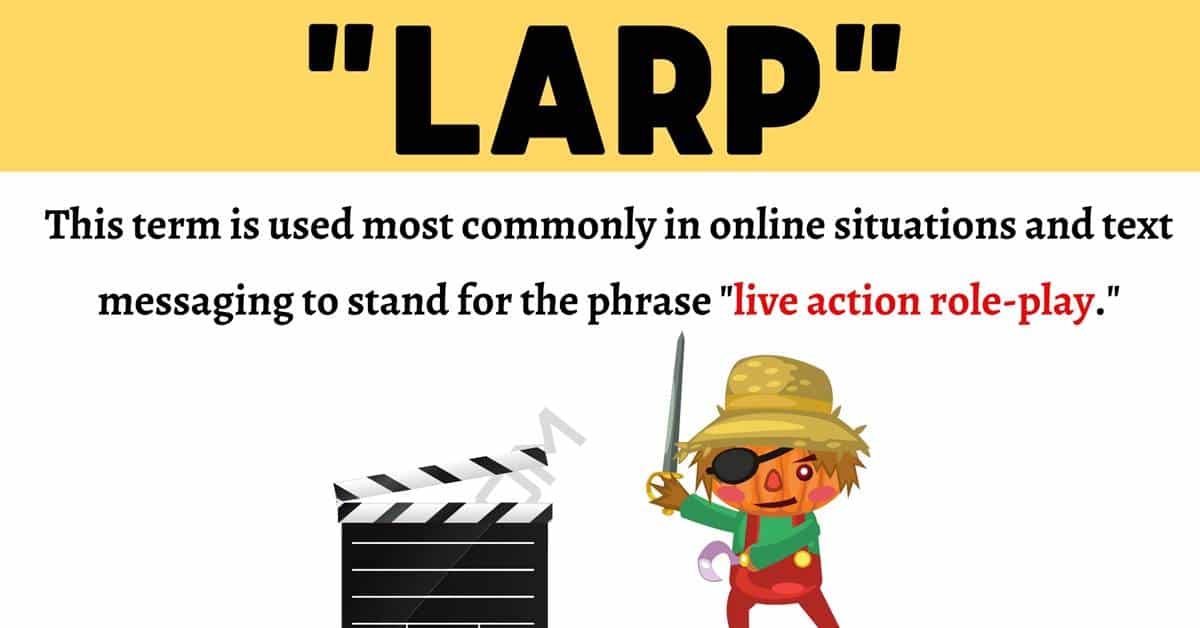 The slang term “LARP” is actually an acronym, although everyone tends to think of it as a standalone term. If you were wondering the meaning of this piece of slang, then your search has bought you to the right place. Here you will find the meaning of this term, details about its origin, and some other meanings. You will also see some example conversations that feature this term being used correctly and help you understand its meaning. Finally, you will find some synonyms that can used interchangeably with this original term that are similar in meaning.

What Does LARP Mean?

This term is used most commonly in online situations and text messaging to stand for the phrase “live action role-play.” This type of role-play is when people dress-up in costumes in real life and act out some sort of fantasy scenario in a real life setting.

There is no significant point of origin that can be identified concerning this phrase. However, the idea behind the activity has dated back since the days of children playing “cowboys and Indians,” house,” or “doctor.” People have also participated in historical re-enactments since the Roman days, which is also a form of doing this term. Therefore, the practice has been in use for many years, even though the term may have been something that has not been around as long.

Like most other acronyms, this one is no different in the fact that it can represent other more specific and technical things as well. The list of other things that this acronym can stand for is short, but they are all not mentioned here. Some of this other things are “Lotus Address Resolution Protocol,” “Local Assistance Road Program,” “Light Airfield Repair Package,” “Latin America Regional Program,” and “Lightweight Address Resolution.”

There are a few phrases that you could use to replace the usage of this acronym without changing the meaning of its message. Some other phrases you could use include: 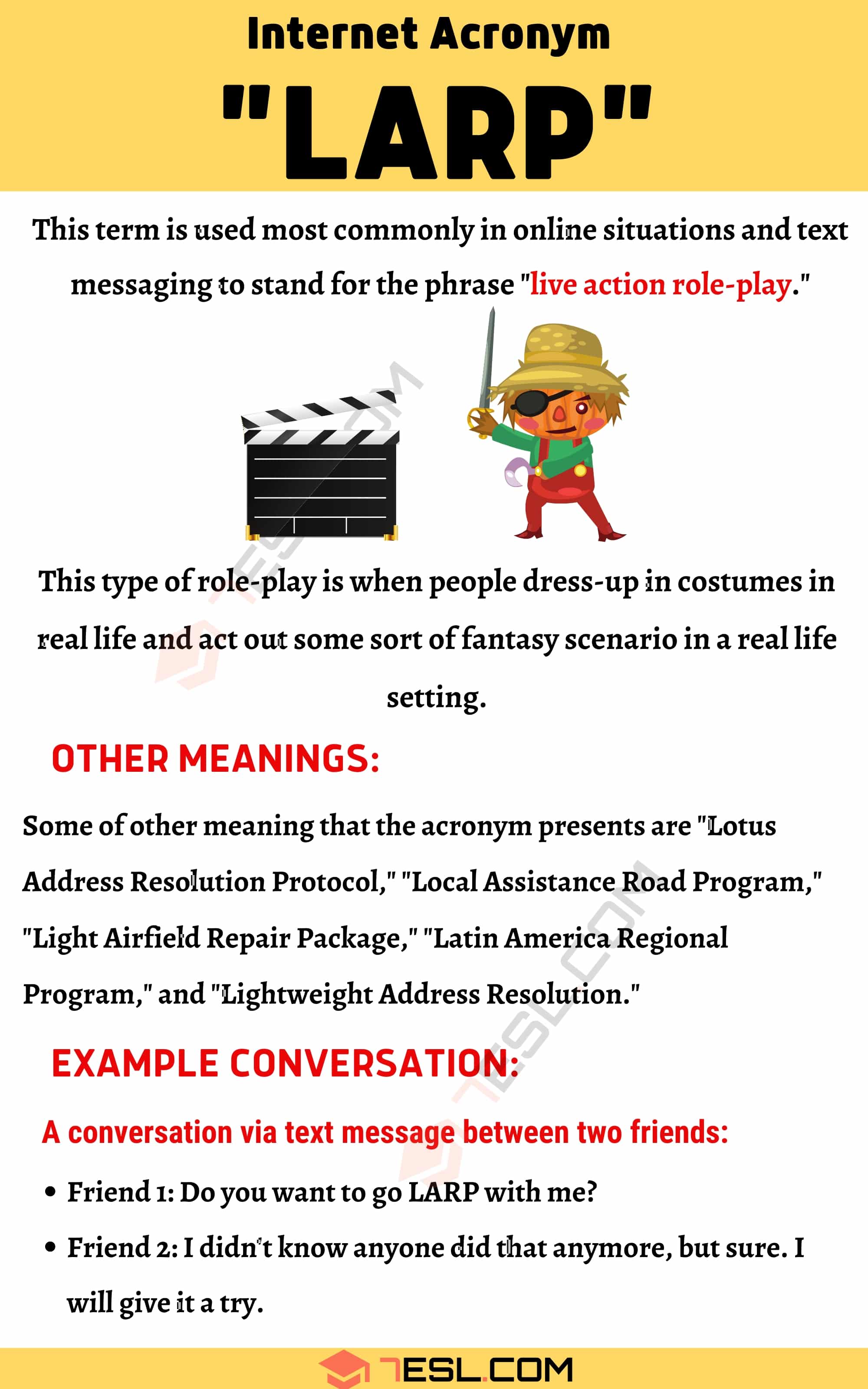