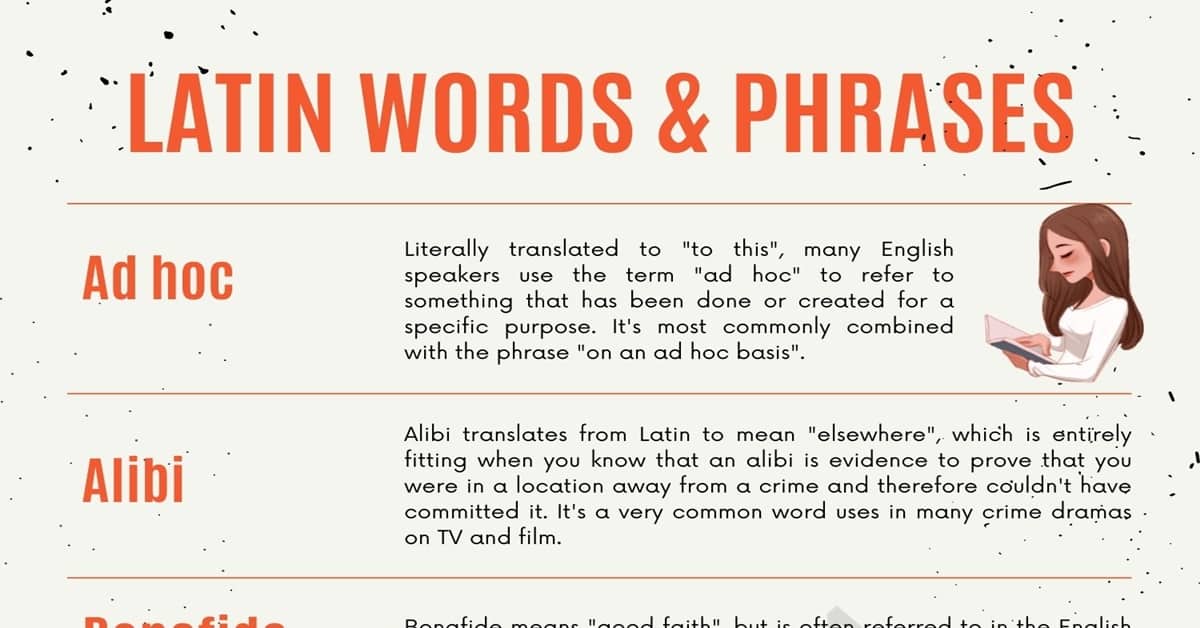 Latin is an ancient language, originating from Ancient Rome. We’ve heard about it in school, some of us might even have studied it, but it’s ancient and has long since died out. It’s very rarely used in speaking today, but it isn’t entirely dead. There are several phrases that we use invariably within our daily conversation that we might not even realize at the time were Latin.

No, that doesn’t mean we’re all fluent Latin speakers, but it does mean that we’ve given the language (from which our own has developed) a sure amount of respect and kept a lot of the old sayings that they used as our own.

What Are Latin Words?

Latin words are any words or phrases that we use today in the English language that would have been present in the Ancient Roman Empire (circa 750 BC). You’ll be surprised just how many we still use, some of which you might not even realize was originally Latin! Let’s take a look at some and see what you think.

Latin Words and Phrases with Meanings

Literally translated to “to this”, many English speakers use the term “ad hoc” to refer to something that has been done or created for a specific purpose. It’s most commonly combined with the phrase “on an ad hoc basis”.

Alibi translates from Latin to mean “elsewhere”, which is entirely fitting when you know that an alibi is evidence to prove that you were in a location away from a crime and therefore couldn’t have committed it. It’s a very common word uses in many crime dramas on TV and film.

Bonafide means “good faith”, but is often referred to in the English language as something genuine. It has evolved over the years.

Yes, you read that right. Bonus is actually not English at all – it’s as Latin as they come. It literally means “good” and can refer to all sorts of good things in its current usage. “That’s a bonus,” or “I’ve got my Christmas bonus!” are ways in which we use the word bonus today.

This one is pretty well-known to be a Latin phrase. It means “seize the day” and has been adopted as a motto in our language today for anyone who needs motivation.

Translating to “in fact”, it means exactly that still to this day. It refers to someone or something is exactly as you think it is – referring to it being a fact.

Standing for “exemplia gratia”, we use e.g. today as a way to introduce examples. It literally translates to “for example” so it makes sense.

A psychology term referring to an individual’s self-worth or self-esteem. It translates literally to just mean “I”.

An adverb that means “therefore” and is used in much the same sense to this day.

Often shortened (and more commonly recognized) as etc., et cetera translates to “and the rest” and is often used to mean “and so on, and so on”.

Translating to mean “in addition to”, the word extra comes straight from Latin and hasn’t been changed since.

Another acronym that we use, which stands for “id est”. It is used to give a specific example and translates to “That is”.

Translating to mean “spontaneous”, an impromptu meeting or decision means one that has been made right then and there.

This word has changed slightly over the years. It literally translates to “to enter”, but we use it now to refer to the beginning of something.

Translating to mean “many”, multi still holds the same meaning now as it did all those thousands of years ago.

Meaning “in itself”, we use it these days to show a connection between something. It’s often used in negative regards, such as “it’s not this per se, but that instead”.

Translating to mean “for the good”, pro bono is a phrase used to show that something is being done without gain or reimbursement. It refers to the favor of sorts.

“Something for something” is what this phrase translates to in English. It is usually referred to as a way of giving someone something but expecting something back in return.

Literally meaning “about”, re is most commonly used in emailing and letter sending to reply to someone’s subject in regards to something previously discussed. 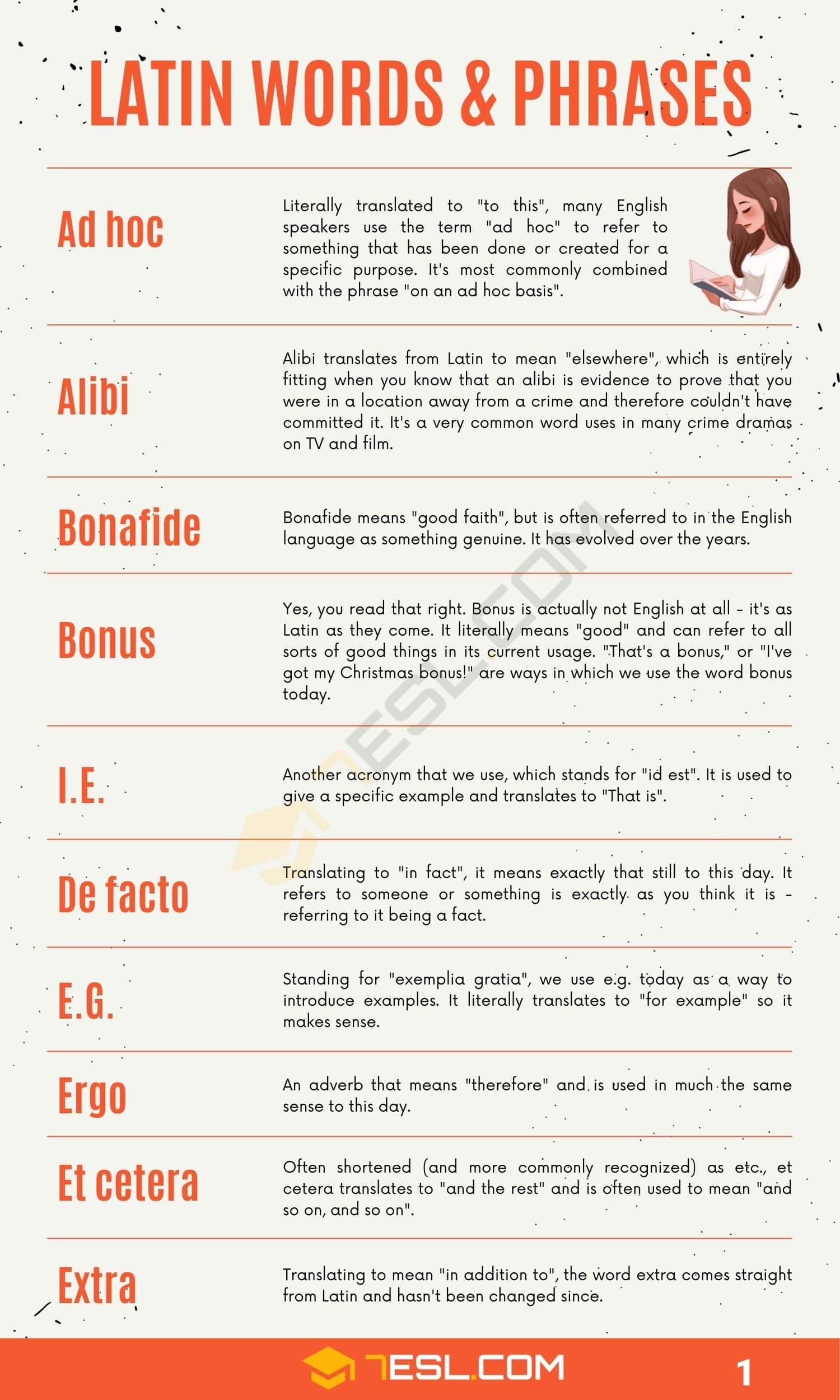 Most Beautiful Latin Words And Phrases 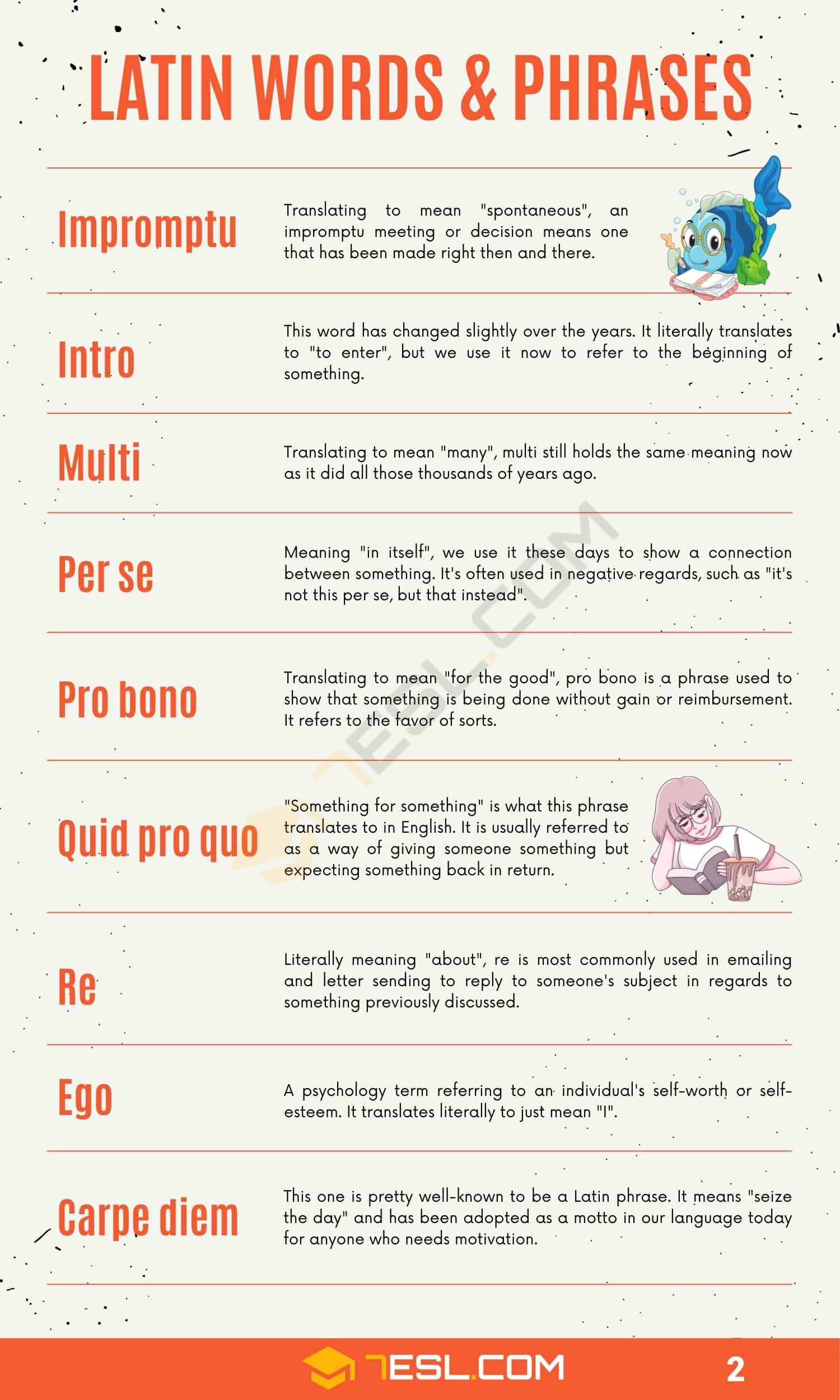