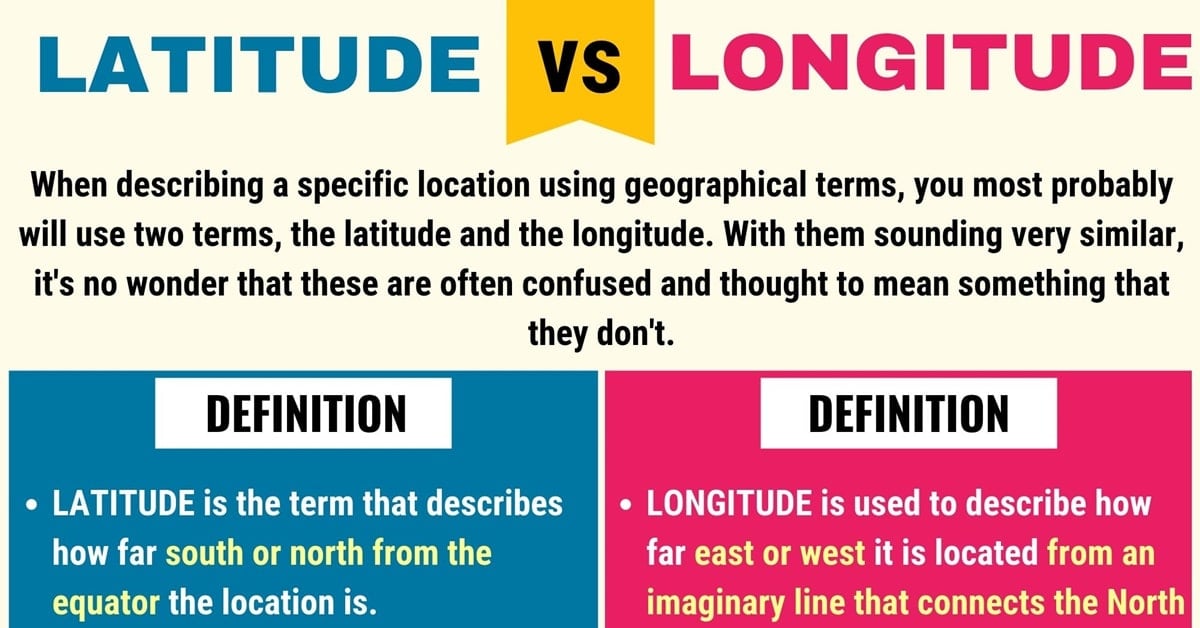 Latitude and longitude! When describing a specific location using geographical terms, you most probably will use two terms, the latitude and the longitude. With them sounding very similar, it’s no wonder that these are often confused and thought to mean something that they don’t. Read on to be sure that you always use the correct terms when you want to specify the coordinates of a certain place.

The LATITUDE is the term that describes how far south or north from the equator the location is, while the LONGITUDE is used to describe how far east or west it is located from an imaginary line that connects the North and the South Poles.

If two locations have the same latitude, this automatically means that they surely are in the same hemisphere, be it the northern or the southern. With the same longitude, however, you can’t be so sure because two locations might be in different hemispheres of the Earth but still be on the same meridian.

What the same longitude means, however, is that the locations are in the same timezone. This isn’t something that happens with locations that have the same latitude.

The similarity between longitudes and latitudes is that they are measured in the same way: in degrees, minutes, and seconds, where one degree has 60 minutes and one minute has 60 seconds. A longitude can take values from 0 to 180, and these can be positive if they are located east and negative if they are located west of the Prime Meridian. Alternatively, the letters E and W specify the direction.

Difference between Latitude and Longitude | Picture 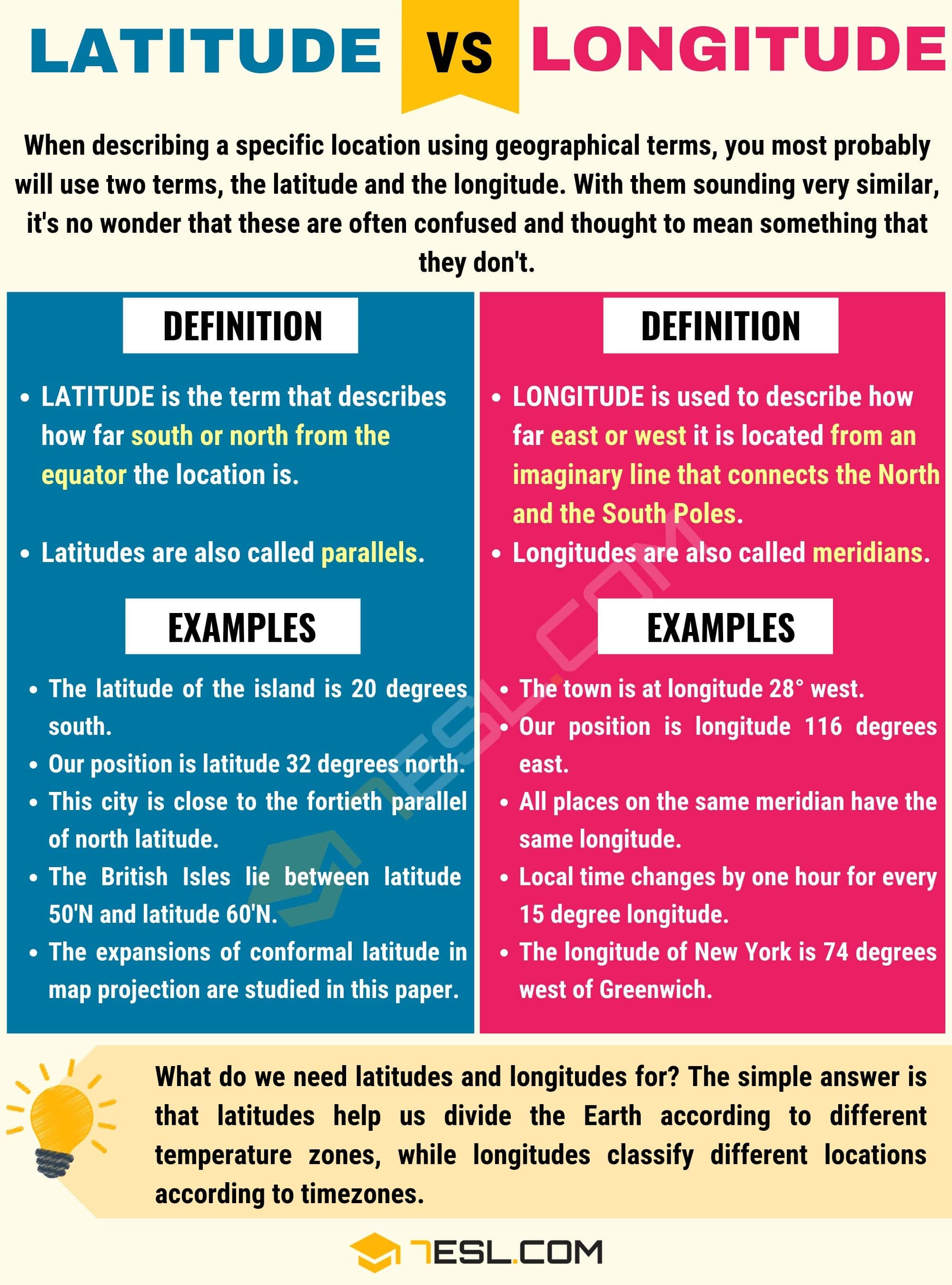 Your differences and similarities are not in order