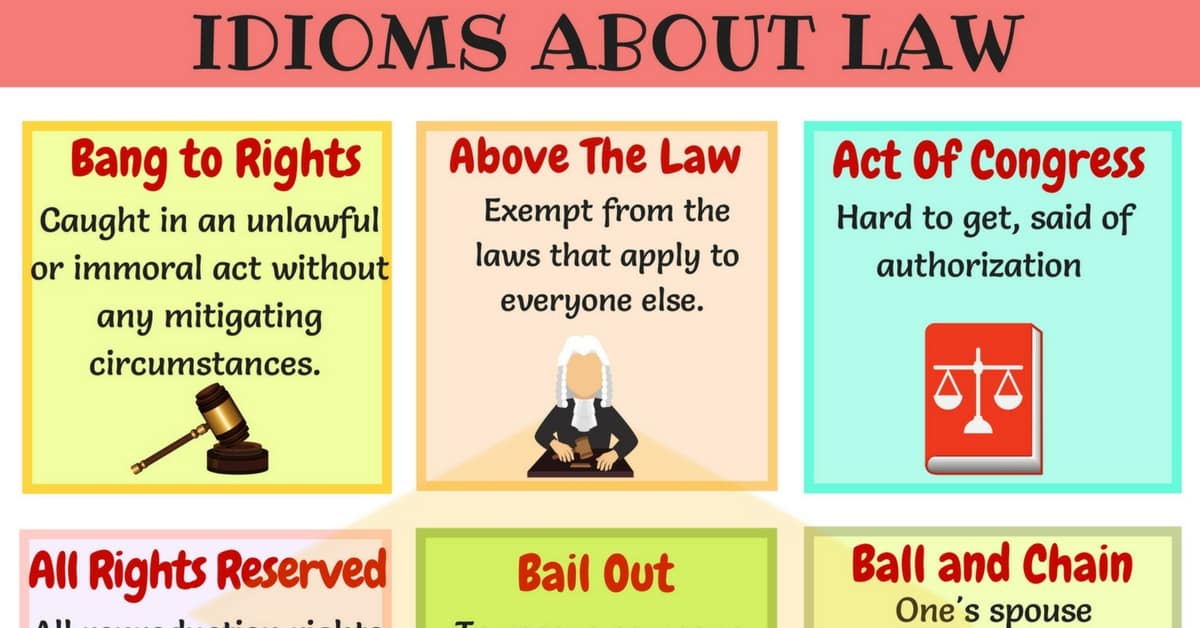 Legal & Law Idioms, Sayings and Phrases with Meaning and Examples

Letter of the Law 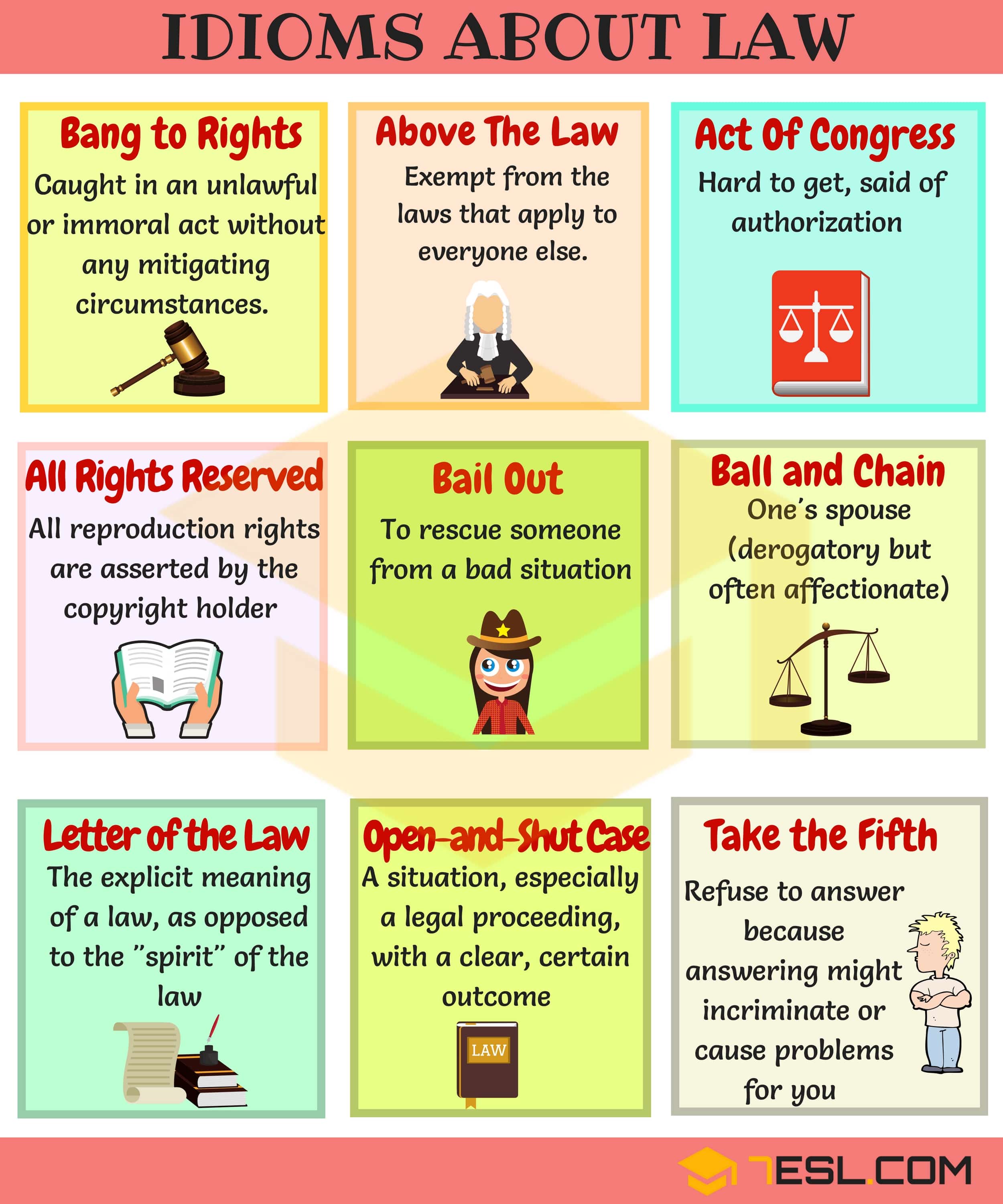 Thanks it was helpful

Thank you for this site! I’m teaching a Legal Interpreting Certificate program at the University of Wisconsin Milwaukee – School of Continuing Education and this is perfect for the interpreters who are developing their knowledge and abilities to work as legal interpreters.

it is heavy loaded with a cultural capsule, I highly appreciate your effort to uplift the beneficiary level