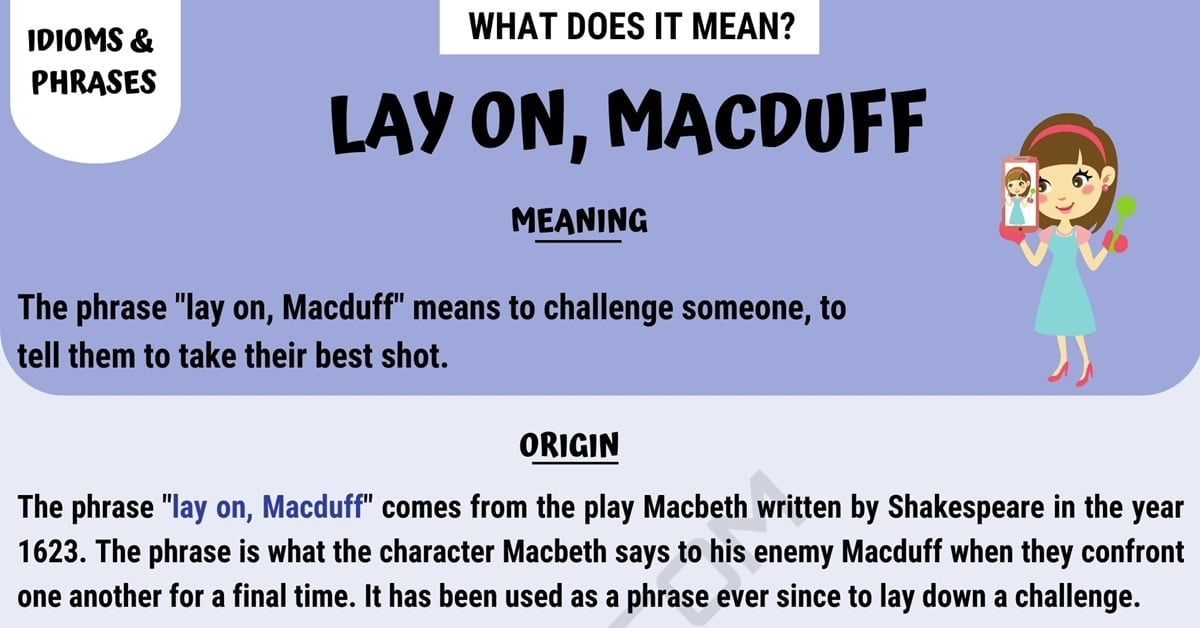 The phrase “lay on, Macduff” is a phrase you may see or hear used in everyday informal conversation or writing. Here you will find the meaning of this phrase and the information about its origin. You will also find examples of how to properly use this phrase in conversations/statements and you will find alternative ways to say the phrase that still conveys the same meaning.

The phrase “lay on, Macduff” means to challenge someone, to tell them to take their best shot.

The phrase “lay on, Macduff” comes from the play Macbeth written by Shakespeare in the year 1623. The phrase is what the character Macbeth says to his enemy Macduff when they confront one another for a final time. It has been used as a phrase ever since to lay down a challenge.

A statement made by a politician running for office to his opponent.

A conversation between two enemies fighting at school.

Other Ways to Say “Lay On, Macduff”

Like most idiomatic phrases, there are many alternative ways to say the phrase and still manage to convey the same meaning. Other ways you can say the phrase “lay on, Macduff” include: 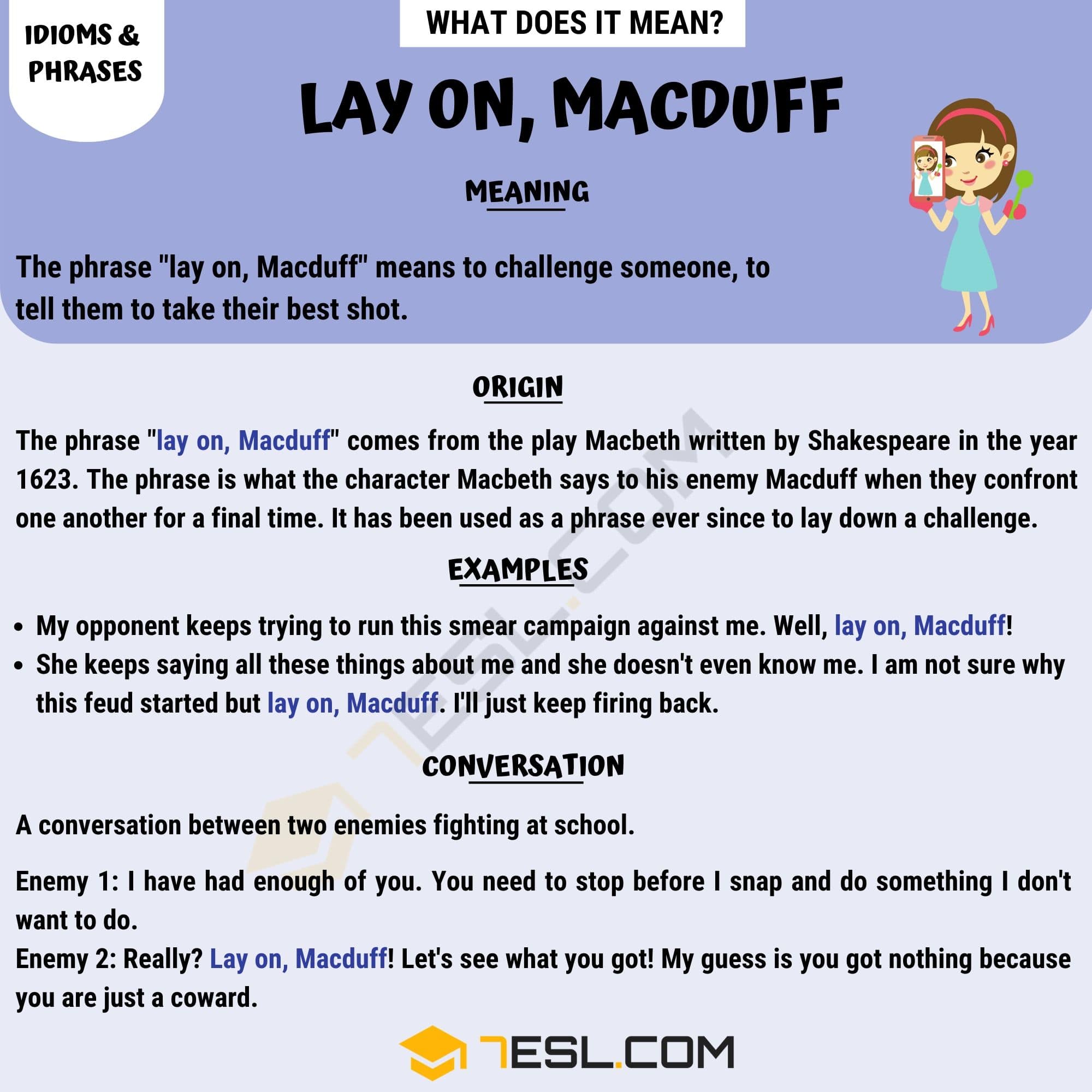