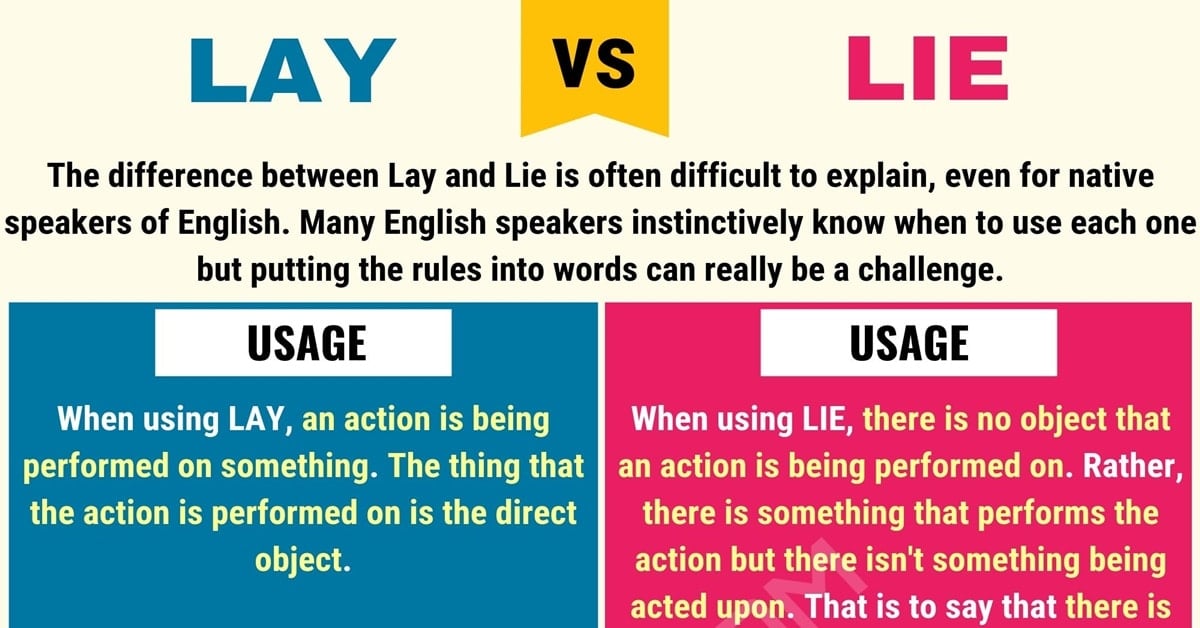 The difference between lay vs. lie is often difficult to explain, even for native speakers of English. Many English speakers instinctively know when to use each one but putting the rules into words can really be a challenge.

Both lay and lie are verbs. The big difference between them comes from focus and action. This may be a difficult concept to grasp at first, but using a few examples can help clear things up. Let’s take a closer look.

When to Use Lay

When using “lay,” an action is being performed on something (an object). The thing that the action is performed on is the direct object. Here are some examples:

When to Use Lie

When using “lie,” there is no object that an action is being performed on. Rather, there is something that performs the action but there isn’t something being acted upon. That is to say that there is an indirect object. Take a look at some examples of lie:

Note for the Difference between Lay vs. Lie

In everyday conversation, many people may use these words interchangeably. After committing these rules to memory and practicing them many times, the difference should be easier to understand.

One more thing to look out for is that “lie” has another meaning which means to be dishonest or not tell the truth. We have to rely on context by examining the words around “lie” in order to understand its intended meaning. 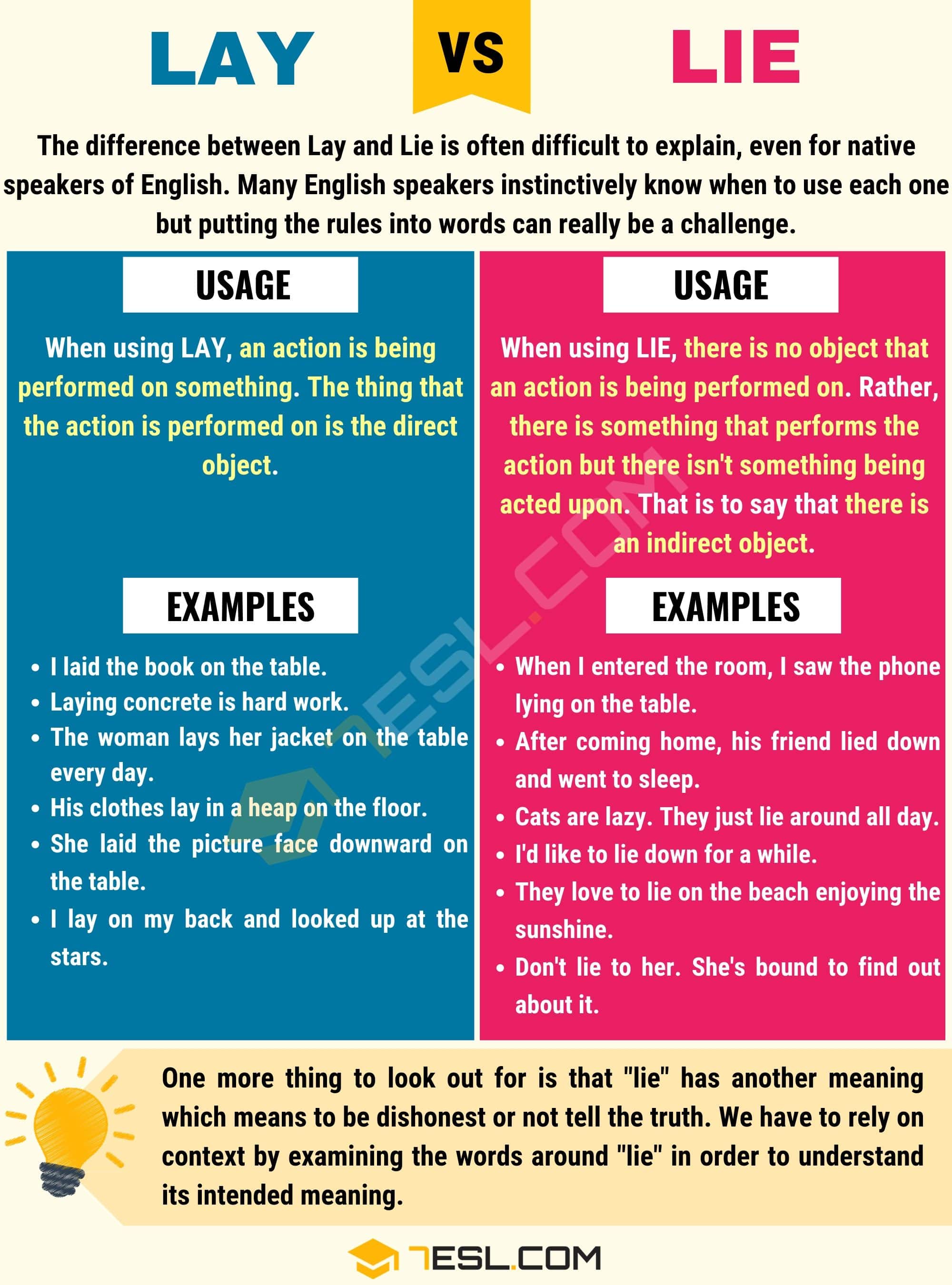 “His clothes lay in a heap on the floor.”

Even though the sentence is grammatically correct, there is no direct object. Here, “lay” is the simple past of “to lie”. Think of the simple present tense version:

“His clothes lie in a heap on the floor.”