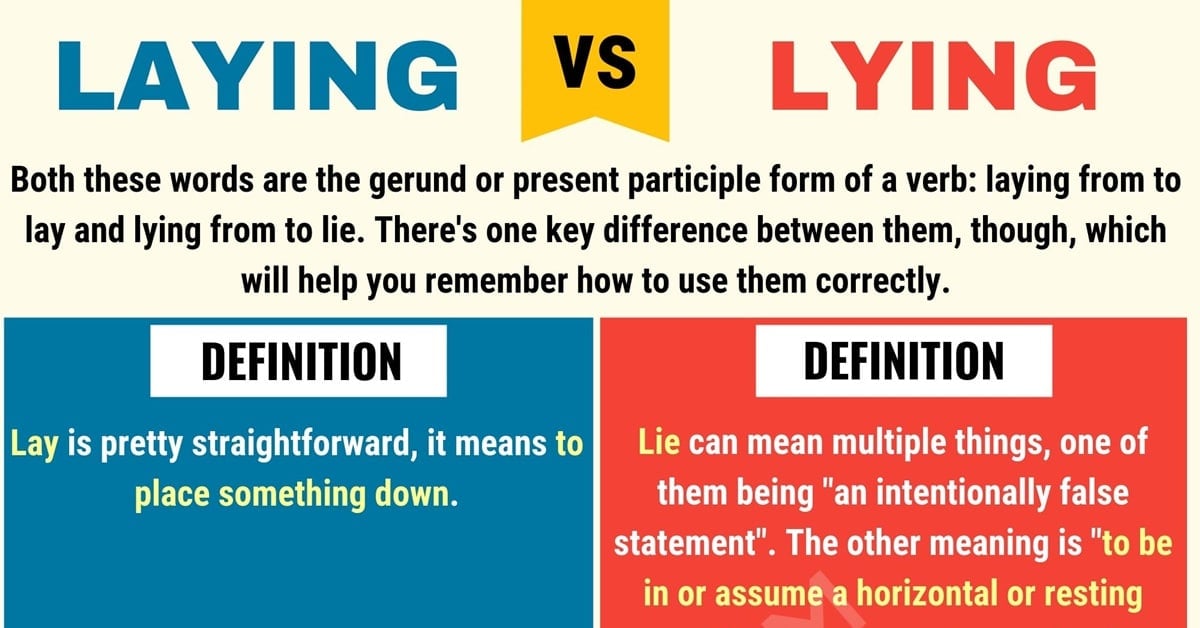 Laying vs. lying! These words can cause quite a bit of confusion, especially because they are used in roughly the same context. There’s one key difference between them, though, which will help you remember how to use them correctly.

Both these words are the gerund or present participle form of a verb: laying from to lay and lying from to lie. Lay is pretty straightforward, it means to place something down. Now, lie can mean multiple things, one of them being “an intentionally false statement”. The other meaning is “to be in or assume a horizontal or resting position on a supporting surface” and this where the confusion arises from.

When to Use Laying

You use laying when you talk about putting something down.

Learn more about the difference between Lay vs. Lie.

When to Use Lying

Tips for Using Lying vs. Laying

To remember the difference just think about activities humans do: they lie about being busy, while in reality, they have been lying in bed all day.

How to Use Lying vs. Laying in Sentences | Image 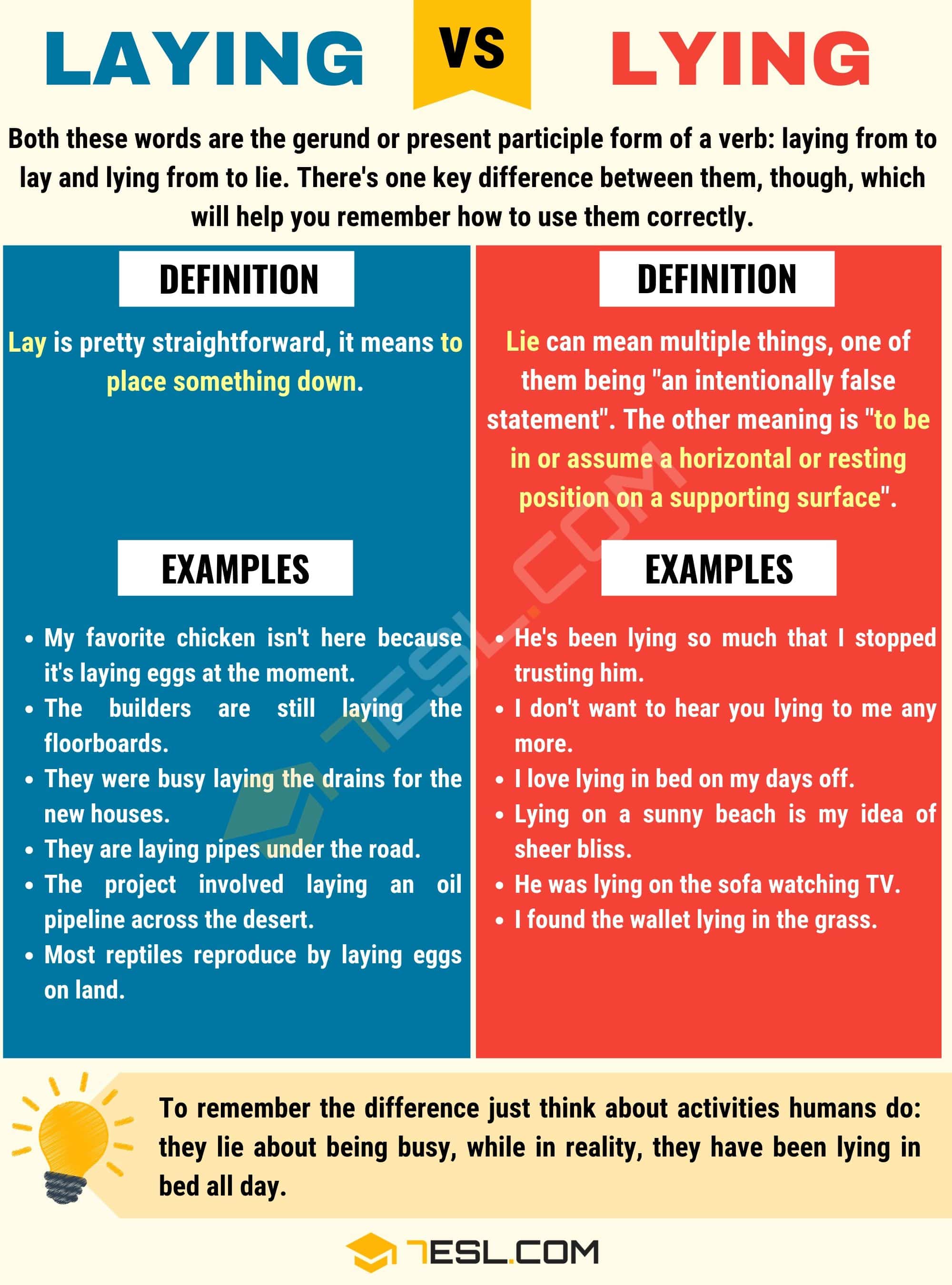 What’s the Difference between Laying vs. Lying?