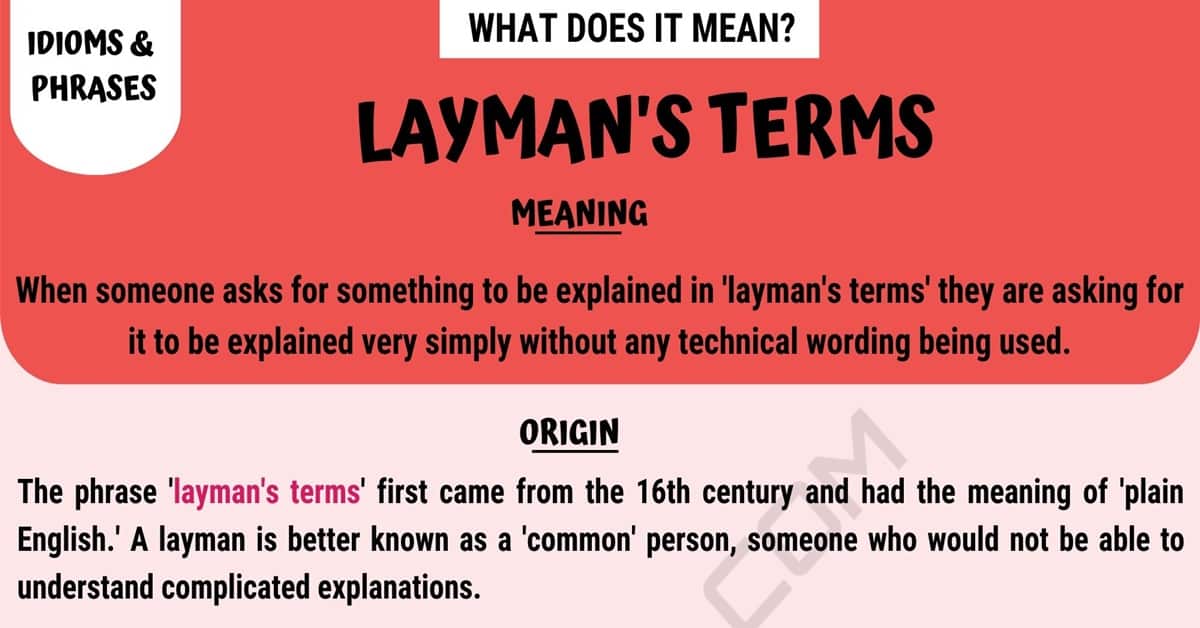 You may have heard someone using the phrase ‘layman’s terms’ during a conversation. But what does this term mean? We are going to look at the answer to this question as well as looking at how we can use this term in our daily conversations. We will also take a look at where the phrase originally came from.

The phrase ‘layman’s terms’ first came from the 16th century and had the meaning of ‘plain English.’ A layman is better known as a ‘common’ person, someone who would not be able to understand complicated explanations.

This statement is being made by a student to his teacher.

This is a statement which is being made by a teenager to her mother.

There are many times that the saying ‘layman’s terms’ can be heard in a conversation. Here are some examples of how it would look.

The first conversation is taking place between a doctor an a patient.

Here is a conversation which is occurring between two co-workers.

There are other ways in which you can express the meaning of the idiom ‘layman’s terms.’ Here are some examples of other things you might say that carry the same meaning, 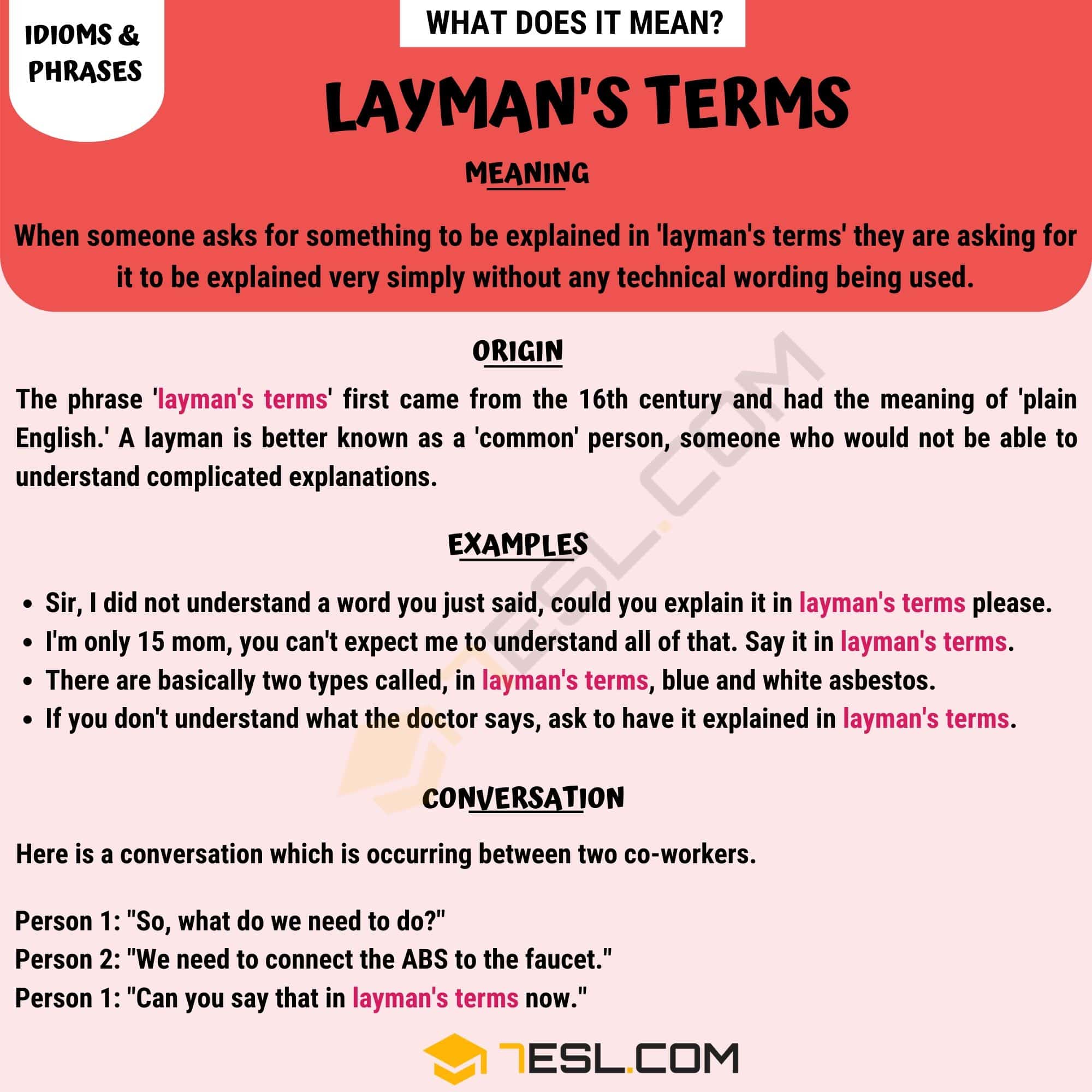