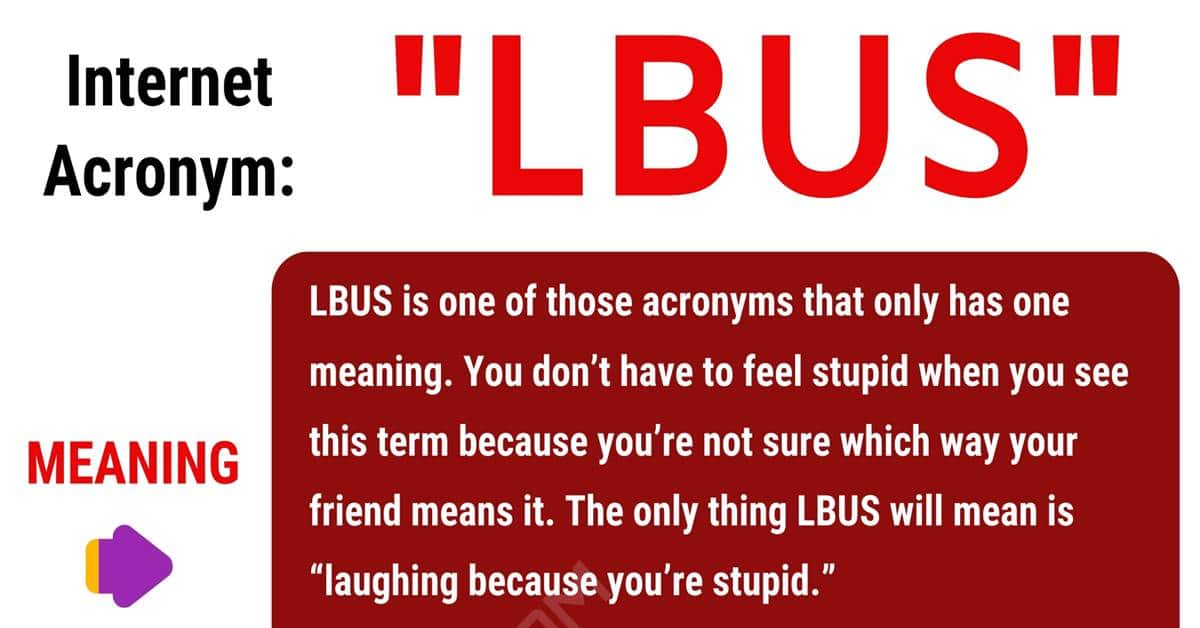 Sometimes, you’re lucky enough to have acronyms that only mean one thing. Usually, these are less frequently used in general. Once you know the meaning of these types of words, you won’t have to worry that you might be mixing it up with a different definition. This article provides the definition & conversation examples of the acronym “LBUS” to help you use it correctly in English.

LBUS is one of those acronyms that only has one meaning. You don’t have to feel stupid when you see this term because you’re not sure which way your friend means it. The only thing LBUS will mean is “laughing because you’re stupid.”

You might also see it written as LBYS, which still means “laughing because you’re stupid.”

In this example, Steven has made a mistake and stayed for detention on a wrong day. Kady tells him “lbus” because of his mistake, which is a boneheaded move. The two continue to banter back and forth for a few minutes before they work their plans out. 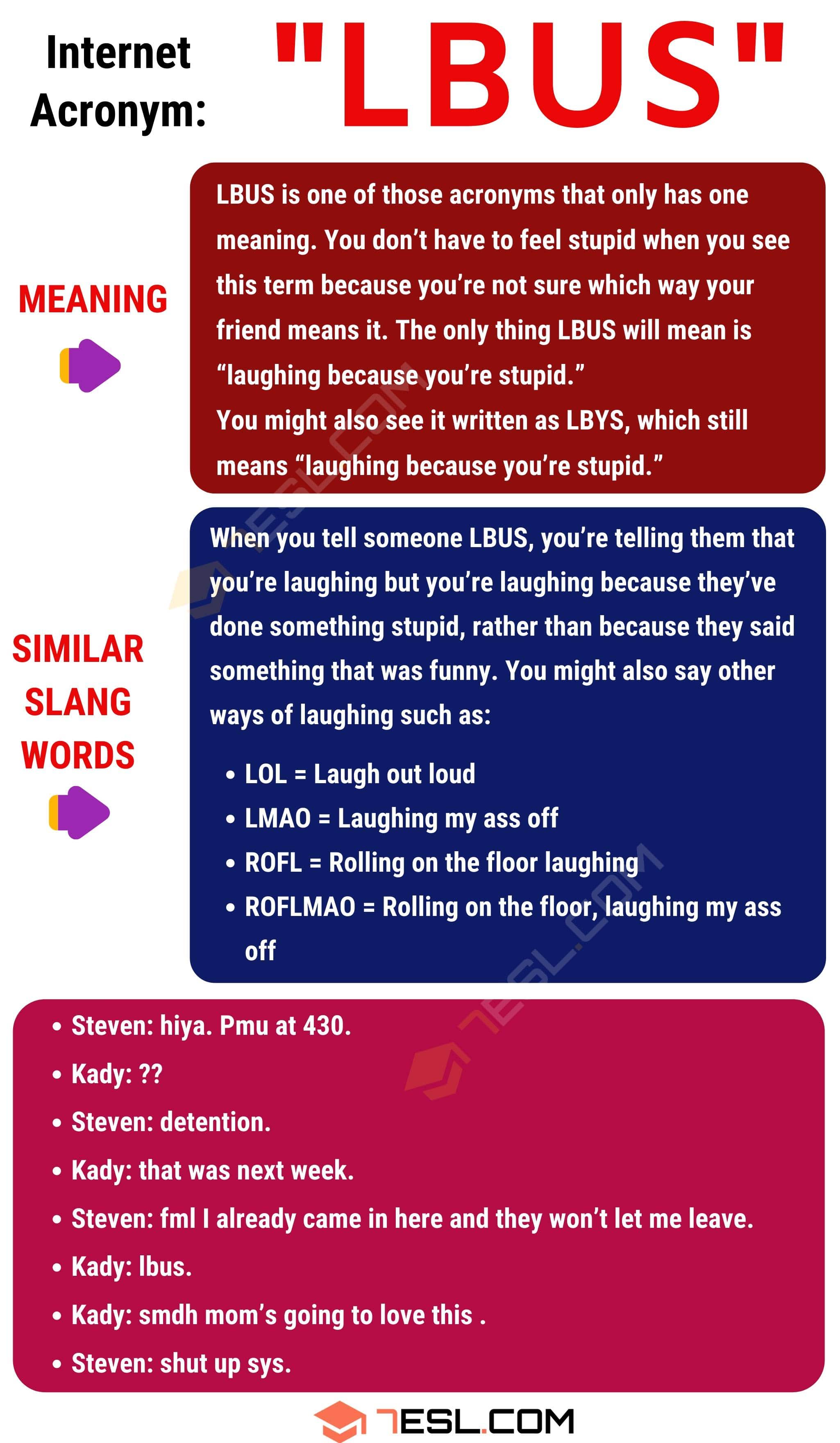