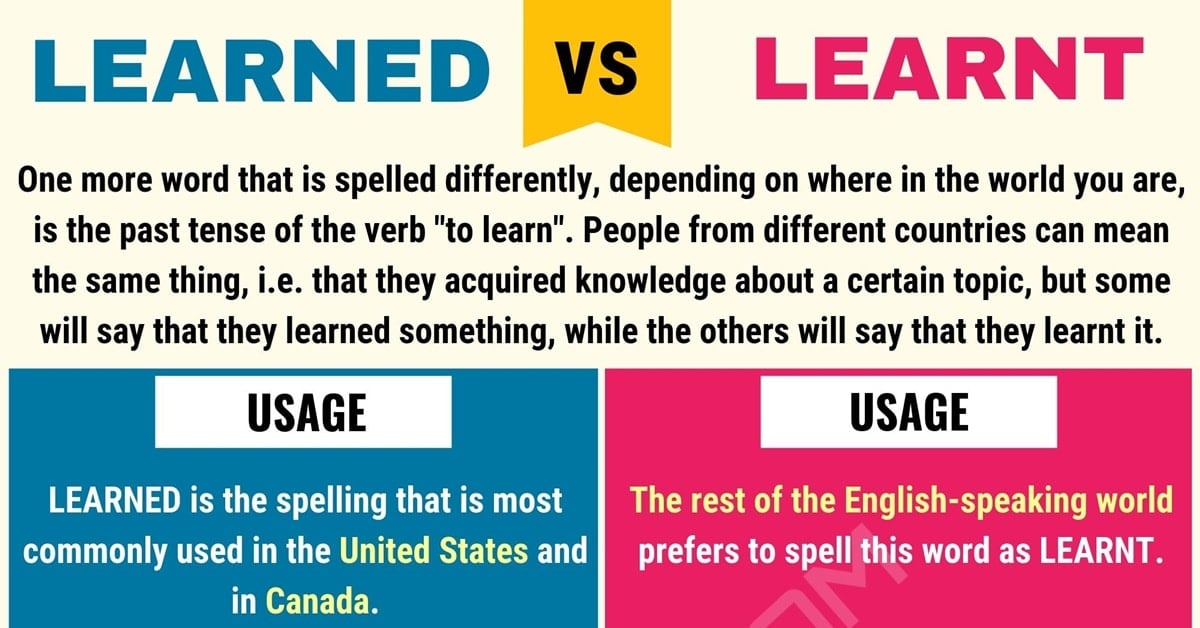 Learnt vs. learned! One more word that is spelled differently, depending on where in the world you are, is the past tense of the verb “to learn”. People from different countries can mean the same thing, i.e. that they acquired knowledge about a certain topic, but some will say that they learned something, while the others will say that they learnt it. Which spelling is accepted where?

LEARNED is the spelling that is most commonly used in the United States and in Canada, while the rest of the English-speaking world prefers to spell this word as LEARNT.

So, when you’re wondering about which past tense form is the correct one, the answer is that they both are. It all depends on where your target audience is from, and the same sentence will be spelled differently, whether it is addressed to British or American people. For instance, if you’re writing a book that will be published in England, you’ll write, “Sue has learnt a lot throughout her fascinating journey”. However, if you’re writing the same book for an American or Canadian public, your character would have learned a lot.

Keep in mind that, if you need an adjective to describe a person who has a lot of knowledge, you have to use the spelling learned, no matter which audience you’re writing for. Therefore, a sentence “She’s a very learned girl” would look the same in England, America, Australia, and everywhere else.

You can make your life easier by always using learned. This might soon become the only correct option because of the strong influence of American English and its tendency towards turning irregular verbs into regular. For now, however, if you want to be absolutely correct, use learned as a verb only in America and in Canada; in the rest of the world, use learnt.

How to Use Learned vs. Learnt Correctly? | Image 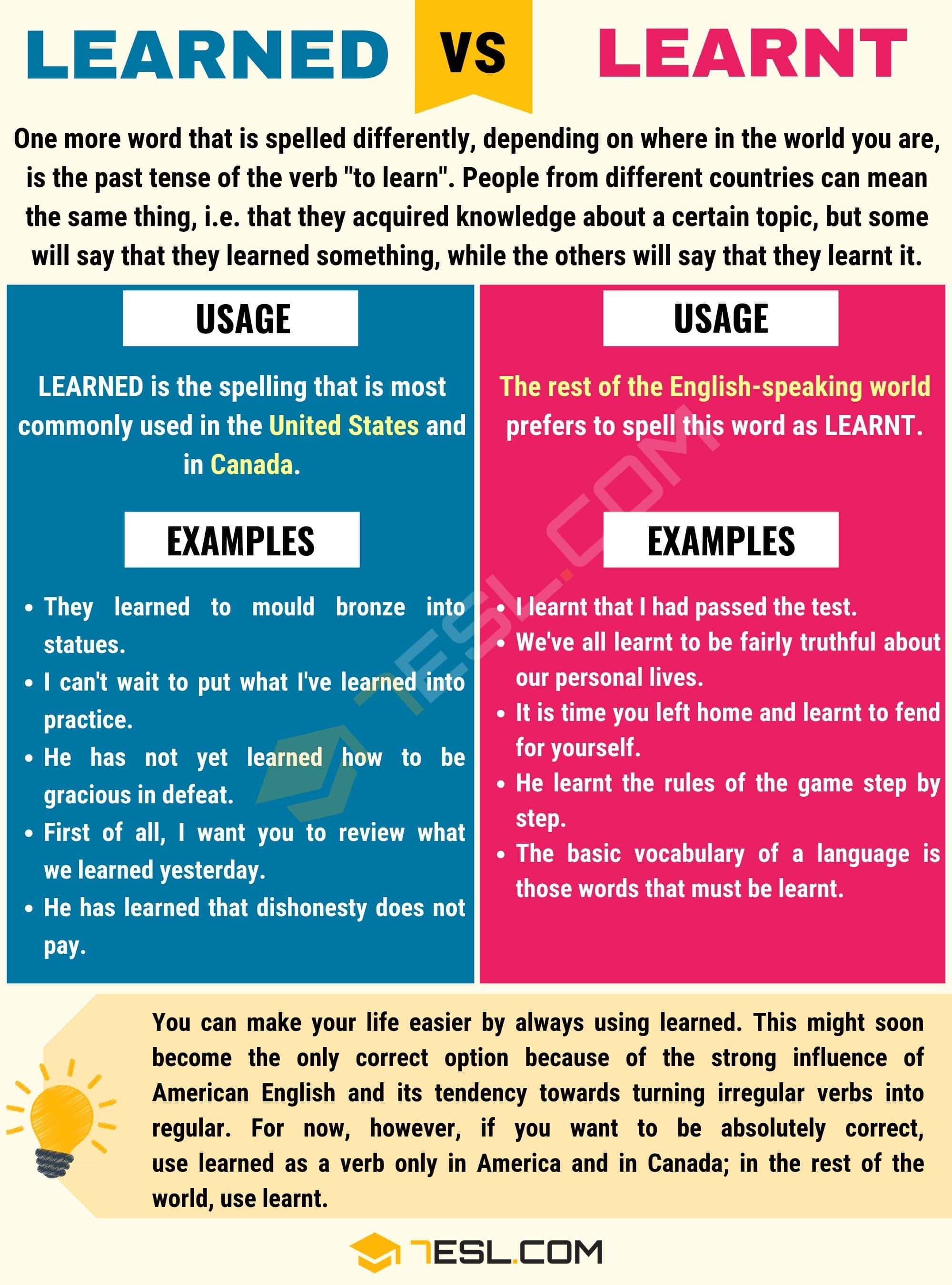 British vs American Spelling: Difference between Learnt vs. Learned