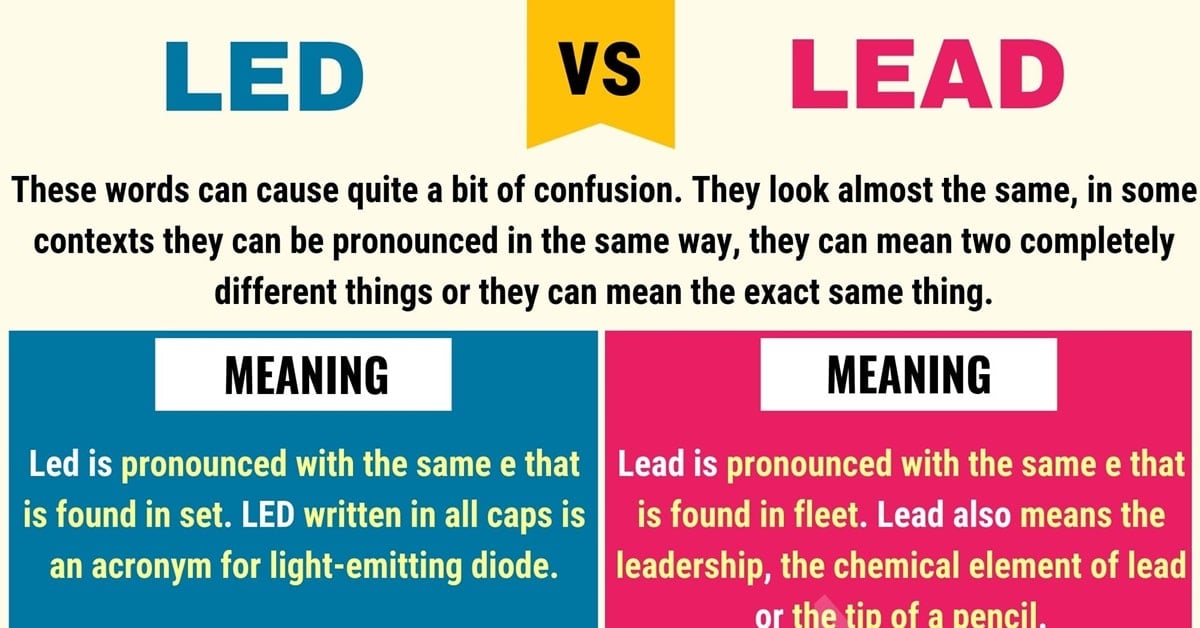 Difference between led vs. lead. These words can cause quite a bit of confusion. They look almost the same, in some contexts lead and led can be pronounced in the same way, they can mean two completely different things or they can mean the exact same thing.

LED written in all caps is an acronym for light-emitting diode and it is pronounced one letter at a time, just like the USA.

When to Use Led

When to Use Lead

If you want to talk about any kind of leadership, you should use lead, it doesn’t matter if you’re leading cows on a lead, soldiers to their deaths, or your band as the lead singer. If you like chemistry, pencils, or heavy metals you should also use lead.

Tips for the Differences between Led vs. Lead

If you’re talking about leadership in the past or lights, the correct word is led.

How to Use Lead vs. Led | Infographic

Lead or Led – What’s the Difference between Led vs. Lead? 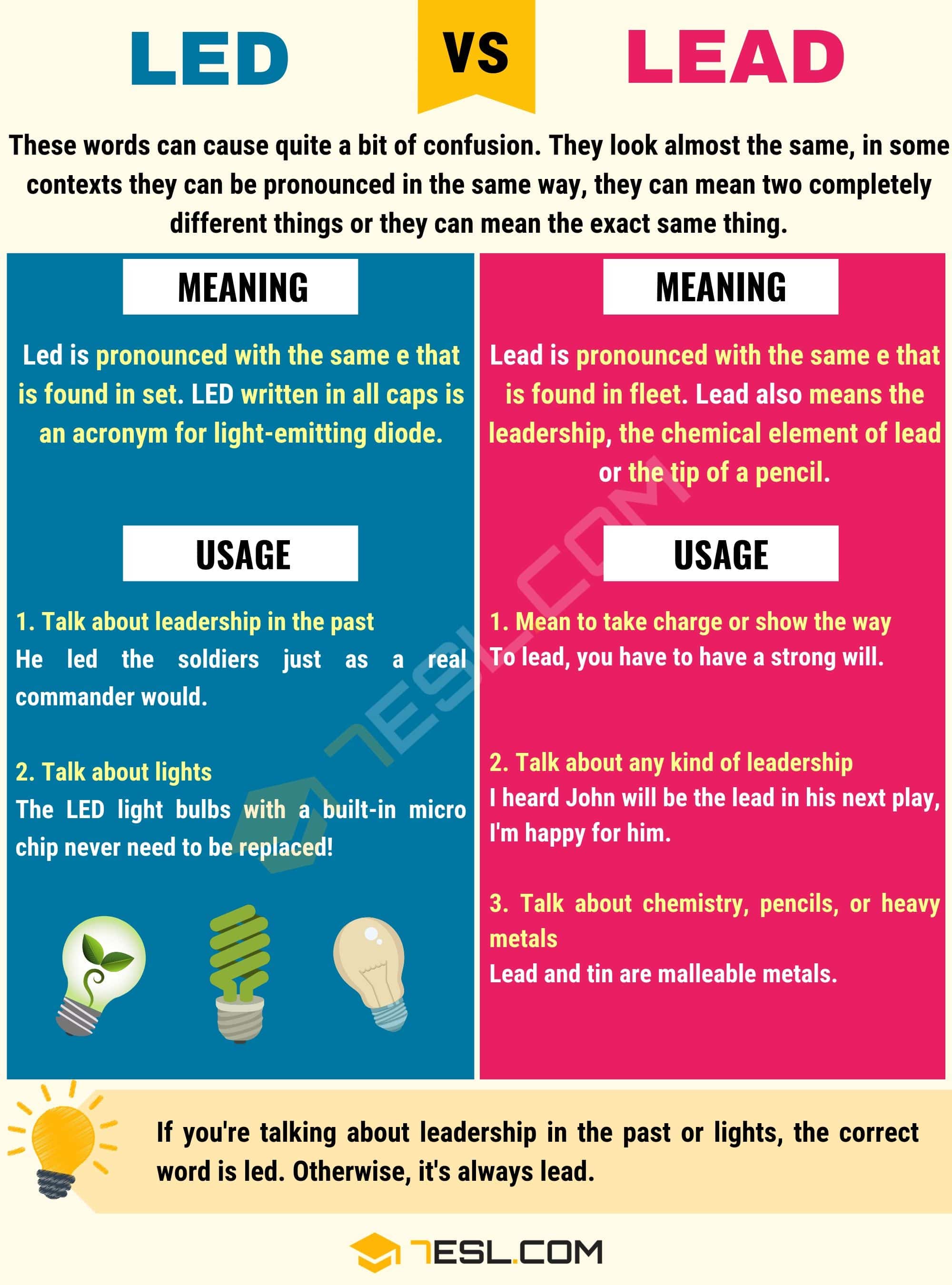