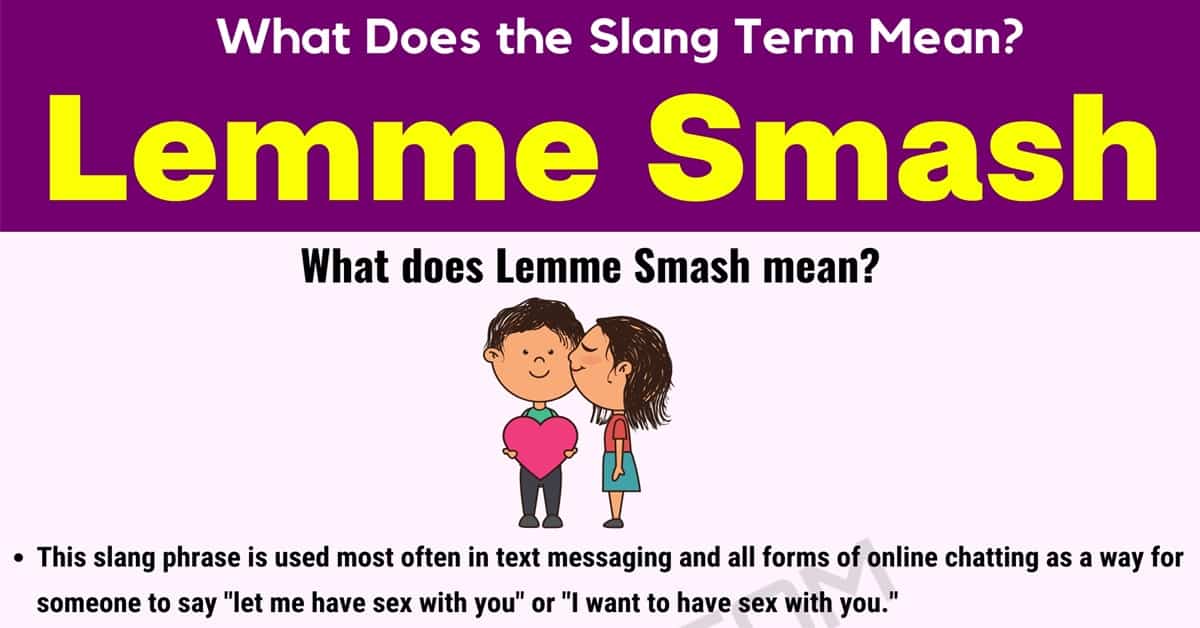 The internet slang term “lemme smash” has risen in popularity over the years since the term had spread quickly across social media. It is a good thing you came here then to discover the exact meaning of this term, the story about its origin, and some other meanings if there are any.

Conversation examples are provided as a further resource for learning about this term. Finally, you will learn some phrases that are similar in meaning and can be used in place of this slang term to convey the same message.

What Does Lemme Smash Mean?

The slang term “smash” had been used as another way of saying “have sex” since at least 2003. Usage of the term spread wildly before other words began to be added to the term making it a phrase. In October of 2014, the slang term that is the focus of this article was mentioned and defined for the first time and it has now become one if the most widely popular terms throughout the internet due to its social media popularity.

Although some people use this term as a play on words to mean come play the Nintendo game Super Smash Brothers, this is the only other known meaning other than what was mentioned previously.

A conversation between two friends via text messaging.

There are several synonymous phrases that you could use to take the place if this one that mean the same thing and will cover the same message. Some of the other phrases you can used include: 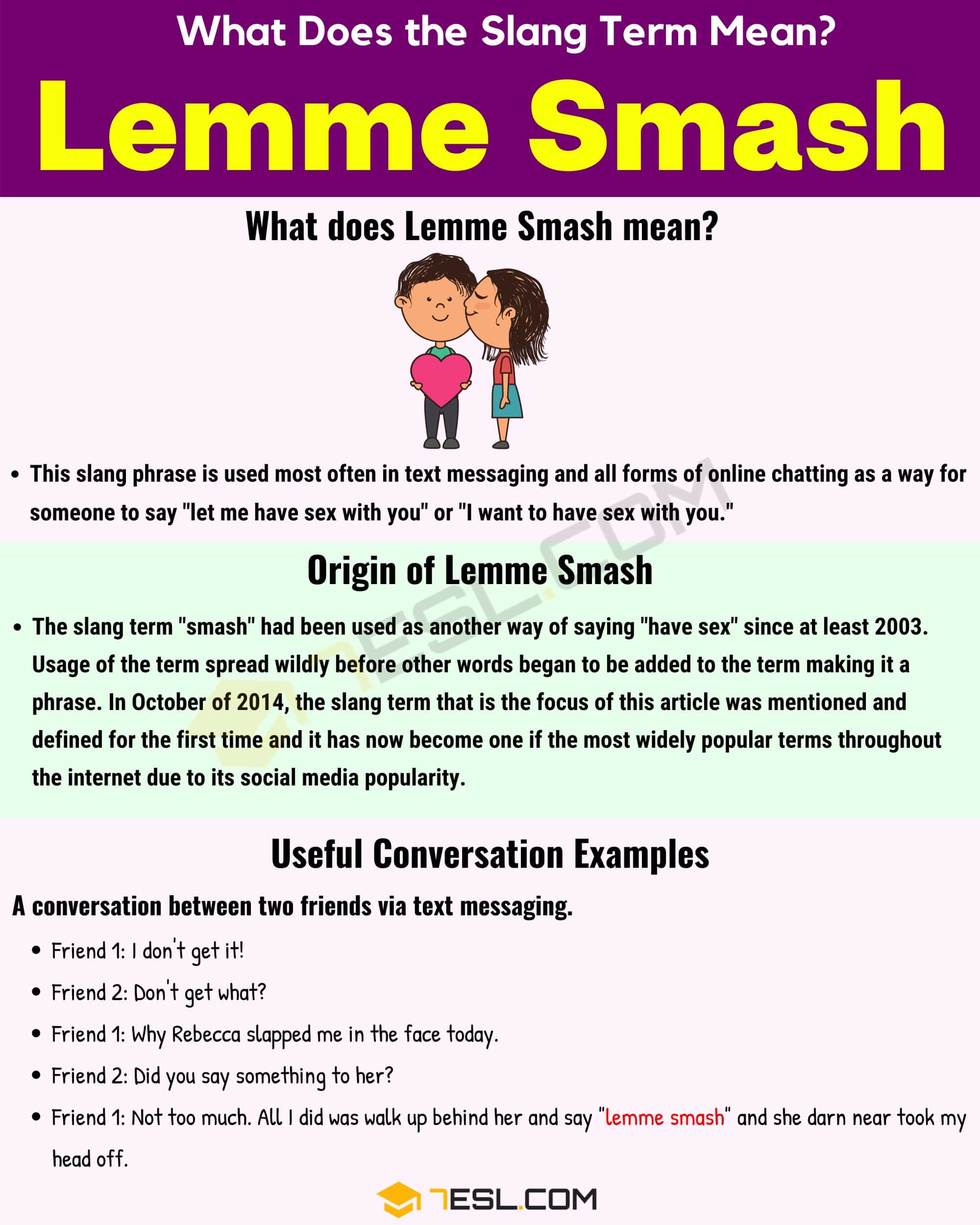