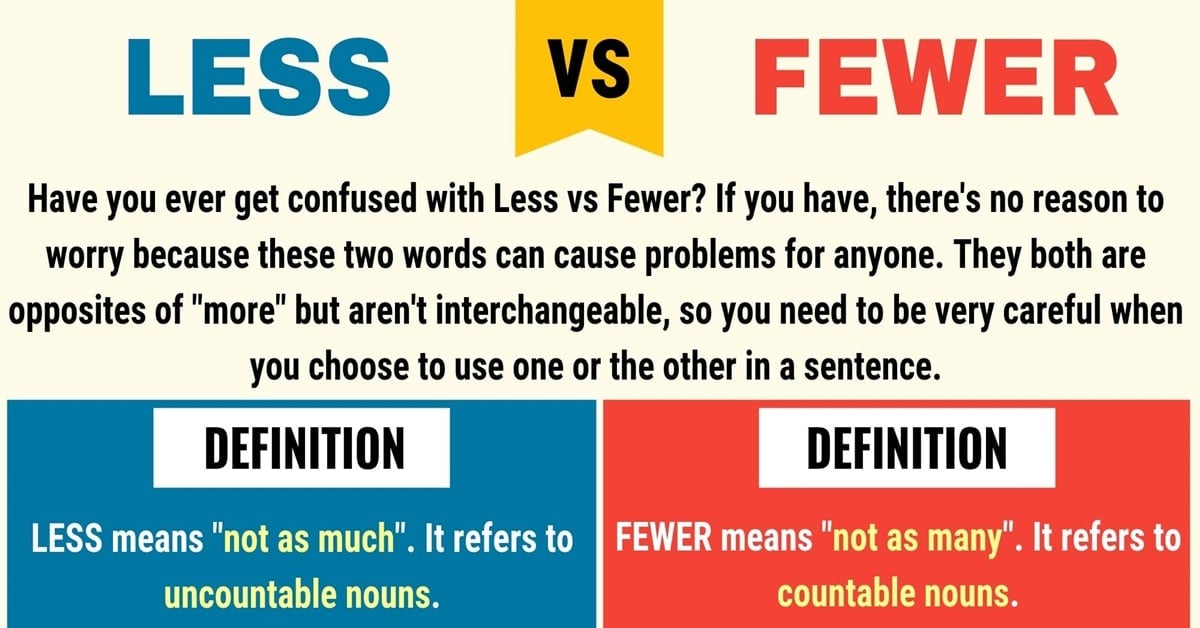 Less vs. fewer! Have you ever get confused with less vs. fewer? If you have, there’s no reason to worry because these two words can cause problems for anyone. They both are opposites of “more” but aren’t interchangeable, so you need to be very careful when you choose to use one or the other in a sentence. Thankfully, the difference between them is pretty simple.

When to Use Less vs. Fewer

Look at the sentence, “John got higher grades this year because he’s spent fewer/ less hours playing computer games than before”. “Hours” is a countable noun, and this is the reason why, in this case, you should use fewer.

What about this example, “With Mary’s food in my fridge, there’s less space for me to put mine”? Here, “space” is an uncountable noun, since you can’t put an “s” at the end of it. This means that the word that fits is less.

Sometimes two sentences can have the same meaning and look almost the same, but you’ll still need to use different words in them. One example would be the following pair:

Of course, there are exceptions that you need to be aware of. For instance, even though you can count money, you still need to use less when you’re talking about it, e.g. “I have less than a hundred dollars on my bank account”. The same applies to time and weight, e.g. “Alice has been studying Spanish for less than six months”, “This bag weighs less than two kilograms”.

Difference between Fewer vs. Less | Picture 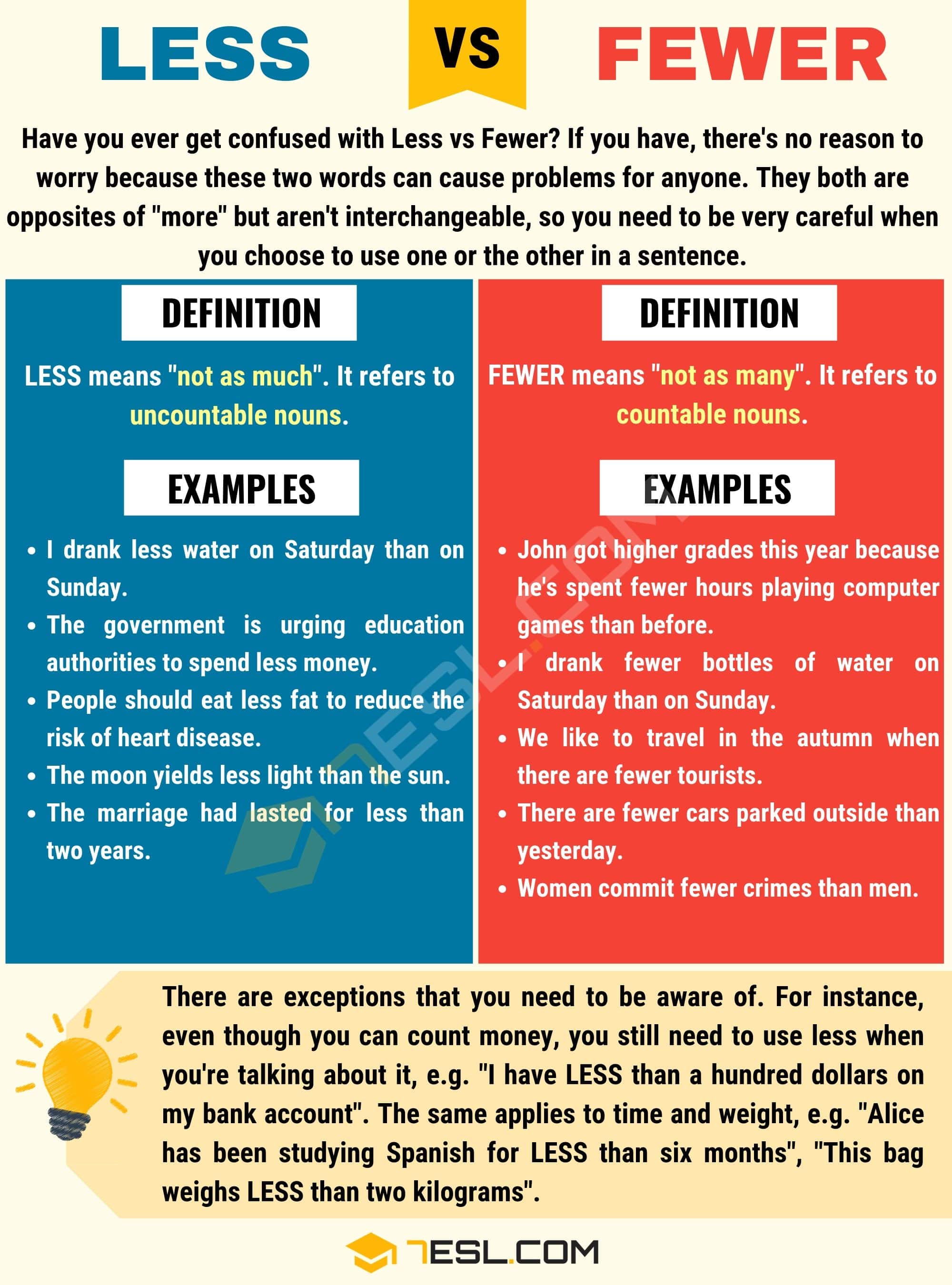 Less vs. Fewer: How to Use Fewer vs. Less in English?

You could ask ” ‘Do’ you ever get confused…”

I agree, it’s ironic that they are lecturing on grammar when the infographic makes an arguably much simpler mistake. How bizarre