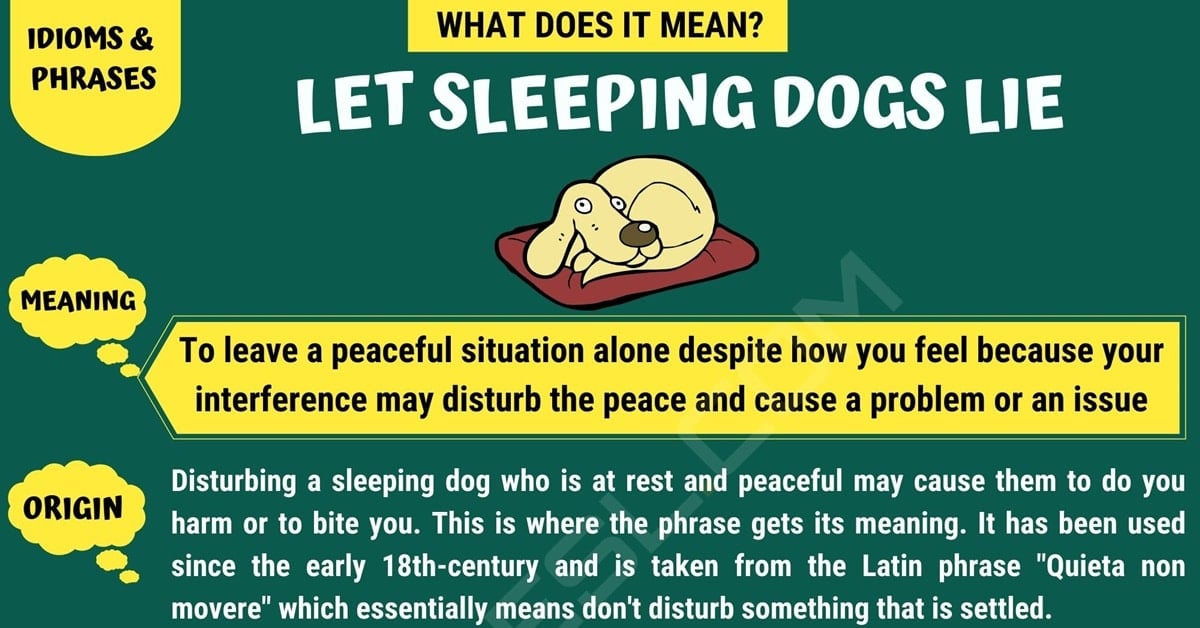 The interesting idiomatic term “let sleeping dogs lie” is used frequently as a part of everyday conversation. It is an illustrative term that people seem to like. However, for people who aren’t familiar with the phrase, it will seem confusing. This is probably what led you to this page. Here you will find the meaning of this phrase, information about its origin, and some example sentences and conversations so you can see how the phrase is used in context and gain a more in-depth understanding. You will also discover some alternative words or phrases that you can use in place of the phrase “let sleeping dogs lie” to relate the same meaning in a conversation.

The idiom “let sleeping dogs lie” means to leave a peaceful situation alone despite how you feel because your interference may disturb the peace and cause a problem or an issue.

Disturbing a sleeping dog who is at rest and peaceful may cause them to do you harm or to bite you. This is where the phrase gets its meaning. It has been used since the early 18th-century and is taken from the Latin phrase “Quieta non movere” which essentially means don’t disturb something that is settled. 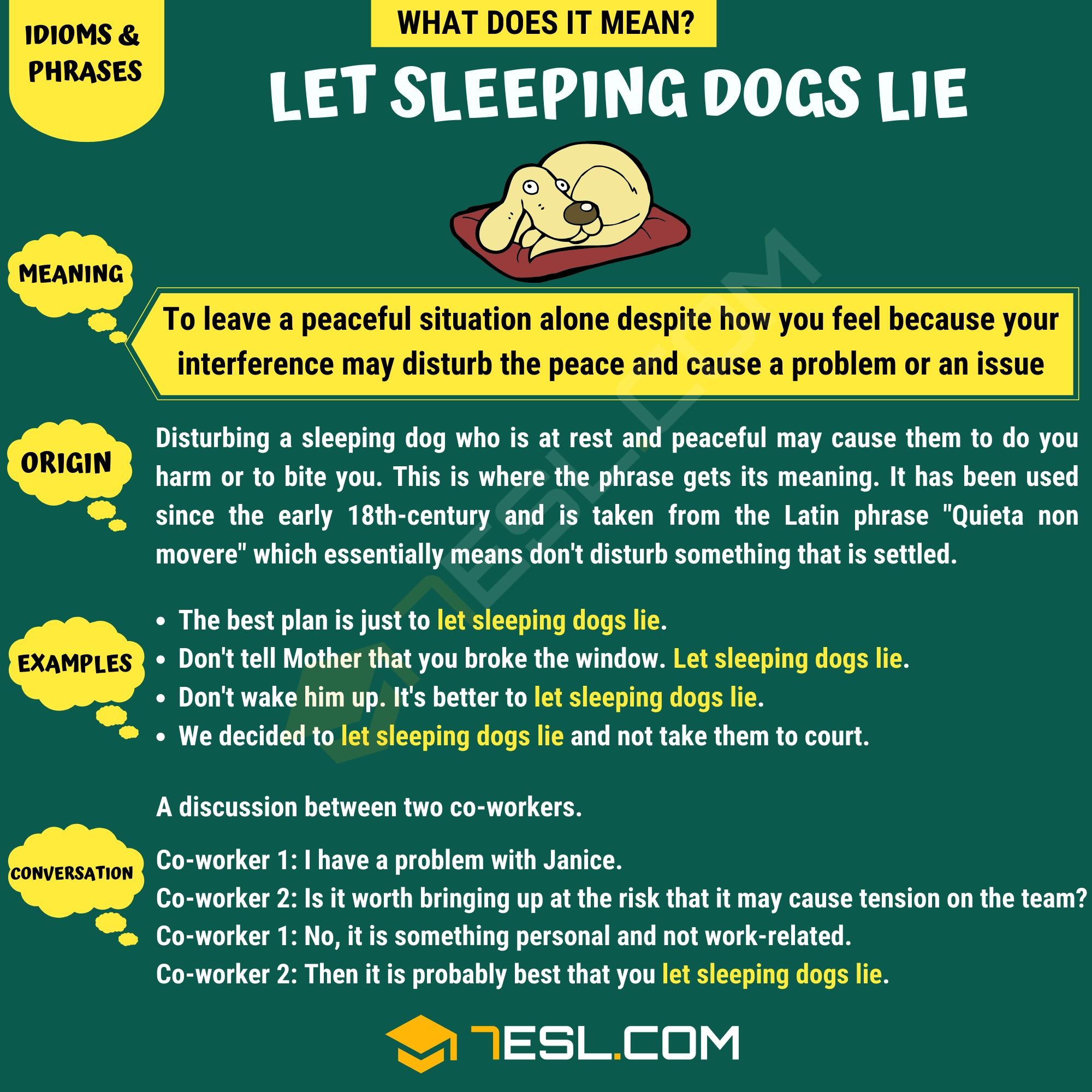