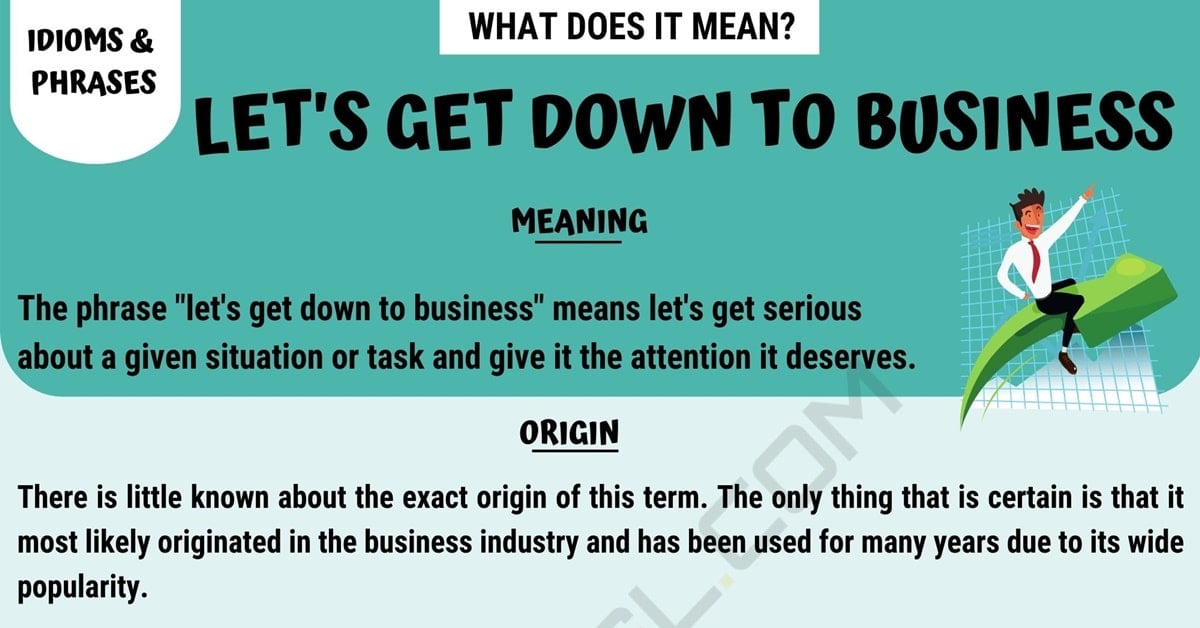 The phrase “let’s get down to business” is one that you will most likely encounter quite frequently in everyday conversation or writing. Here you will find the meaning of this phrase and some information regarding its origin. You will also find examples of how to use the phrase properly in everyday conversation and see some suggestions of alternative ways to say this phrase while still conveying the same meaning.

Let’s Get Down to Business

Let’s Get Down to Business Meaning

The phrase “let’s get down to business” means let’s get serious about a given situation or task and give it the attention it deserves.

There is little known about the exact origin of this common English idiom. The only thing that is certain is that it most likely originated in the business industry and has been used for many years due to its wide popularity.

“Let’s Get Down to Business” Examples

A statement made by a local politician just elected to office.

A statement made by a celebrity involved in a recent scandal when asked a question during an interview.

A conversation among team members in the office.

A conversation among students in a classroom.

Other Ways to Say “Let’s Get Down To Business”

There are many alternative ways to say “let’s get down to business” and still convey the same meaning. Some of these other ways include:

Let’s Get Down to Business | Image 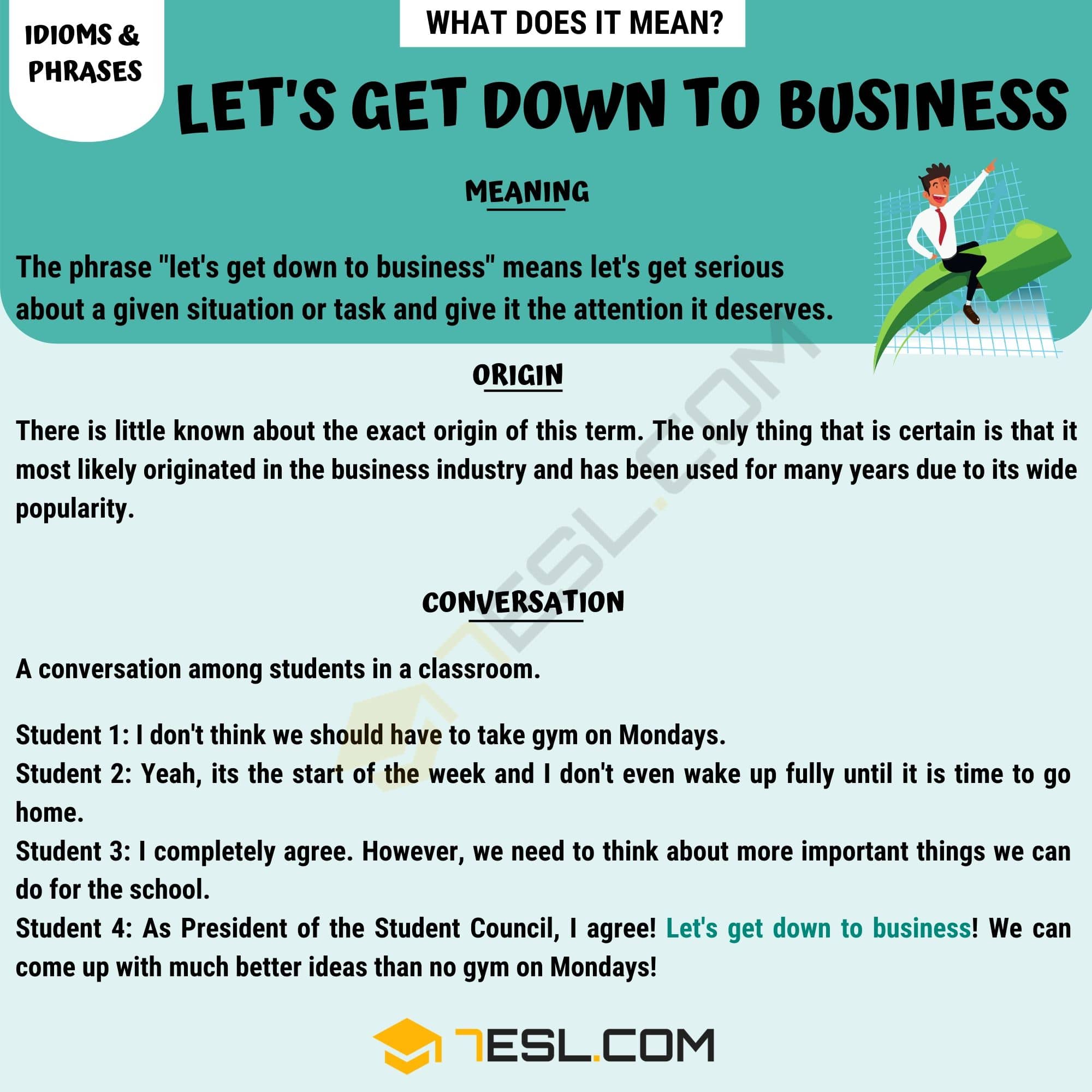