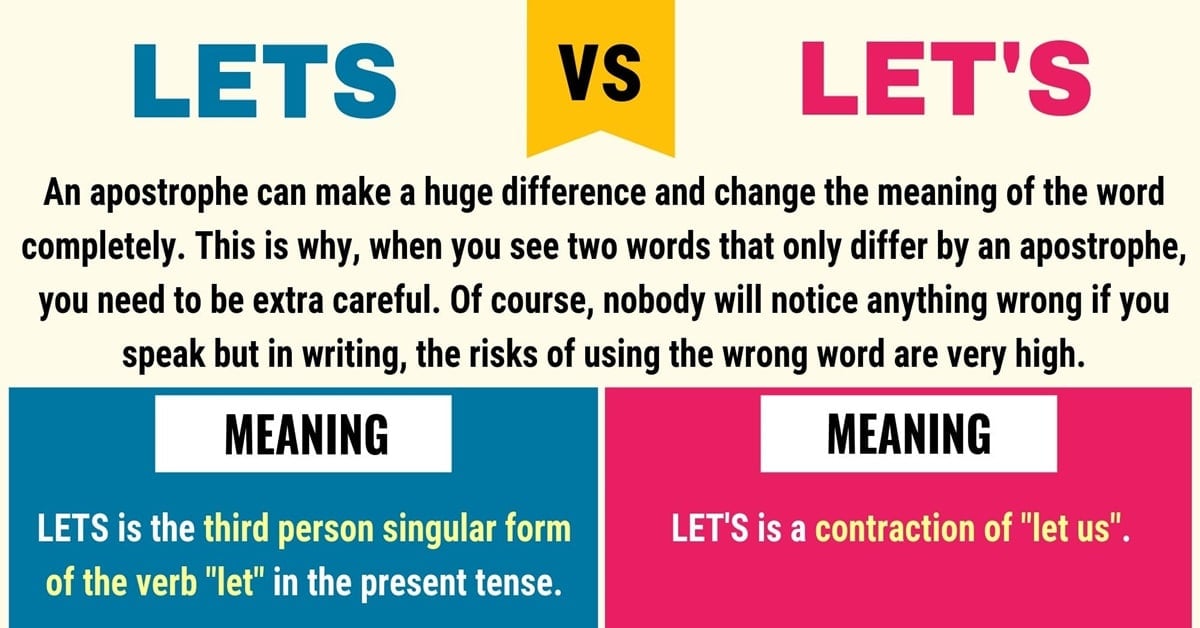 Lets vs. let’s! An apostrophe can make a huge difference and change the meaning of the word completely. This is why, when you see two words that only differ by an apostrophe, you need to be extra careful. Of course, nobody will notice anything wrong if you speak but in writing, the risks of using the wrong word are very high. An example of such words is lets and let’s. In order to never get these words confused again, read on.

LETS is the third person singular form of the verb “let” in the present tense, while LET’S is a contraction of “let us”. Even though both these words come from the same verb that means to “to allow”, their meanings and uses in a sentence are very different.

When Do You Use Lets or Let’s?

When you’re speaking about someone giving someone else permission to do something, you need the version without an apostrophe. For instance, you can say, “Kevin’s mother lets him go out if he finishes all of his homework by the time she gets home”.

On the other hand, when you’re making a suggestion, you need the version with an apostrophe. For example, if you want to go to watch the new movie with your friends, you can tell them, “Let’s go to the cinema”.

How do you know that you’re using the right word? If you can use the full version of the contraction, i.e. let us, then you need to use let’s. This will also make your writing look more formal. If you’ve made dinner for your whole family, you can invite them to the table by saying, “Let’s eat” or “Let us eat”. Because both of these phrases make perfect sense, you need an apostrophe.

When to Use Lets or Let’s | Image 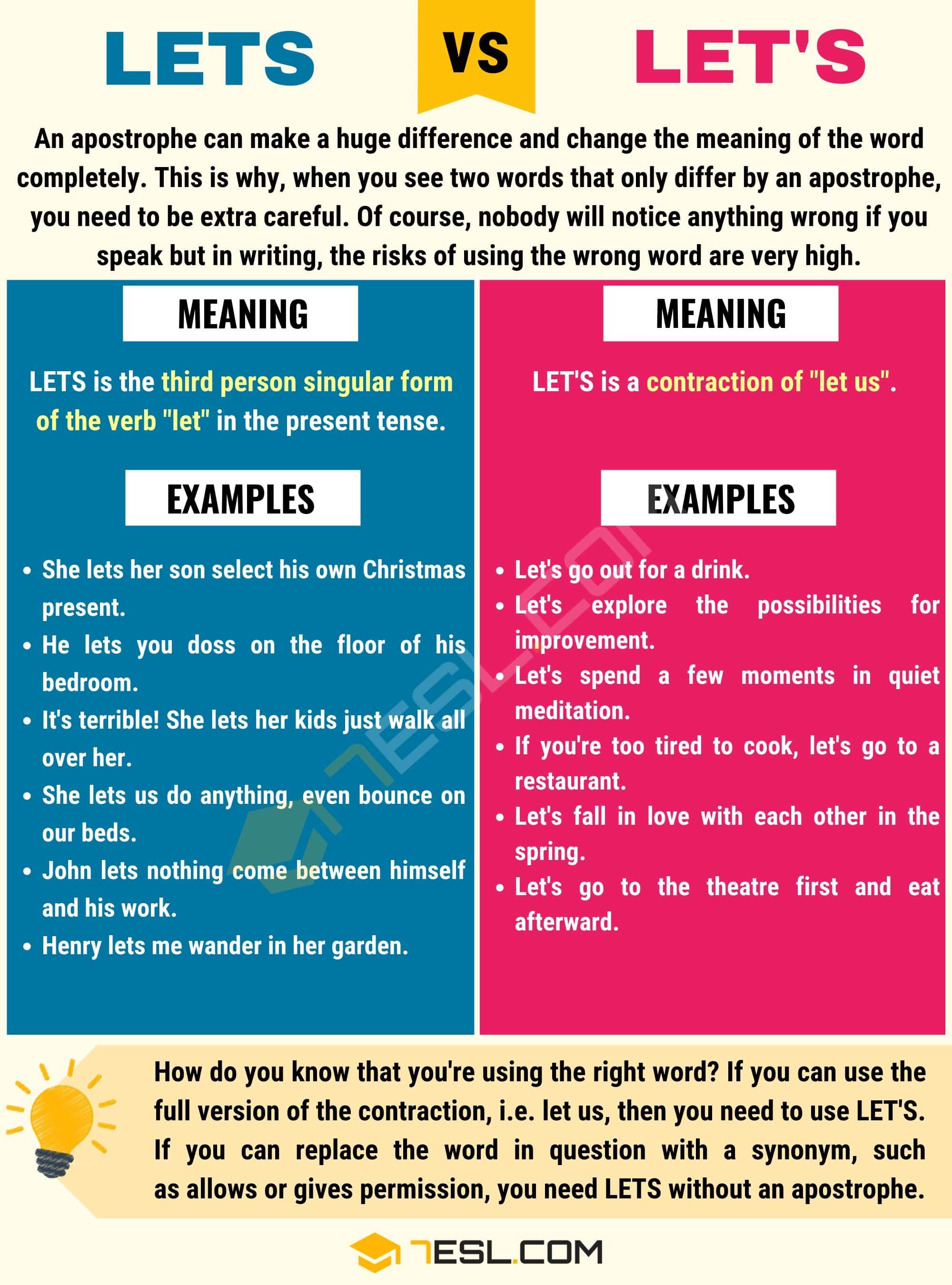