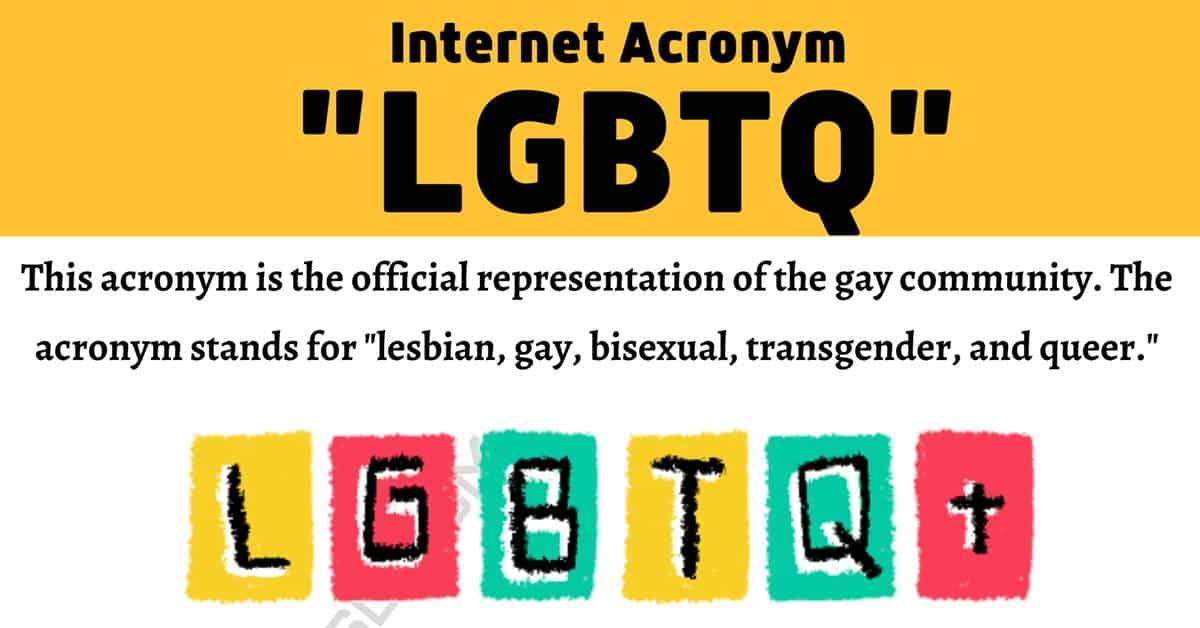 The acronym “LGBTQ” is widely used on the internet, in text messaging, and all other forms of communication to represent a particular group of people. Odds are you will encounter this phrase repeatedly throughout your day to day life and probably already have if you ended up here looking for its meaning. Fortunately, you have come to the right place. Here you will find the meaning of this acronym and what it represents. You will also find details about its origin and some other meanings. Conversation examples are presented here also so you can learn how this term is properly used in a conversation and to help you better understand its meaning. Lastly, you will discover some synonyms for this acronym that can be used in its place.

What Does LGBTQ Mean?

This acronym is the official representation of the gay community. The acronym stands for “lesbian, gay, bisexual, transgender, and queer.”

This acronym has been used to represent members of the homosexual community since 1996. There are no other origin details that provide information on where it first used or who first used it.

There is one variation of this term and what it represents. To some, the acronym stands for “lesbian, gay, bisexual, transgender, and questioning.” Other than this slight variation in the words that this acronym represents, there are no other meanings.

A conversation between mother and daughter via text message.

The acronym can be represented in many different ways because there is no rule set in stone that the letters must appear in any particular order. Although the acronym shown here is the most widely used, it can also appear as GLBTQ, BGLTQ, TBGLQ, or any other letter combination. However, no matter how the letters are ordered they still represent the same thing as stated above in the meaning. 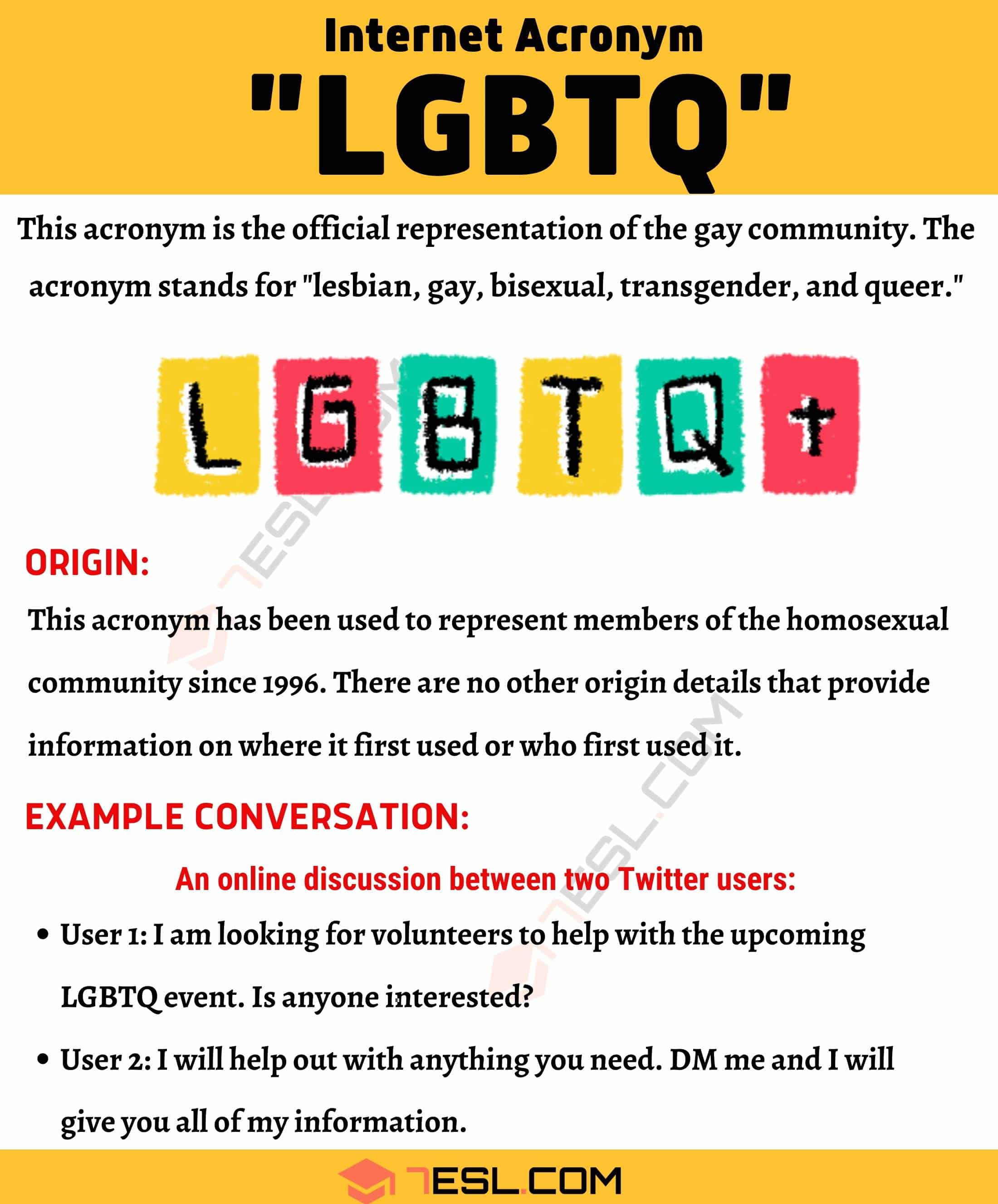 I love become a gay