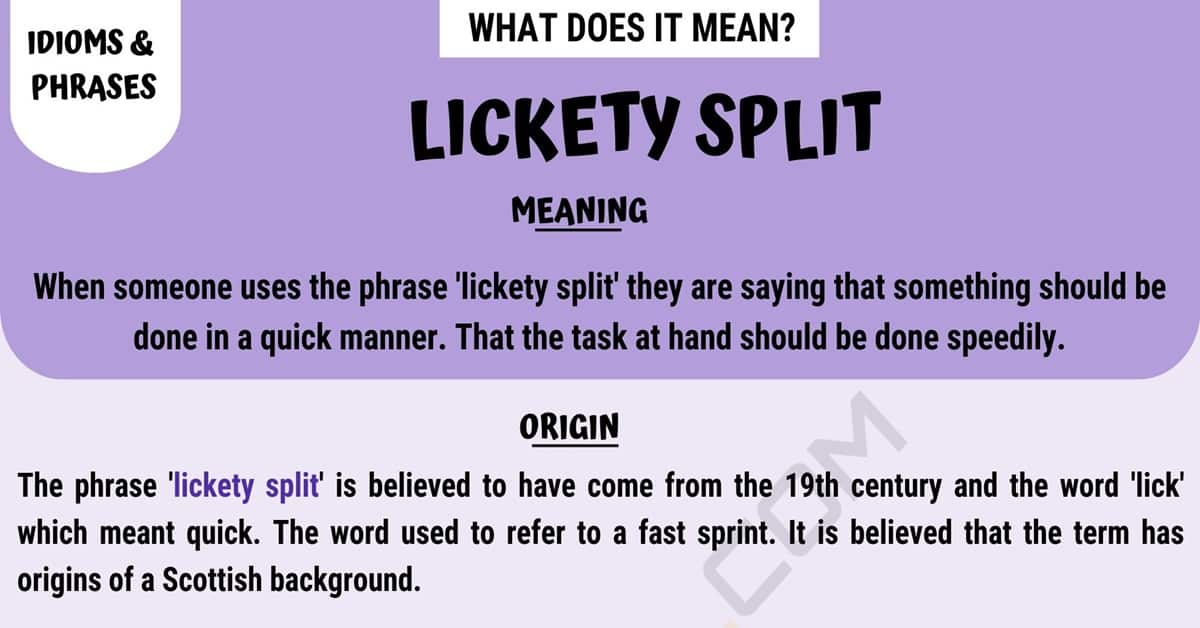 The term ‘lickety split’ may be heard in a number of English conversations, but what is the meaning of this saying? We are going to take a look at what this saying means and how it can be used in a conversation. We will also look into the history of the term and where it originally came from.

When someone uses the phrase ‘lickety split’ they are saying that something should be done in a quick manner. That the task at hand should be done speedily.

The phrase ‘lickety split’ is believed to have come from the 19th century and the word ‘lick’ which meant quick. The word used to refer to a fast sprint. It is believed that the term has origins of a Scottish background.

This is a statement being made by a mother.

Here is a statement which is being made by a teacher.

There are many times that the interesting idiomatic term ‘lickety split’ might be used in a conversation, Here are some examples to show you how it might work.

The first conversation is happening between two friends who are catching a bus.

This next conversation is between a boss and his employee.

There are many other ways in which you can express the meaning of the term ‘lickety split.’ Here are some examples of other things you might say. 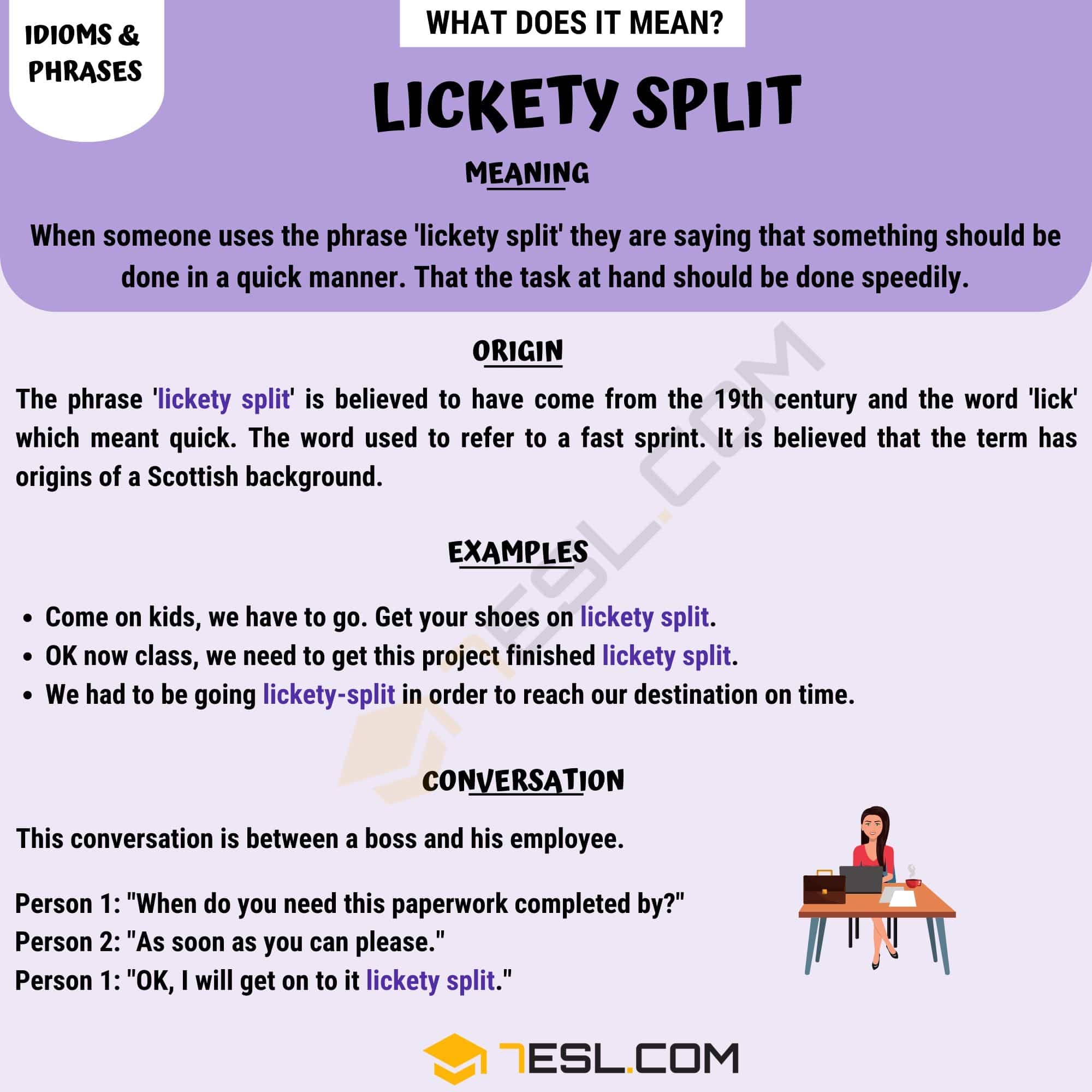