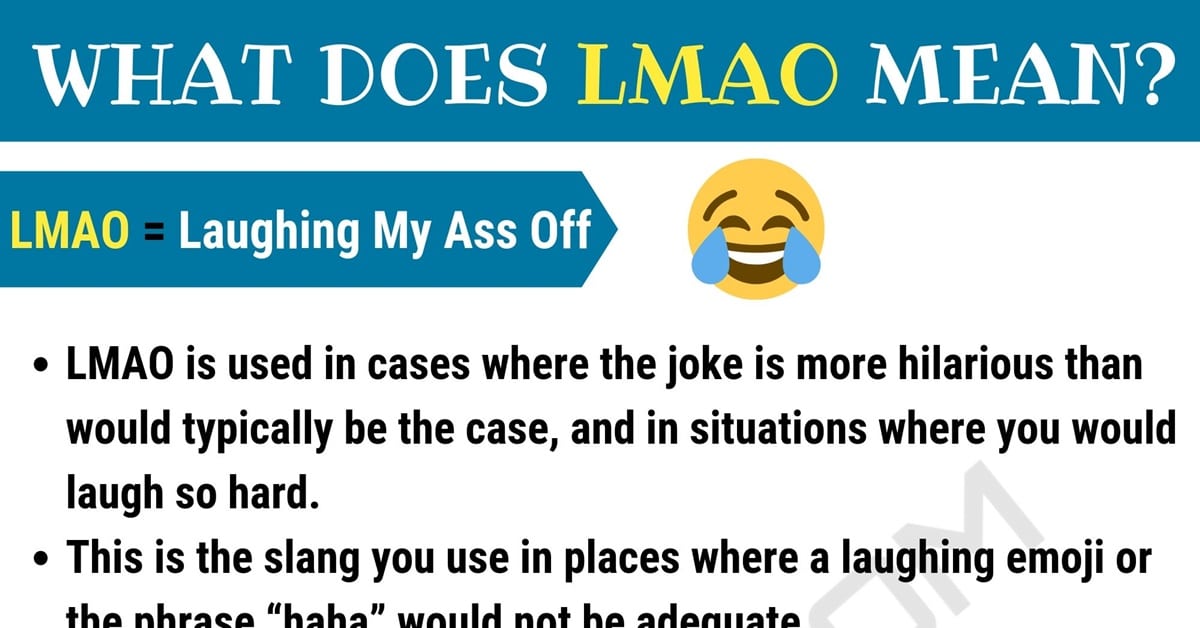 What does LMAO mean? Are you searching for the definition of LMAO? Learn the meaning, how, and when to use this internet slang word with useful text conversations in English.

What Does LMAO Mean?

LMAO is a very common word, and you will find it being used in regular messages, chats, and even social media sites like Twitter and Facebook. The word is used in written conversations, just as many other internet slang. The slang is used by people of all ages, since many people know about it and what it means. But LMAO is not a formal word.

LMAO is “Laughing My Ass Off”

LMAO is used when you find someone unusually funny. It is used in cases where the joke is more hilarious than would typically be the case, and in situations where you would laugh so hard. In fact, this is the slang you use in places where a laughing emoji or the phrase “haha” would not be adequate. It is also used as a stronger version of the slang LOL (laughing out loud)

Other Meanings of LMAO 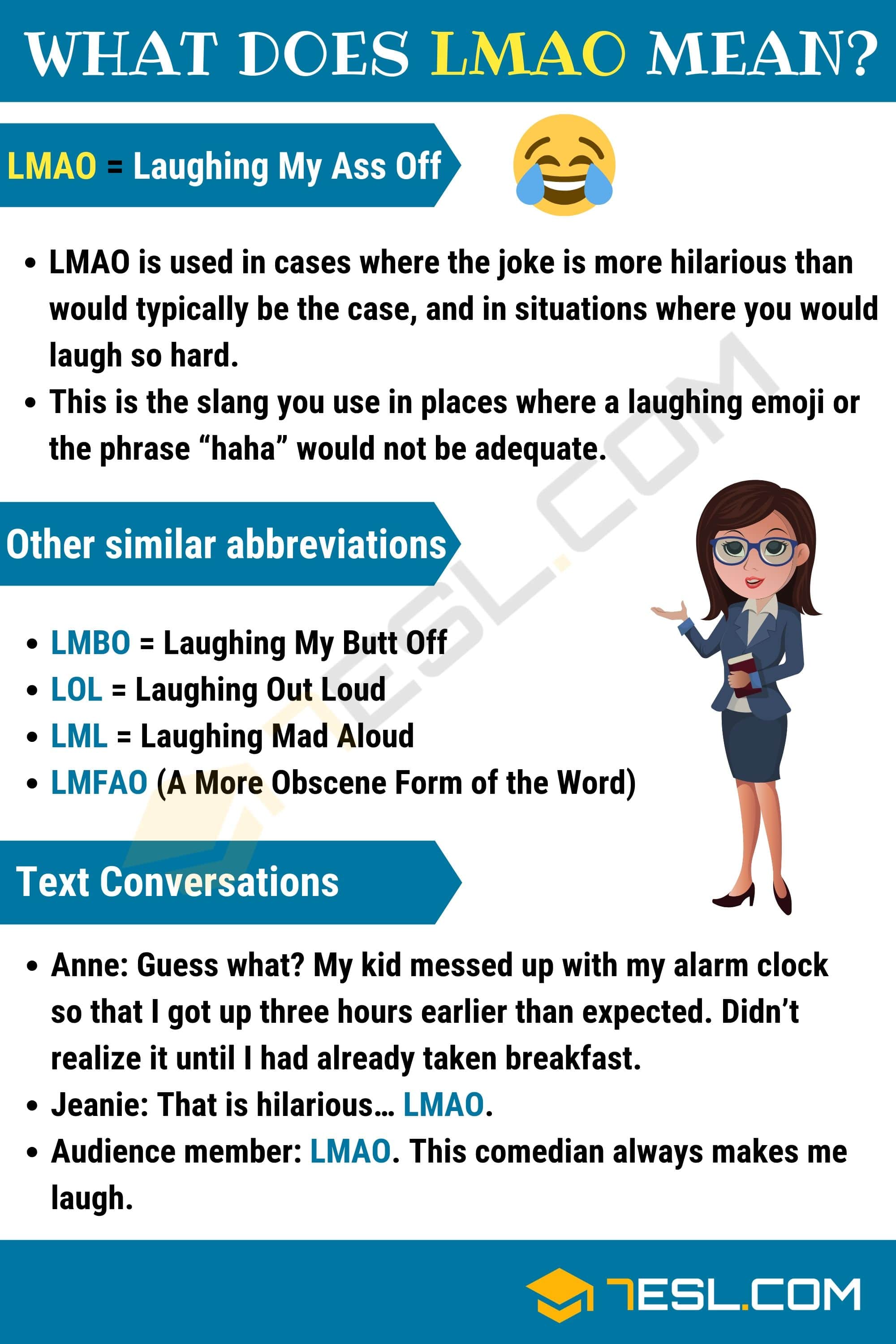 Other Ways to Say “LMAO”

“Laughing My Ass Off” Synonyms with Examples 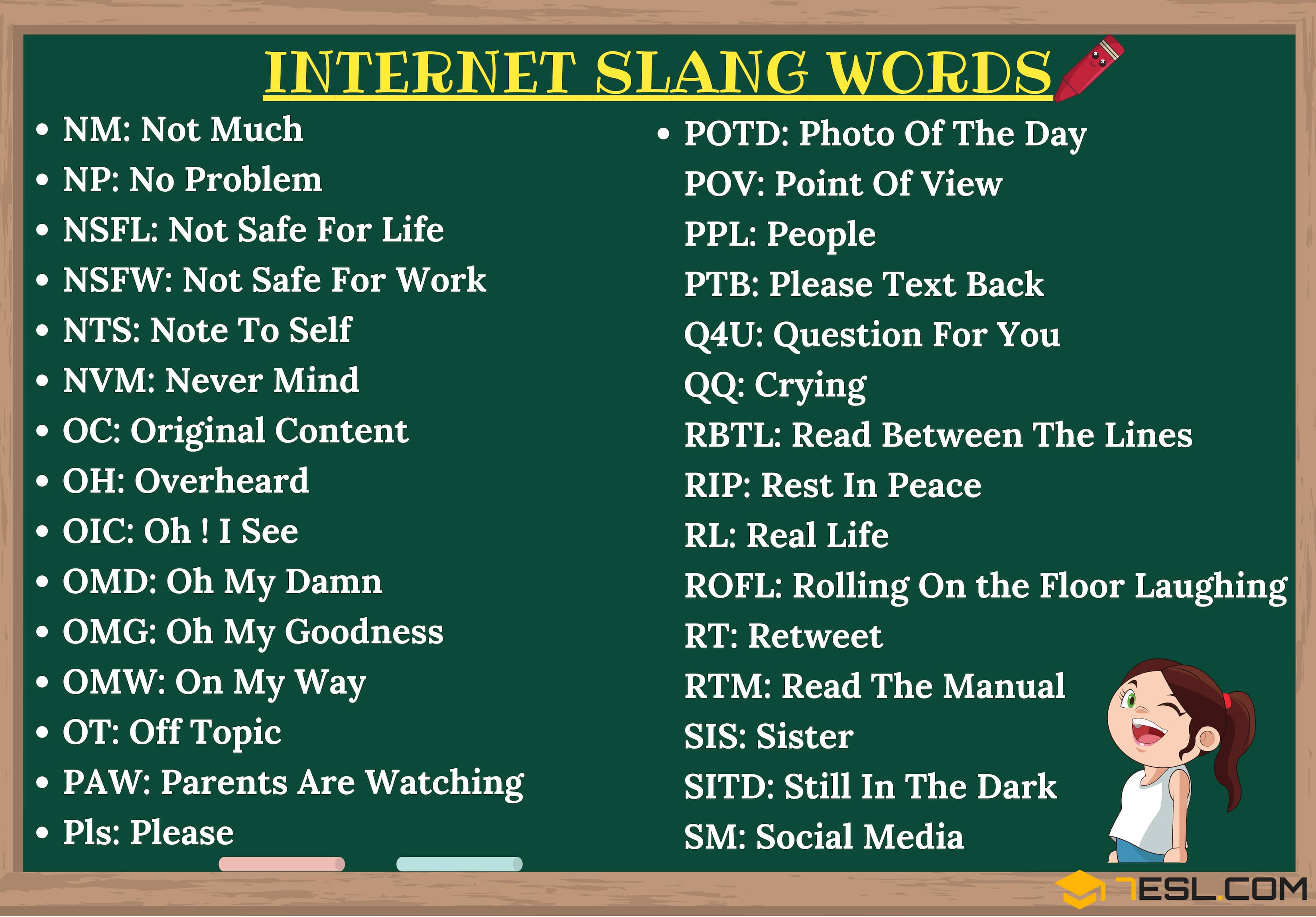 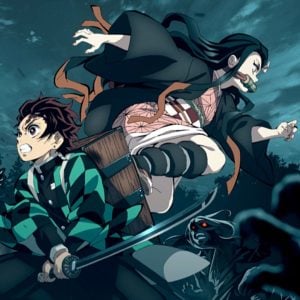 l**o use it all the time