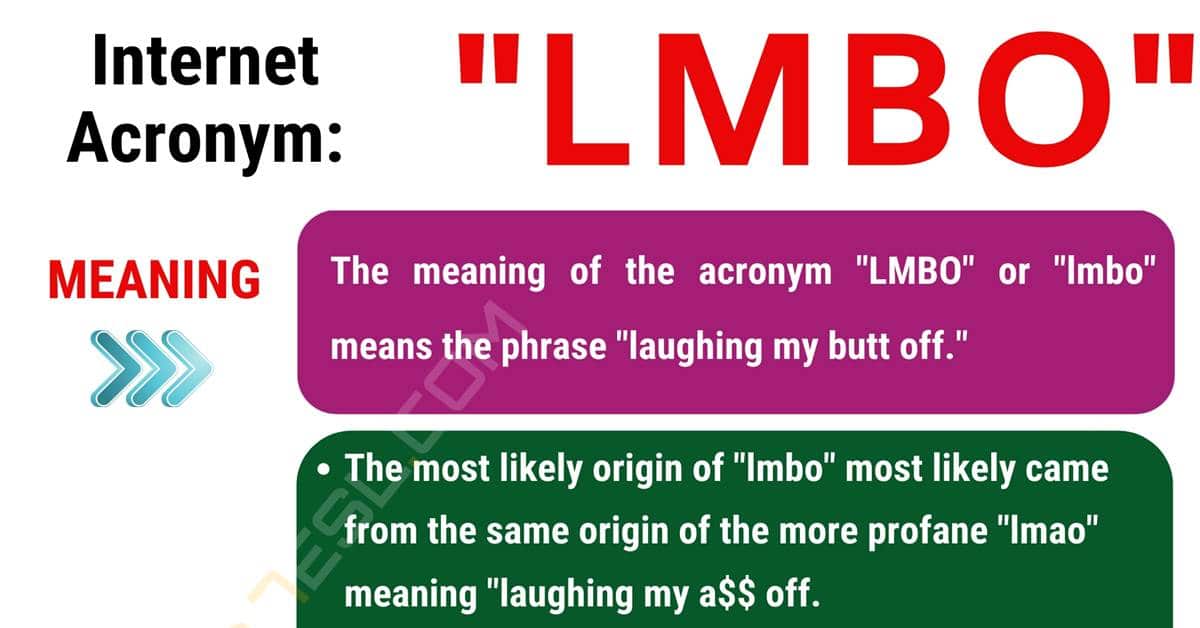 “LMBO” or “lmbo” is a popular acronym used in internet chatting and text messaging, but what exactly does it mean? Here you will find the meaning of this well-known acronym, information on its origin if there is any available, and some possible other meanings if they exist. You will also view some examples of how this acronym is used in conversation and discover some alternative ways to convey the same meaning.

What Does LMBO Mean?

The meaning of the acronym “LMBO” or “lmbo” means the phrase “laughing my butt off.”

The most likely origin of “lmbo” most likely came from the same origin of the more profane “lmao” meaning “laughing my a$$ off.” This acronym came about from the origin of the acronym “lol” meaning “laughing out loud.” “Lmao” started being used after “lol” to show that something was funnier and warranted more than a simple “lol.” This occurred sometime during the 1990s as internet chatting and text messaging were beginning to escalate in popularity as a form of communication. “Lmbo” most likely came about as a means for people who do not like to curse to say the same thing as those who were using “lmao.”

The Urban Dictionary suggests a few alternative meanings for the acronym “lmbo” or “LMBO.” According to user contributions on the site, the acronym can also mean “laughing my boobs off” or “laughing my balls off.”

An online chat exchange between two players in a game.

Other Ways to Say “LMBO” 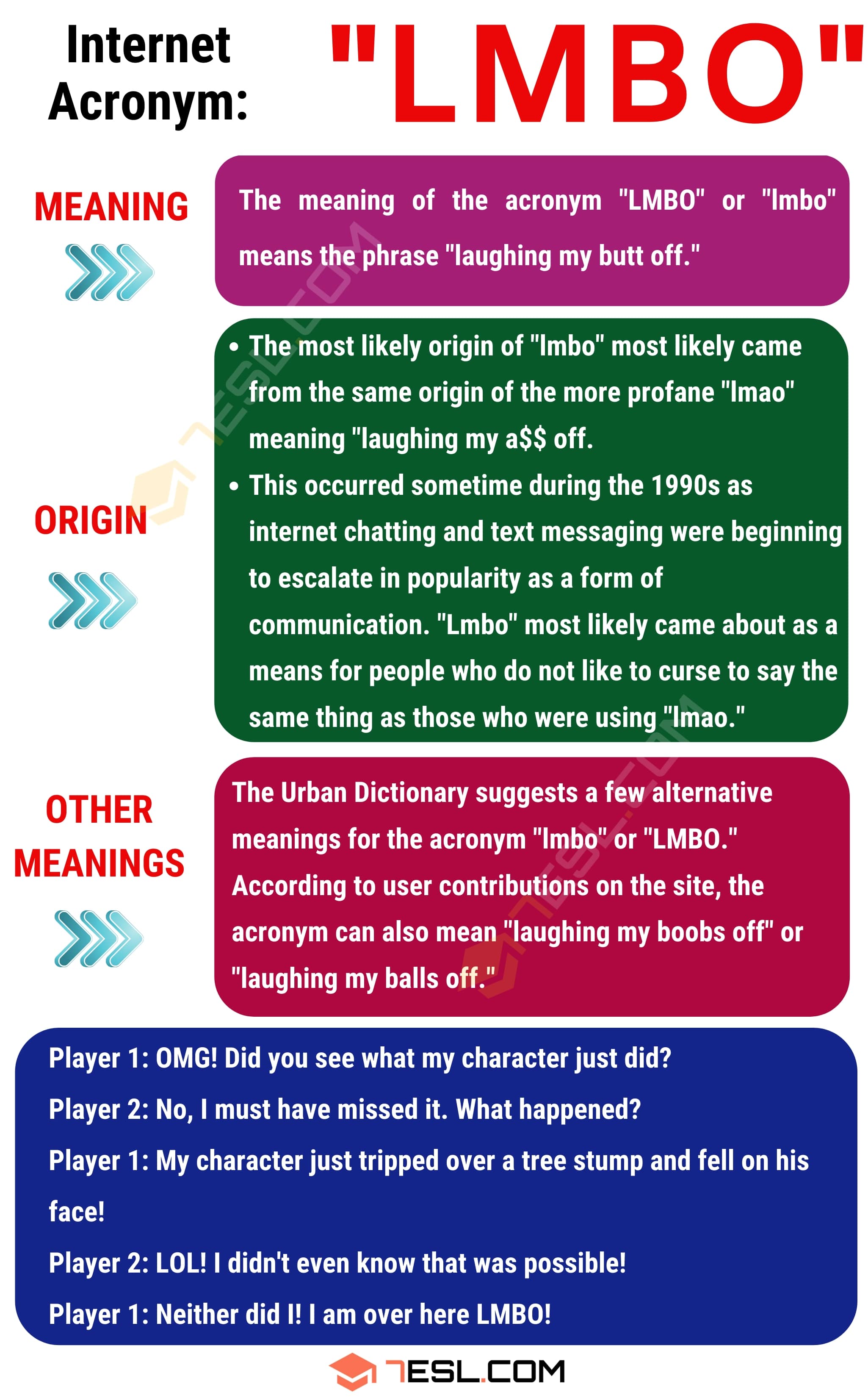