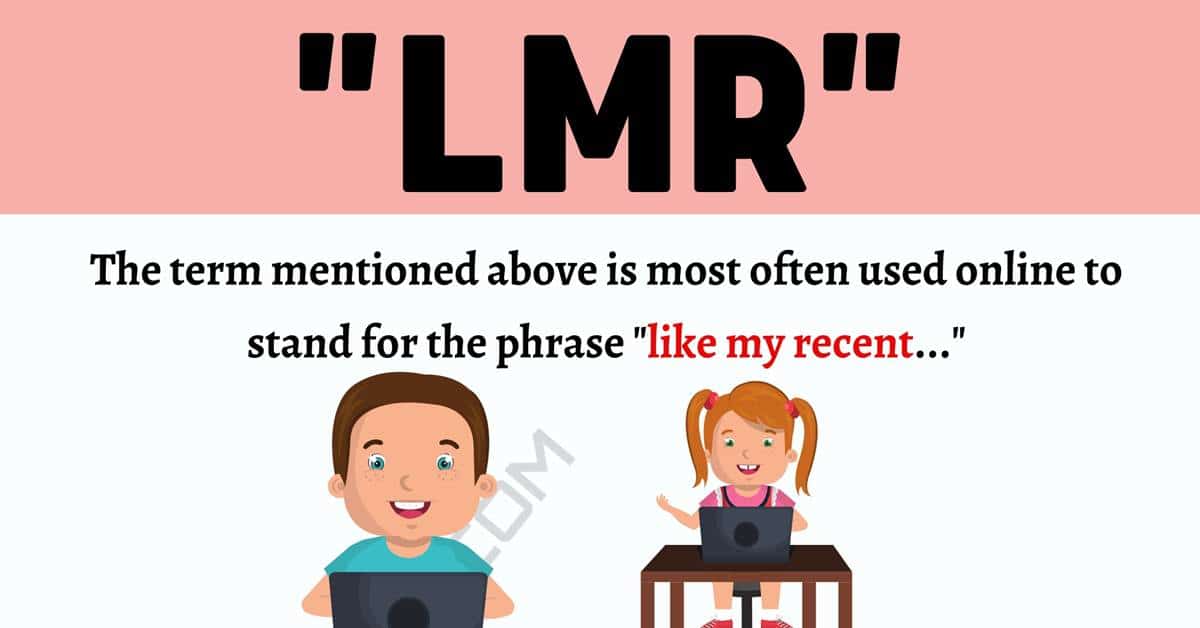 If you spend a lot of time on Instagram, then you are more likely to see and be familiar with the popular acronym “LMR.” However, if you only recently came across the acronym and were pondering its meaning, then your thirst for knowledge made you land on the correct page. Below you will not just find the definition of this term, but additionally, you will unearth the details of its first usage, and discover some alternate meanings. You will have the chance to read over sample conversations just to see how the acronym is used properly in context to enrich your understanding of its definition. The last thing you will discover is some other ways to state this phrase while still conveying the same meaning.

What Does “LMR” Mean?

The term mentioned above is most often used online to stand for the phrase “like my recent…” It is often followed by the thing that the person is asking you to go and like such as a picture, status, or any type of recent posting.

The usage of this acronym originated on the popular social media site Instagram. There is no other specific information regarding the first time this acronym was used other than to say that it has been used since at least 2017 but was probably already in use prior to this date.

As is the case with nearly all acronyms, this one is also used to represent more specific things in certain scenarios. Some other phrases, official titles, etc. that it can also represent are “Land Mobile Radio,” “Local Memory Region,” “Linear Multiple Regression,” “Laser Magnetic Resonance,” and “Local Message Rate.”

There are many synonymous phrases that can be deployed to replace this term without altering its meaning. Some terminology you could utilize instead includes: 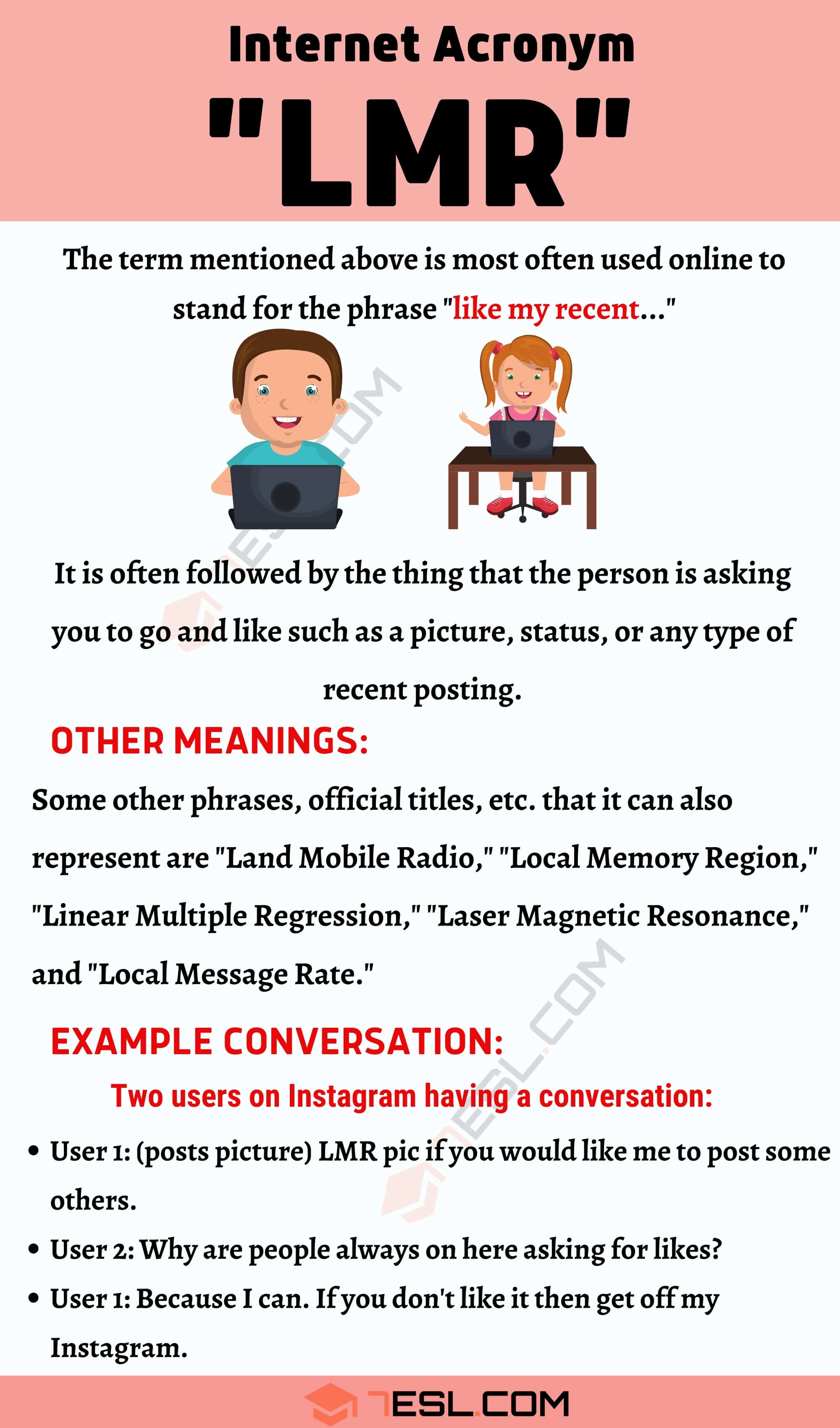