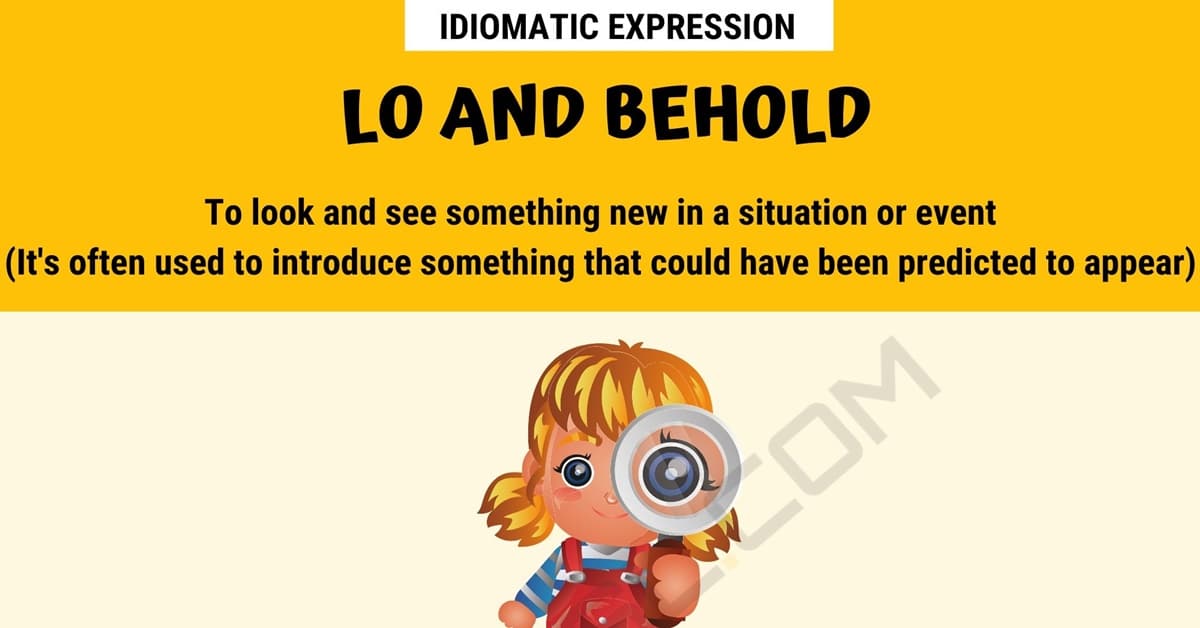 “Lo and behold” is a common phrase that is heard and seen frequently in everyday conversation and writing. Here you will find the meaning of this phrase and the story of its origin. You will also find some examples of how to properly use this phrase in conversations/statements and other ways this phrase can be said while still conveying the same meaning.

The phrase “lo and behold” means to look and see something new in a situation or event. It is often used to introduce something that could have been predicted to appear.

The word lo in the idiom “lo and behold” is a condensed version of the word look. Lo was a popular choice to use in the place of look as far back as the 18th century. The word behold means to see. The phrase was derived by the combination of both of these terms and first appeared during the first millennium. A similar phrase can also be found in the Bible.

A statement made in a local newspaper about the court case that just ended.

A statement made by a celebrity on the red carpet.

Other Ways to Say “Lo and Behold”

Most phrases can be said in several other ways. Some suggestions of ways you can say “lo and behold” differently, but still convey the same meaning, include: 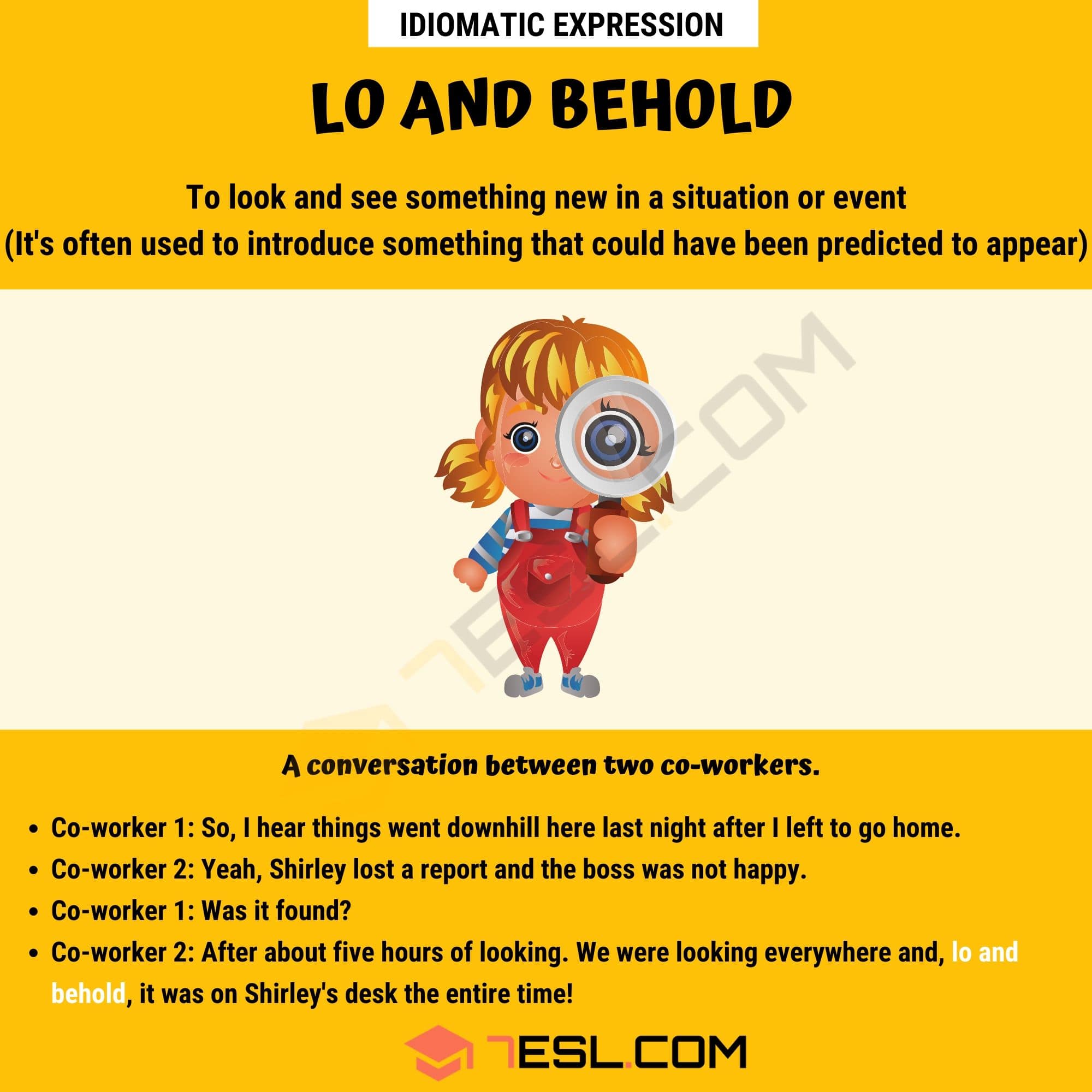