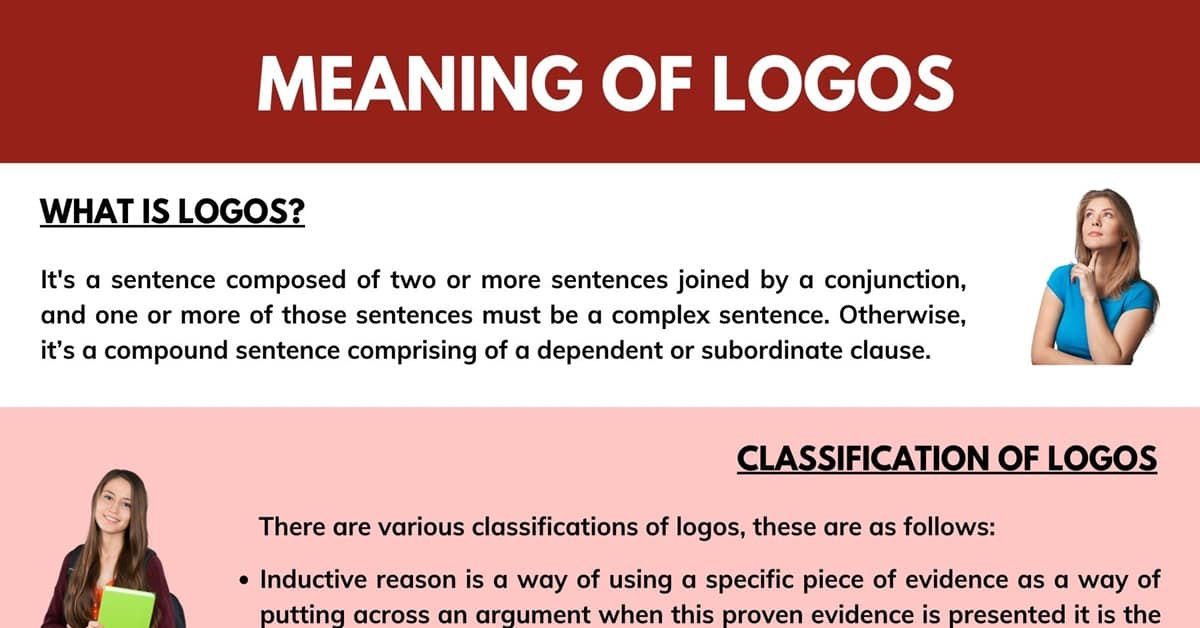 You may have heard of the concept of logos when studying the English language, and you may also have wondered what it is used for. In this article, we are going to be looking at the meaning of logos and how it can be used in both spoken and written language. We will be doing this by taking a look at some examples of how it can function.

Logos is a word which is related to the word logic, this means plan or reason. This ties in perfectly with how logos functions as it is one of the three different types of persuasion which were set out by Aristotle. The other two types are pathos and ethos.

In simple terms, logos is a type of persuasion which appeals to people logic, therefore making it very effective during an argument or debate. You have likely seen logos being used in your day to day conversations many times without even realising it. Whenever you take part in or hear an argument in which the speaker is using logic to make their point-you are hearing logos in use. This is its main function in spoken language.

When used as a literary device, logos is employed as a way to appeal to the reader by using reason and logic, therefore not giving them much option but to agree with the statement or idea being presented. This makes it quite an effective method. Logos, when used as a literary device can be a simple sentence all the way through to a detailed argument, and anything in between.

There are various classifications of logos, these are as follows:

Examples of Logos In Spoken Language

As we mentioned, logos is used frequently in spoken language and the best way to fully understand its use is to take a look at some examples of times in which logos can be used in speech.

Examples of Logos In Literature

There have been countless occasions throughout history where writers have made use of logos as a literary device and this is evident in a lot of texts. We are now going to take a look at some examples of times it has been used in literature in order to gain a greater understanding of its function.

Logos is a way for a speaker or writer to appeal to their audience’s sense of logic and reason. This concept was laid out by the famous philosopher, Aristotle who created the idea of three different types of persuasion, the other two being pathos and ethos.

Ethos can be used in spoken language as a way to create a persuasive argument or debate but it can also be used as a literary device, whereby the writer can use logic and reason to persuade their reader to get on board with the train of thought presented in the piece of writing. 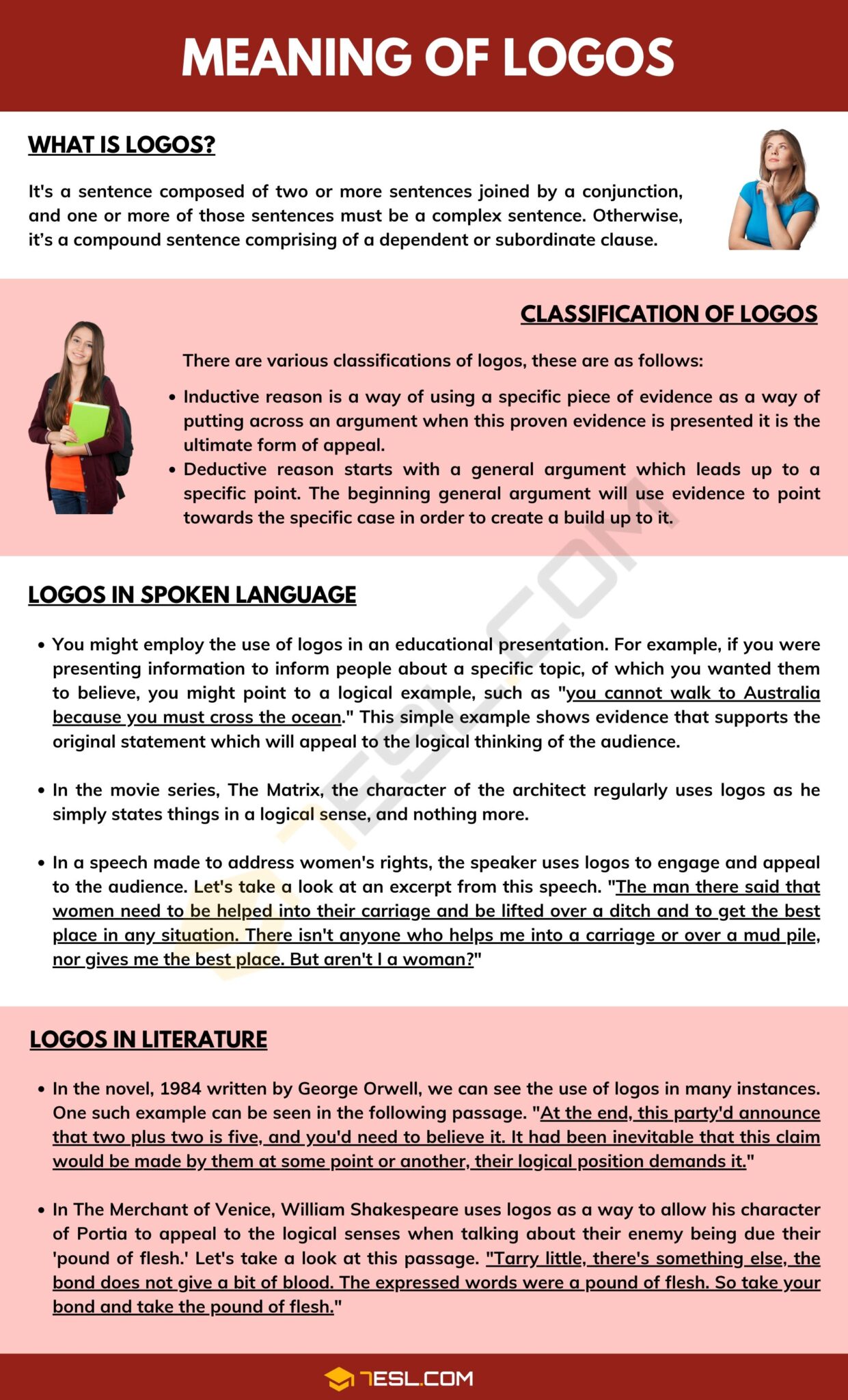