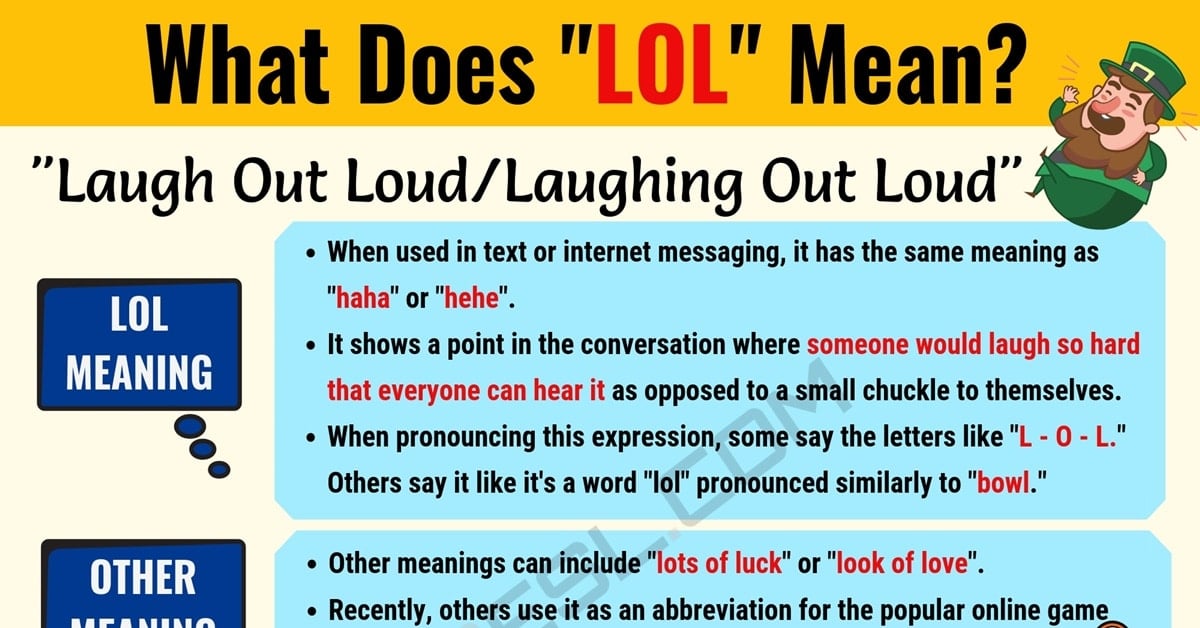 Pin
What does “LOL” mean? Are you searching for the meaning of LOL? Learn the definition and how to use the internet slang word “LOL” with ESL picture and useful text conversations in English.

What Does “LOL” Mean?

LOL stands for “laugh out loud” or “laughing out loud”

The acronym “lol” is one of the most widely used on the internet. It stands for “laugh out loud” or “laughing out loud” and can convey a variety of feelings.

When used in text or internet messaging, it has the same meaning as “haha” or “hehe”. It shows a point in the conversation where someone would laugh so hard that everyone can hear it as opposed to a small chuckle to themselves.

When pronouncing this expression, some say the letters like “L – O – L”. Others say it like it’s the word “lol” pronounced similarly to “bowl”.

“Lol” can be used in almost any part of a sentence:

There are also many more uses and the exact meaning can change based on the context of the situation or the words that come around it.

Other Meanings of “LOL”

Other meanings can include “lots of luck” or “look of love“. These were often used in handwritten letters exchanged between friends. Recently, others use it as an abbreviation for the popular online game “League of Legends“.

Some claim that the origin of this expression goes back to the 1980s where students in Canada exchanged information on a computer-based bulletin board. They wanted to express that they were sitting at their computer actually laughing.

Although it was originally used by college students, this expression has become very common among internet users. Just like the internet was primarily used by younger people to chat and communicate with others before being used by an older generation, “lol” has also grown up with its users. 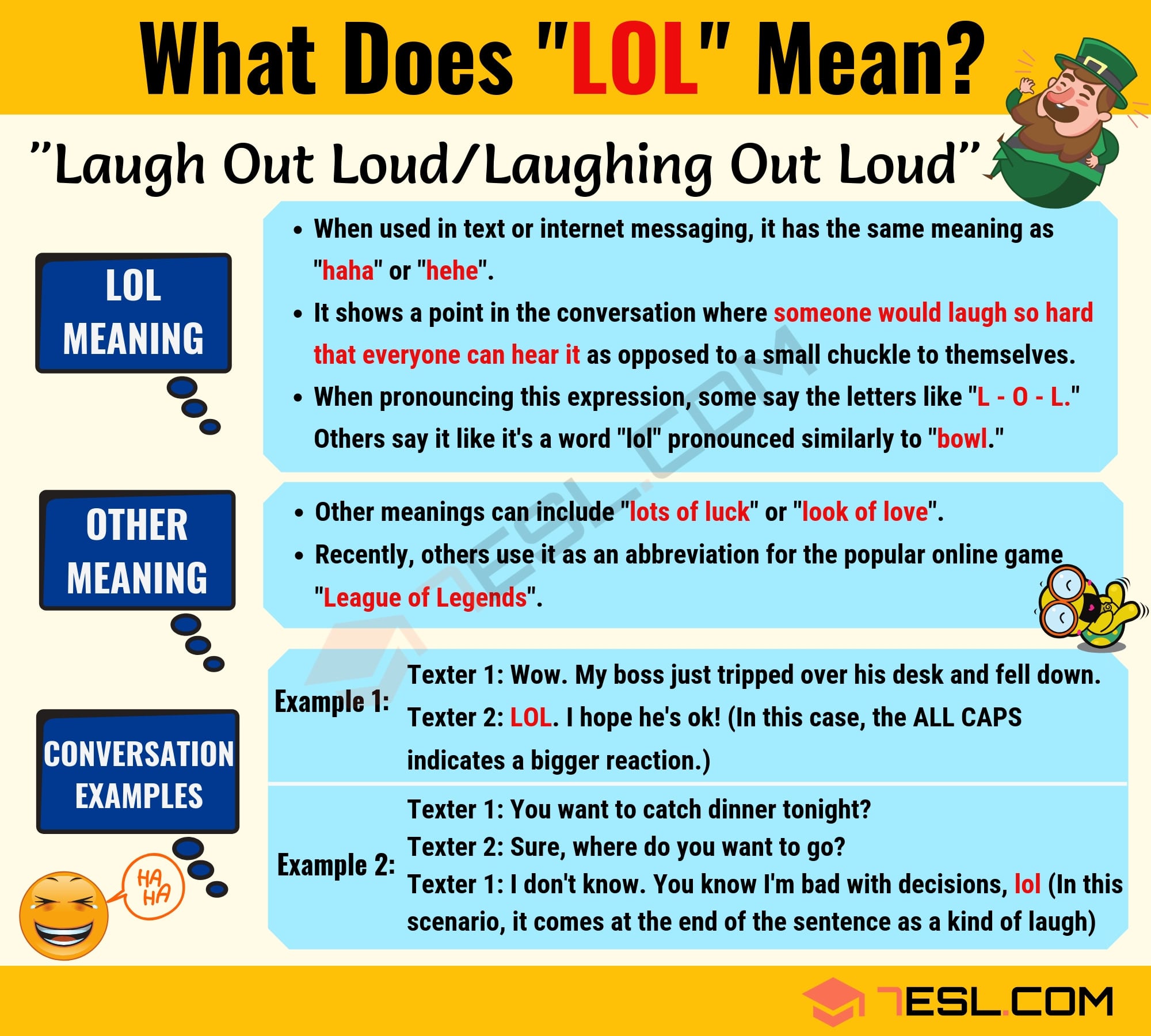 Other Ways to Say “LOL”

I burst into laughter.

I burst out laughing.

It cracks me up.

It made me laugh.

what do you mean girl