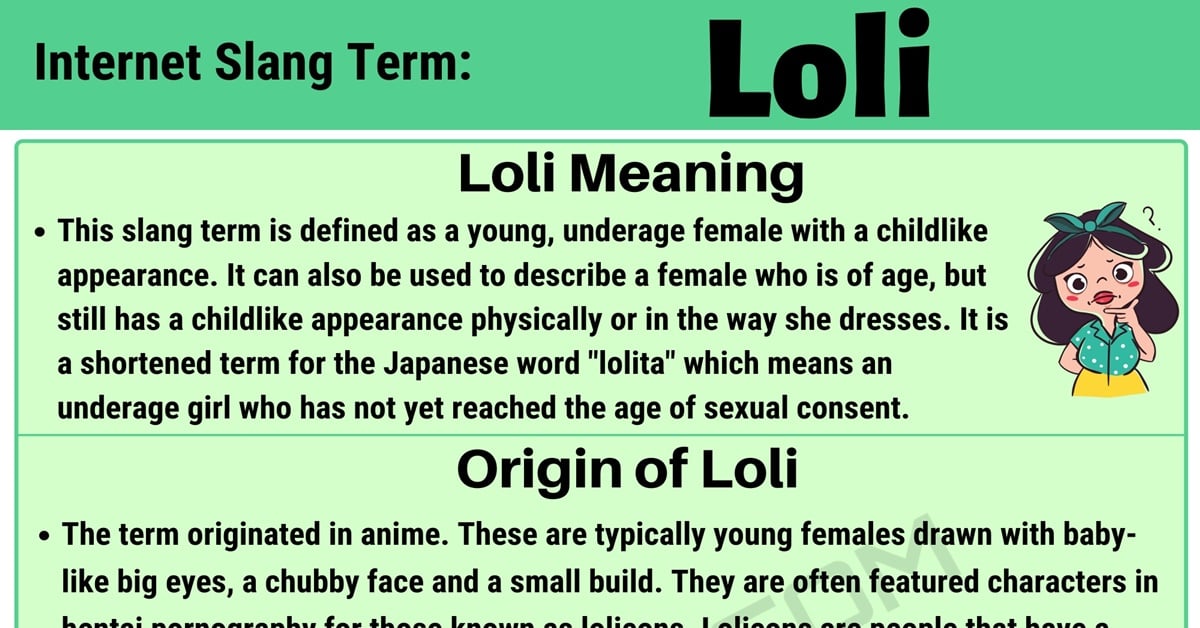 What is a loli? If you are a fan of anime, then you probably already know what the slang term “loli” means. However, if you have heard or seen this term used and are not a fan of anime, that is probably what led you here because most likely you are wondering what it means. If that is the case, then you have landed on the right page.

Here you will not only find the meaning of this slang term, but you will also find information regarding its origin and other possible meanings if any exist. You will also have the opportunity to read through some example conversations to see how the term is used properly in context to help to understand it even better, Finally, you will discover some alternative words or phrases that you can use instead of using this slang term to convey the same meaning.

What Does Loli Mean?

This slang term is defined as a young, underage female with a childlike appearance. It can also be used to describe a female who is of age, but still has a childlike appearance physically or in the way she dresses. It is a shortened term for the Japanese word “lolita” which means an underage girl who has not yet reached the age of sexual consent.

A discussion between two users on an internet forum.

Many alternative words can be used to replace this slang word during a conversation to mean the same thing. Some of the other words that you could use include: 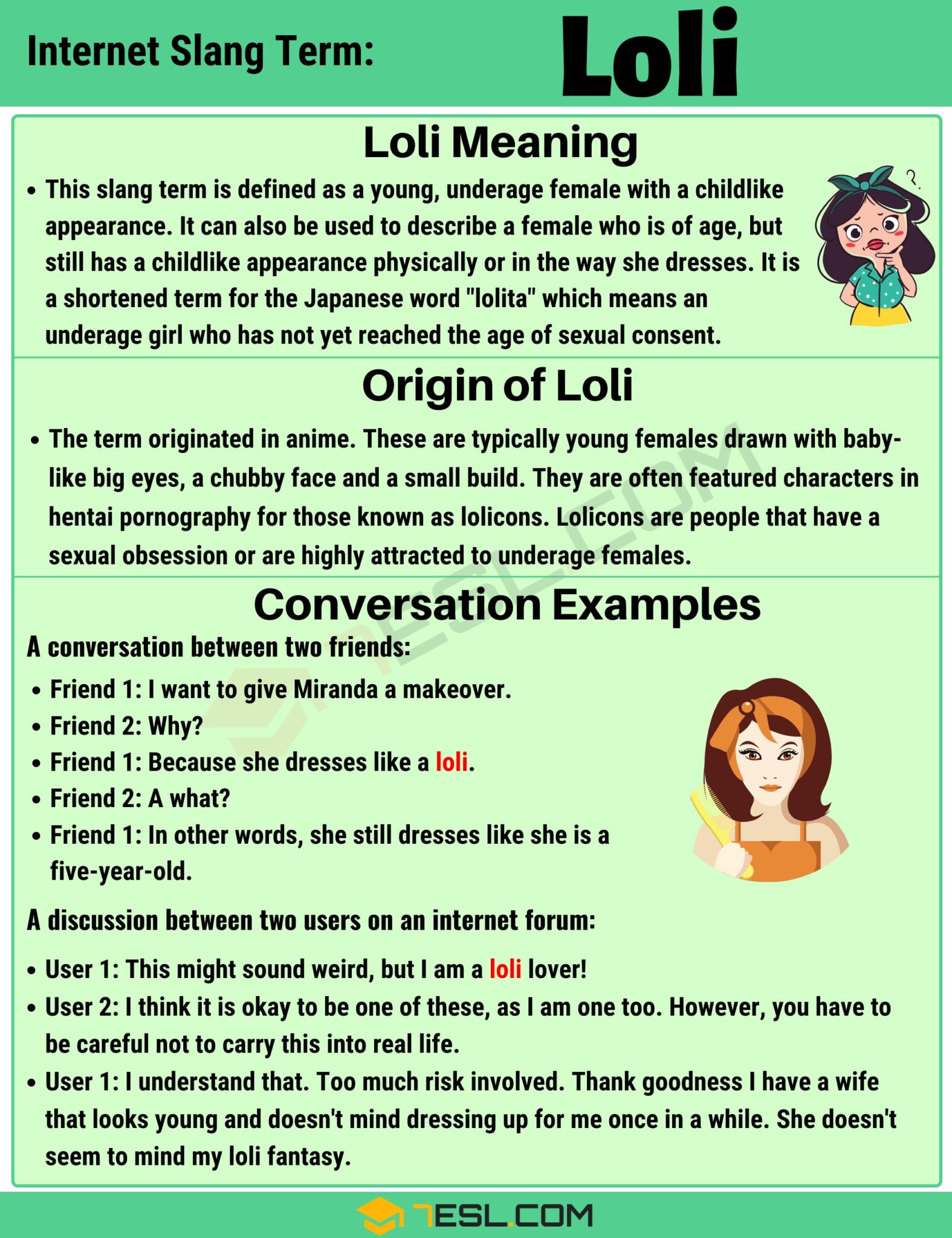 ey lois i found the meaning for loli

Did you just have a short convo with urself?

Would you change “too much risk involved” to “it’s unethical to seduce people under the age of consent?”

I strongly second this notion strongly. “Too much risk involved” has a very different meaning from “it’s unethical to seduce people under the age of consent” and it’s very critical.

Loli doesnt exactly mean underage which is the most common misconception

i’v hured of this anime,but could you give me the name?