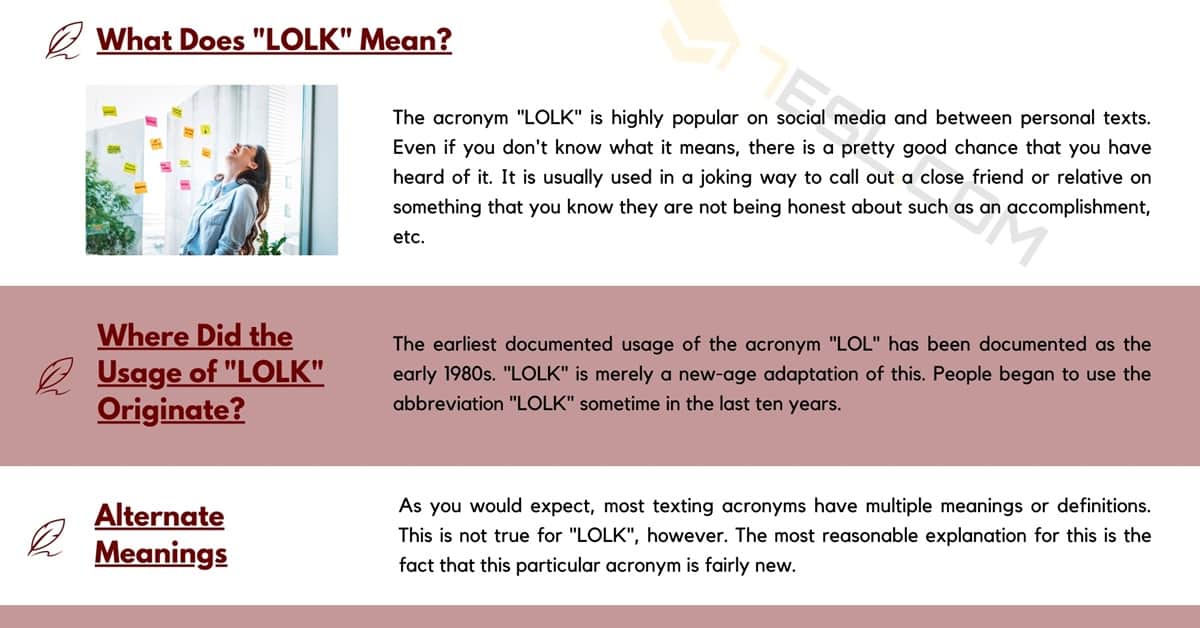 What does LOLK stand for? In this fast-paced, technology-driven world that is ever-changing, some people are texting and emailing more than they have face to face conversations In a successful attempt to save time, the majority of people choose to use acronyms in their everyday conversations. Using acronyms not only allows you to type your thoughts and send them to the other person much faster but it also saves time, since you are not required to type out every single word. One abbreviation that has become popular amongst the younger generation is “LOLK”. This abbreviation may already be familiar to you, but, if not, then keep on reading this article!

What Does “LOLK” Mean?

The acronym “LOLK” is highly popular on social media and between personal texts. Even if you don’t know what it means, there is a pretty good chance that you have heard of it. It is usually used in a joking way to call out a close friend or relative on something that you know they are not being honest about such as an accomplishment, etc.

Where Did the Usage of “LOLK” Originate?

The earliest documented usage of the acronym “LOL” has been documented as the early 1980s. “LOLK” is merely a new-age adaptation of this. People began to use the abbreviation “LOLK” sometime in the last ten years.

As you would expect, most texting acronyms have multiple meanings or definitions. This is not true for “LOLK”, however. The most reasonable explanation for this is the fact that this particular acronym is fairly new.

The majority of people who use acronyms, however, this is one that seems to be dominated by the newer generation of social media users. The average age of people who use LOLK in their daily lives is between the ages of preteen to thirty years old.

When Should You Use “LOLK”?

You should you the term “LOLK” only when you are conversing with someone you are close to. It will often come off as informal and sarcastic. It is normally meant in a joking way to those with whom you are close, such s friends and family.

What Can You Use Instead of “LOLK”?

Alternatives to using the acronym “LOLK” are endless. Some of the most popular include the original “LOL” (Laughing Out Loud), “Ha Ha, Okay”, or simply “okay”. The potentialities of texting acronyms are positively endless and as long as you and the person you are conversing with understanding them, that is all that really matters. 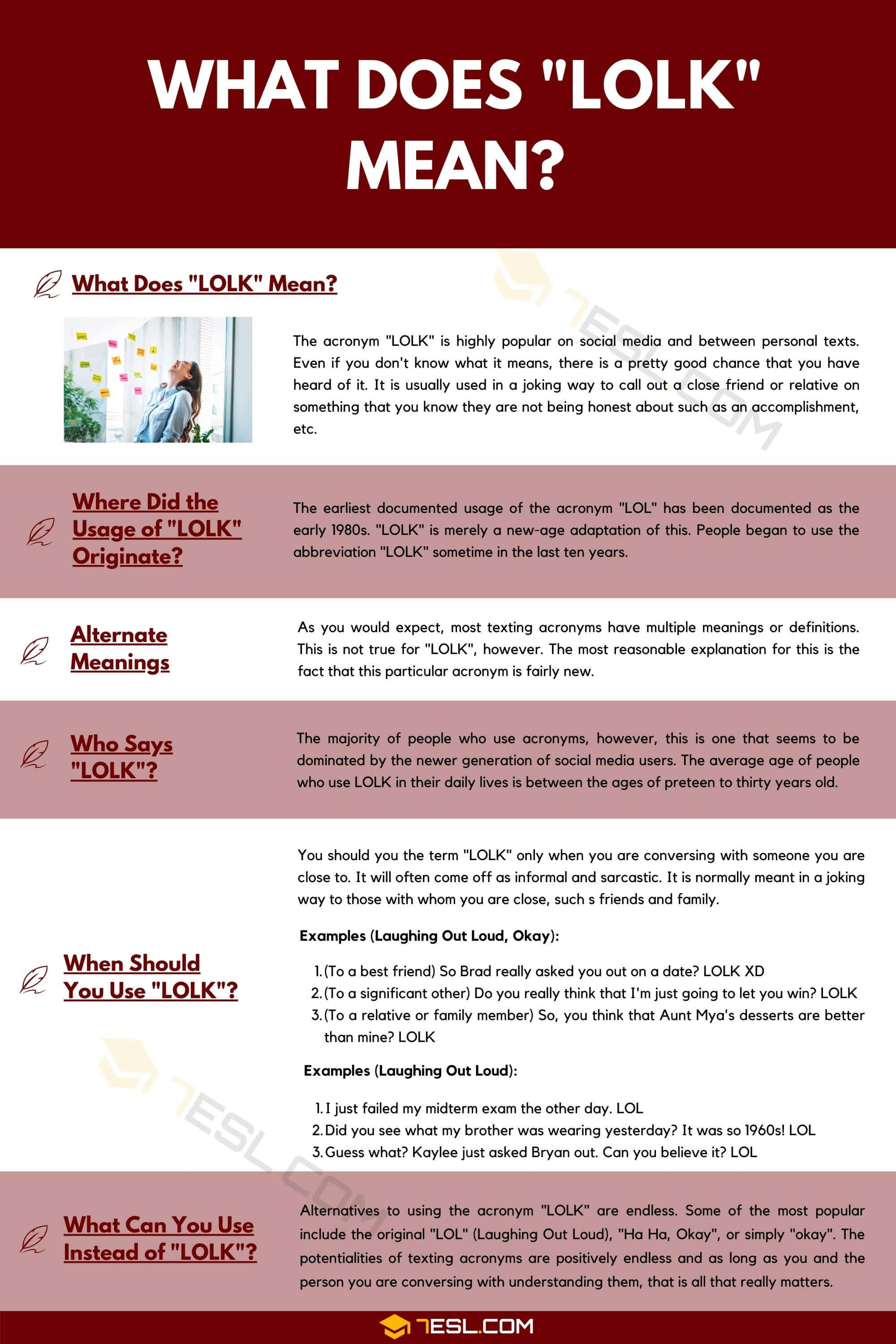