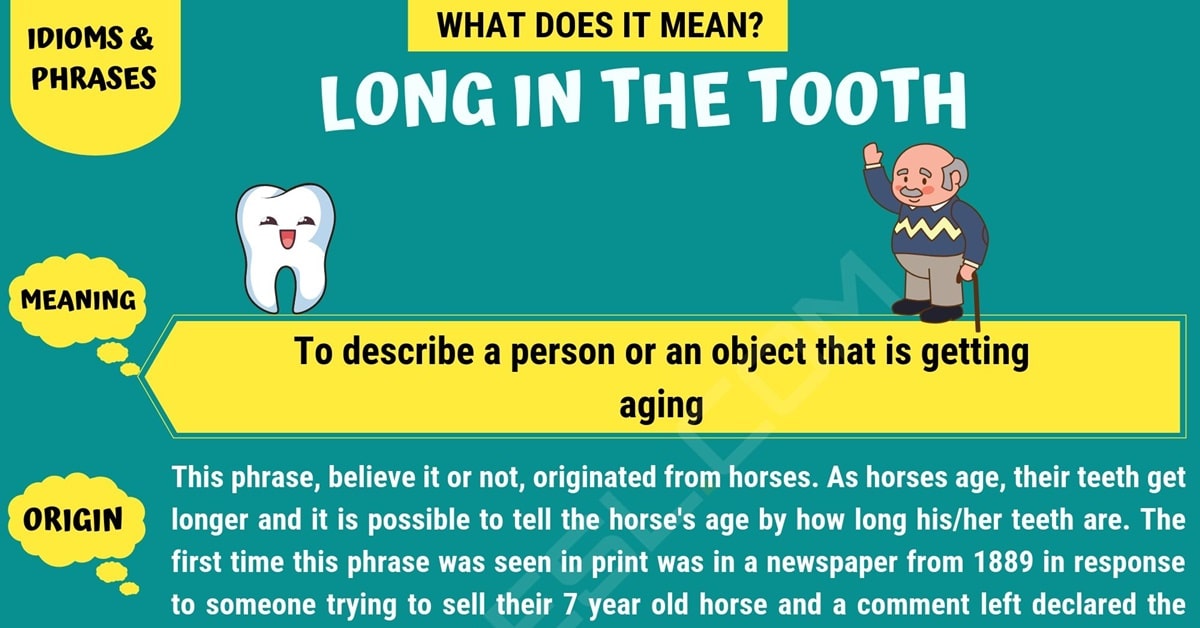 What does the idiom “Long in the Tooth” mean? Idioms are a type of figurative phrase that has been used in speech for many years in order to convey thoughts and feelings. As the use becomes popular, their meaning is implied and learned. “Long in the tooth” is one such idiom that has been used for hundreds of years. Here you will find the meaning of the phrase, the humble beginnings of its popular usage, examples of how to use the phrase properly in conversations/statements and other ways to literally express the same meaning.

Long in the Tooth

Long in the Tooth Meaning

The phrase “long in the tooth” is figurative language that is can be used to describe a person or an object that is getting aging. It can be used in different ways, as a serious description or as a funny, heart-felt description.

This phrase, believe it or not, originated from horses. As horses age, their teeth get longer and it is possible to tell the horse’s age by how long his/her teeth are. The first time this phrase was seen in print was in a newspaper from 1889 in response to someone trying to sell their 7 year old horse and a comment left declared the horse to be 11 or 12 actually because of how long in the tooth the horse was.

“Long in the Tooth” Examples

An advertisement on television.

A quarterback speaking about his retirement.

A conversation between two sisters.

Other Ways to Say “Long in the Tooth”

As is the case with most idioms, there are more direct ways to convey the same meaning of this phrase. For example you could say it is old, he/she is older, he/she is aging or it is obsolete.

Long in the Tooth Meaning | Picture 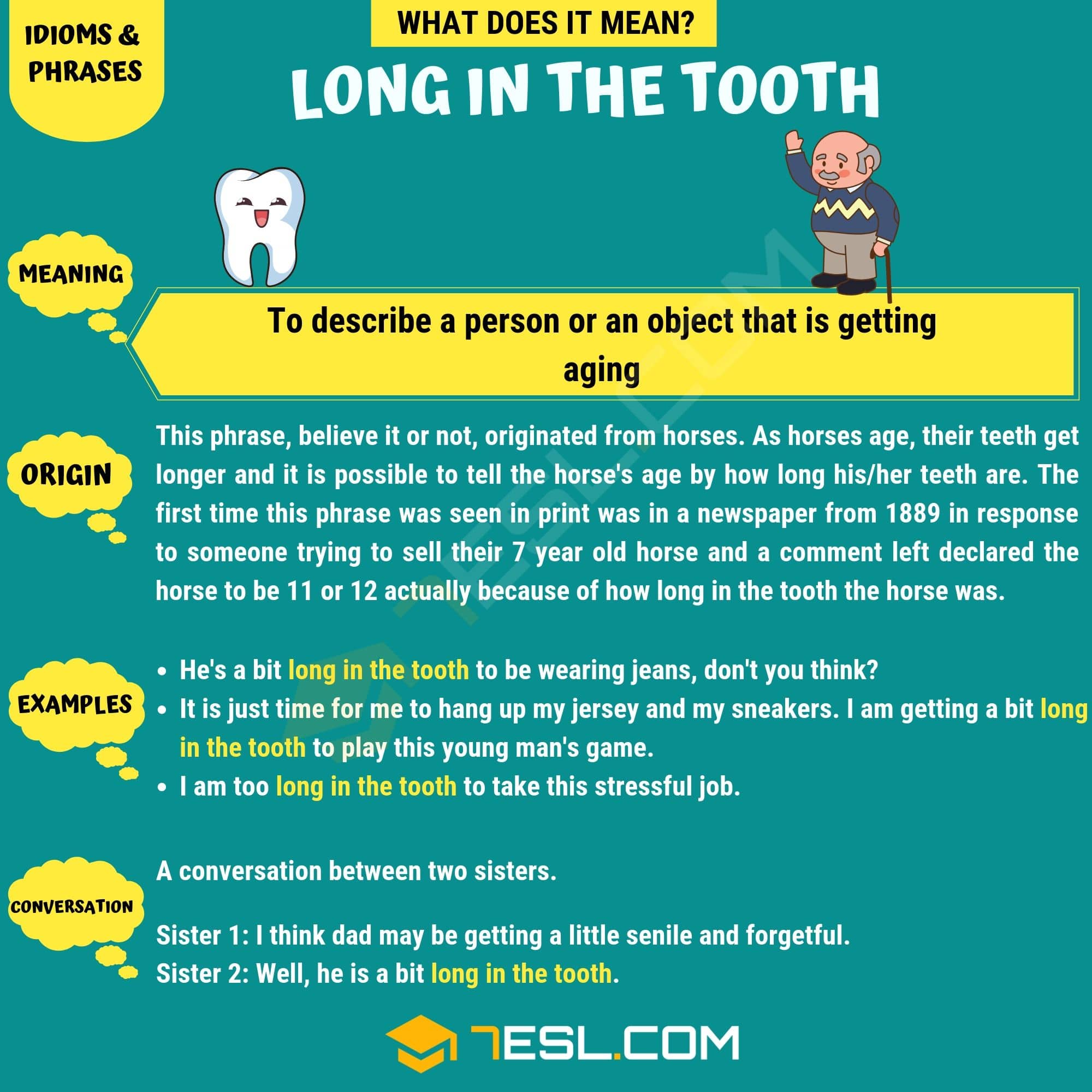