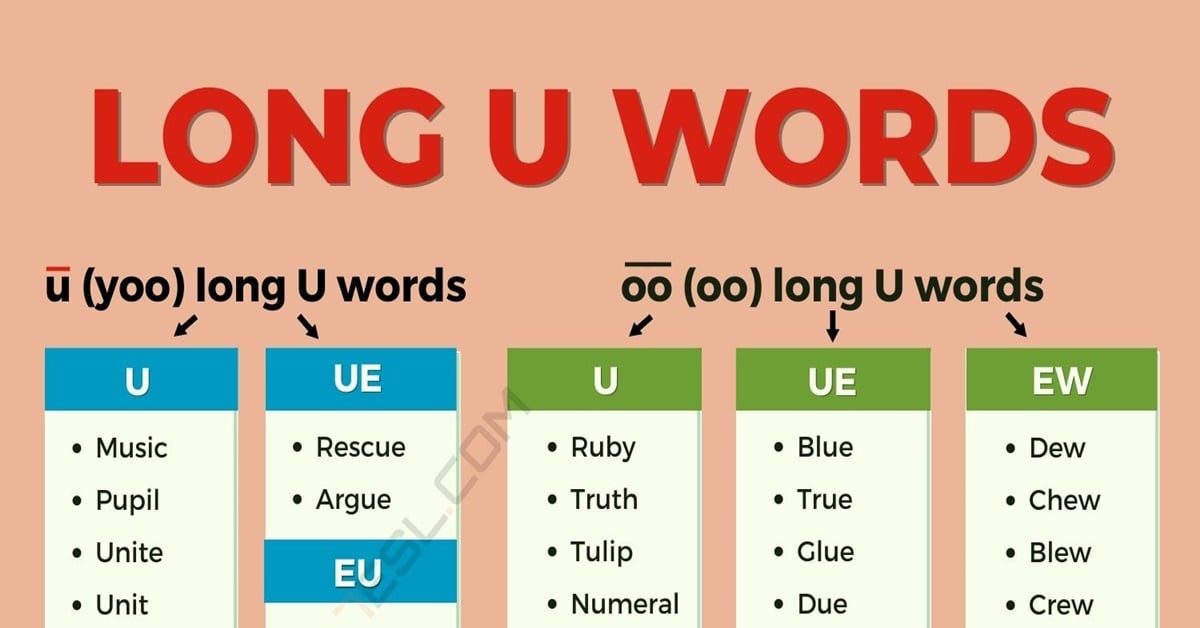 Where would the world be without long u words? This is a question that I ask myself every night before I go to bed. Long u words comprise some of my favorite words to say in any language. For example, within the grouping known as the notorious long u words, we have “music” and “fruit”. I don’t know about you but I do not want to live in a world without long u words?

Can you imagine going a week without music or fruit? No thank you! Let’s go over the concept of long u words together in order to see what we have got on our hands.

What Are Long U Words?

What even are long u words? Long u words are a set of words that when pronounced, make an extended u sound. But before you run off with this newfound knowledge, allow me to explain that the long u sound can vary. That means that it is possible to have two words that make completely different sounds and yet have both be considered long u words.

If you want an example, we only need to find ourselves back at the beginning of this article. The words “music” and “fruit” are both long u words. But while we can obviously hear the “u” sound in music, fruit is a whole other story. Keep this in mind because we will be going over this in greater detail in the next section.

Ways to Spell Long U Words

The time has finally come. We will now be going over all of the patterns that make up a long u word’s spelling. Hang on because we have quite a bit to go over in this section.

u (yoo) long U words

We’ve reached the end! Armed with your newfound knowledge of long u words, the English language sure does seem a whole lot simpler. You would be right to believe this because English is neither complex nor sophisticated. Anyone can learn it! 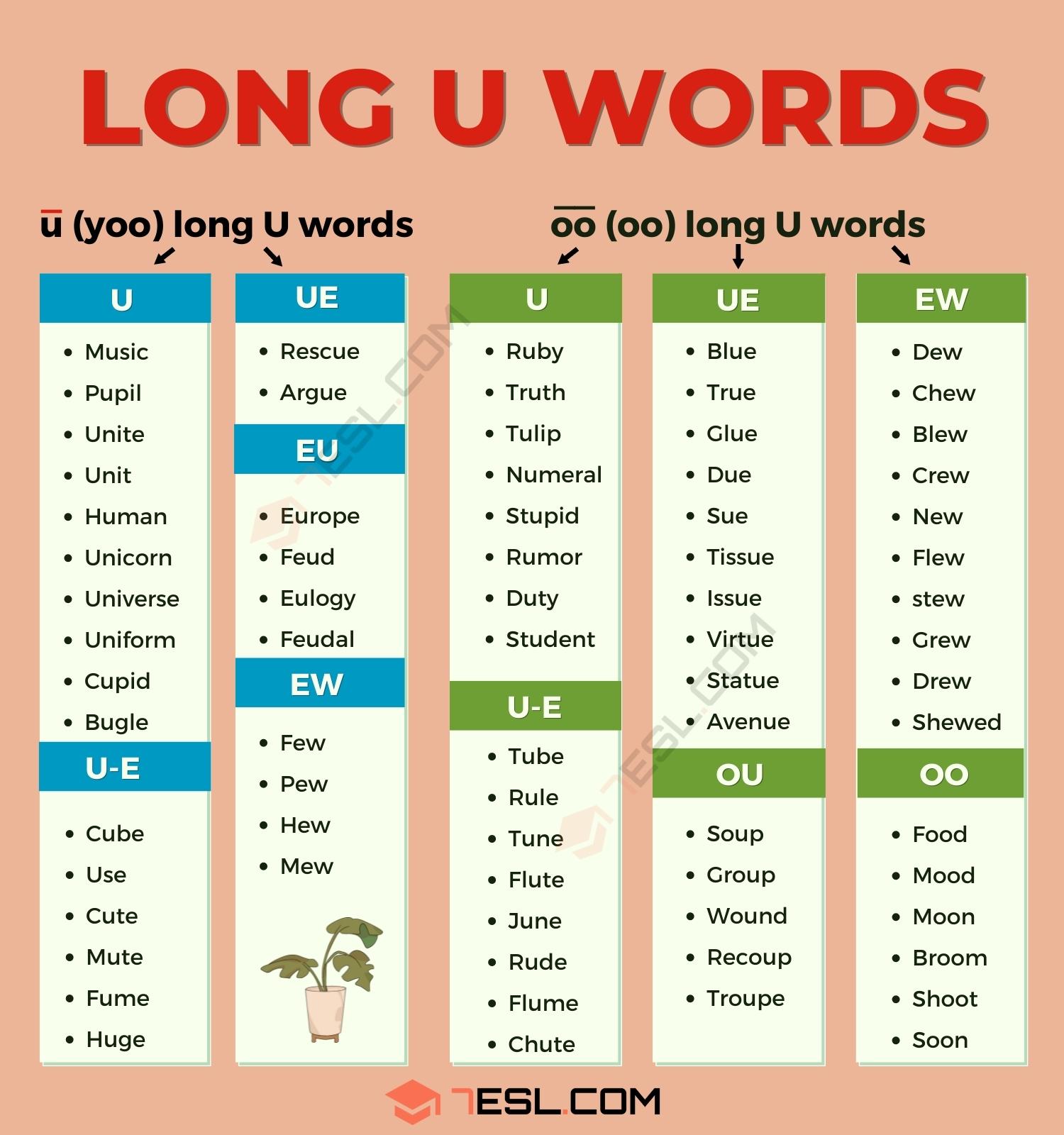 is should a long u word