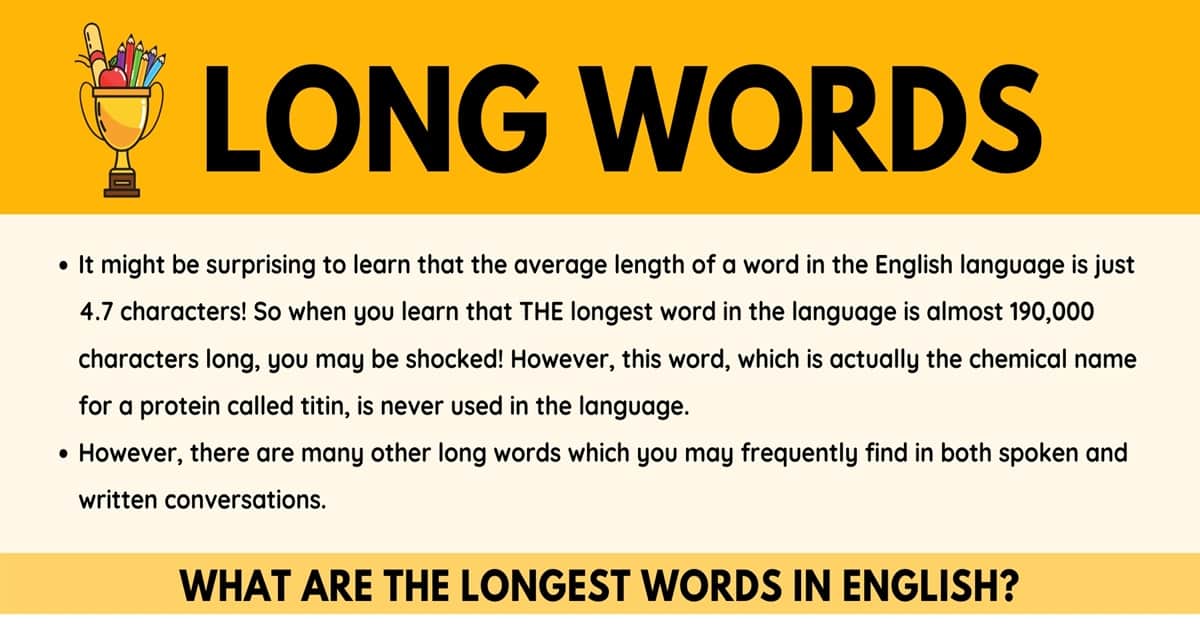 What are the longest words in English? Most of the words in the English language are pretty straightforward and not too lengthy. However, there are many words within the language that are super long and often difficult to pronounce.

In this article, we are going to be taking a look at some of the longest words in the English language as well as finding out what they mean. These will grow your vocabulary and have your English reaching a new level of fluency.

The Longest Words in English

However, there are many other long words which you may frequently find in both spoken and written conversations.

What Are The Longest Words In English?

For the purpose of this article, we are going to look at some of the longest functional words that you can add to your vocabulary as opposed to the words which have thousands of characters and are never used.

The words above may be part of the language but they aren’t words you will likely use. However, here are some long words which you can use in your conversations.

The English language is full of long words, many of which are not commonly used however, there are some which you can easily put into a sentence in day to day conversation.

Learning these lengthy words is a great way to bring your vocabulary to a new level and expand your fluency of the English language. It is also a great way to practise how to pronounce longer words, as in English some words are not always said how they are written.

The Longest Words in English Infographic

Thanks for the helpful article 😊