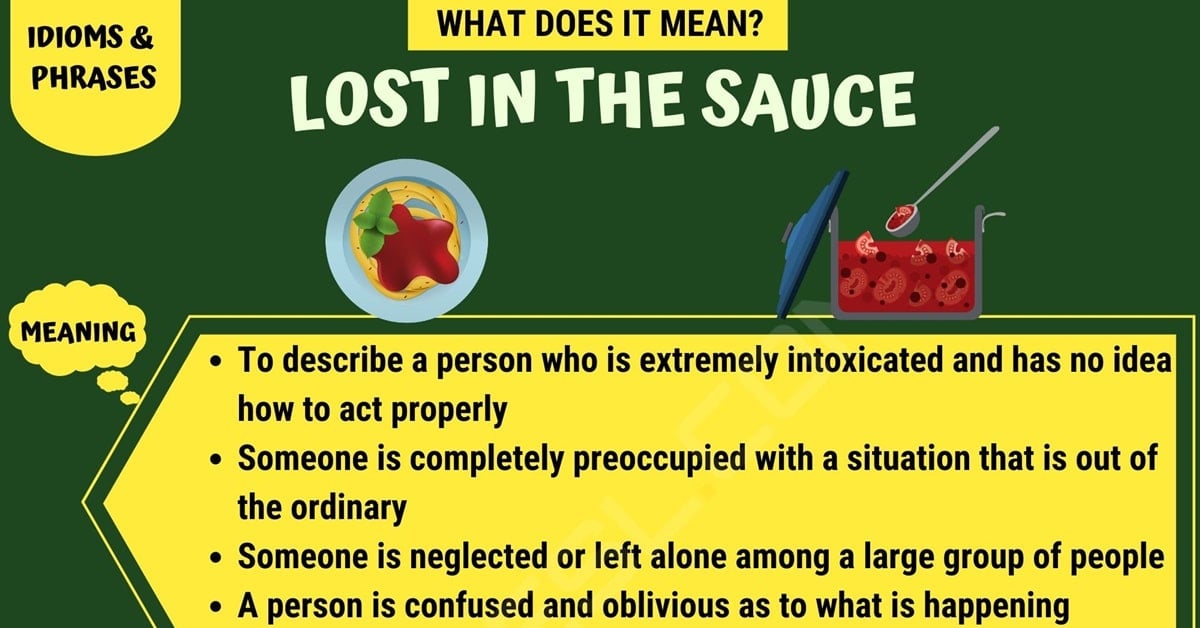 Lost in the Sauce! Idioms are figurative phrases used during everyday informal conversations as a way to convey thoughts or feelings in a non-literal way. “Lost in the sauce” is a popular idiom used today by many people. Here you will find the meaning of this phrase, the story behind its origin, examples of how the phrase is used properly in conversations/statements and other ways to say the same thing literally.

Lost in the Sauce

Lost in the Sauce Meaning

The idiom “lost in the sauce” actually has many meanings. The first meaning of this phrase can be said to describe a person who is extremely intoxicated and has no idea how to act properly. The phrase can also be used to mean that someone is completely preoccupied with a situation that is out of the ordinary. The third definition means that someone is neglected or left alone among a large group of people. Finally, the fourth definition means that a person is confused and oblivious as to what is happening around them. The meaning of the phrase often must be determined by the listener according to the context it is used in.

Although there is no definitive origin of this idiom, it seems the consensus is that the phrase was popularly used by the military before being used by everyone. However, it is not clear as to when the military began using the phrase.

“Lost in the Sauce” Examples

A statement made by an eyewitness to a car accident.

A statement made during a political press conference by a representative accused of a crime.

A conversation between two classmates.

Other Ways to Say “Lost in the Sauce”

Like all idioms, there is a way to express this same thought or feeling literally.

Instead of saying “lost in the sauce,” a person could just say I think they were drunk, I think he/she is oblivious or I believe that he/she consumed with the situation.

Lost in the Sauce | Image 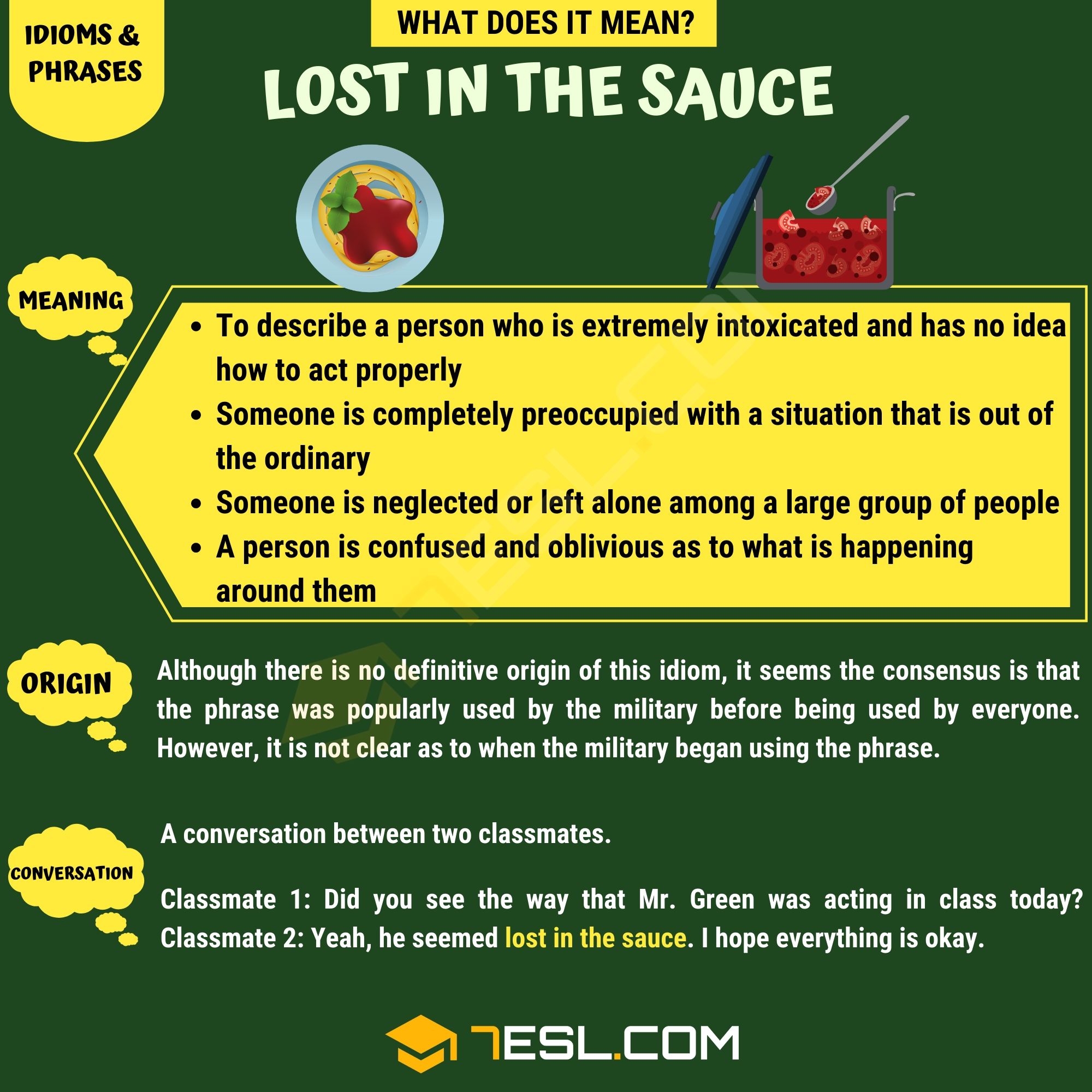 lost in the sauce

at means you are happy.

what do you want to talk about now?