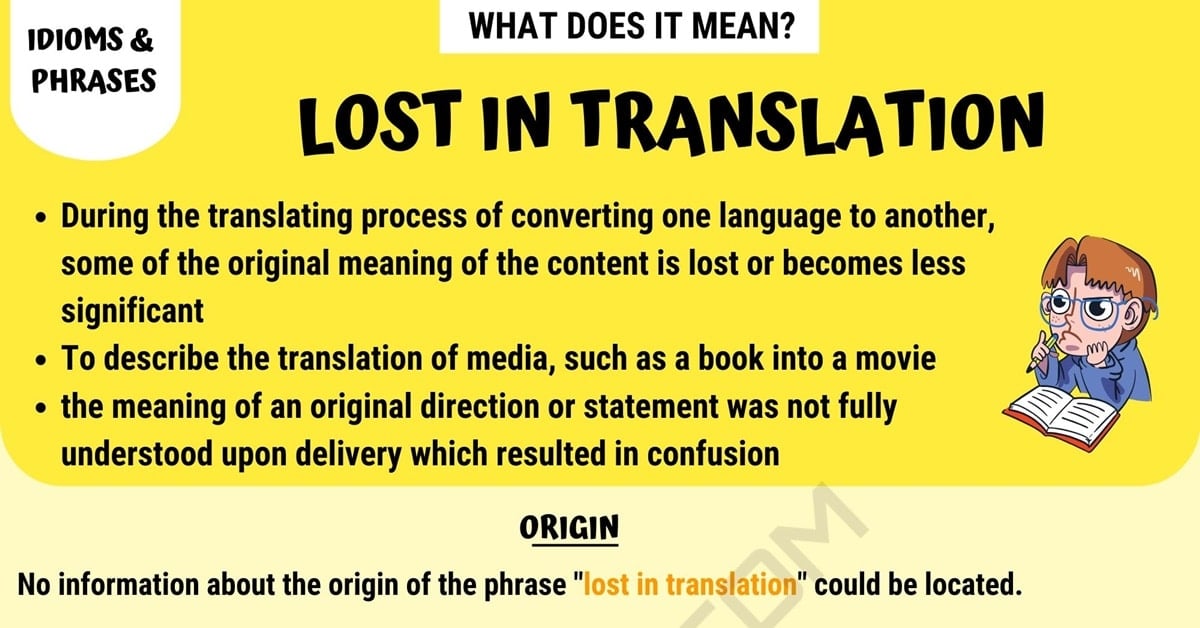 “Lost in translation” is an idiomatic phrase that you may encounter frequently in everyday conversation and writing. Here you will find the meaning of this phrase and the information about its origin. You will also see some examples that use the phrase properly in conversations/statements and learn some alternative ways you can say this phrase and still convey the same meaning.

The phrase “lost in translation” means that during the translating process of converting one language to another, some of the original meaning of the content is lost or becomes less significant. The phrase can also be used to describe the translation of media, such as a book into a movie. Finally, the phrase can mean that the meaning of an original direction or statement was not fully understood upon delivery which resulted in confusion.

No information about the origin of the phrase “lost in translation” could be located.

A statement made in the local paper by a citizen who was interviewed after an accident.

A statement made by a celebrity in an interview with a well-known entertainment magazine.

Other Ways to Say “Lost In Translation”

There are several alternative ways to say the phrase “lost in translation” and convey the same meaning. Some of the alternative things you could say instead include: 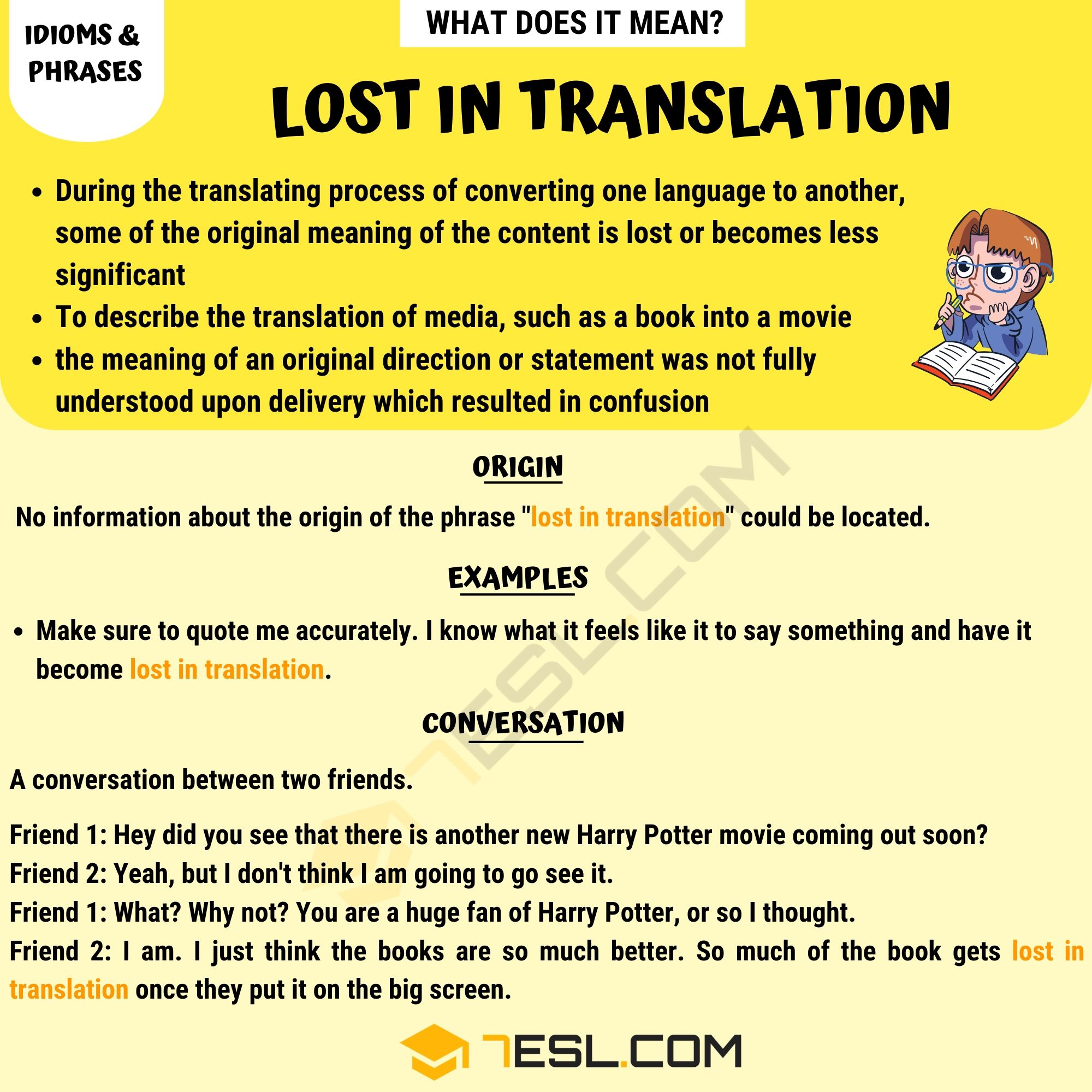