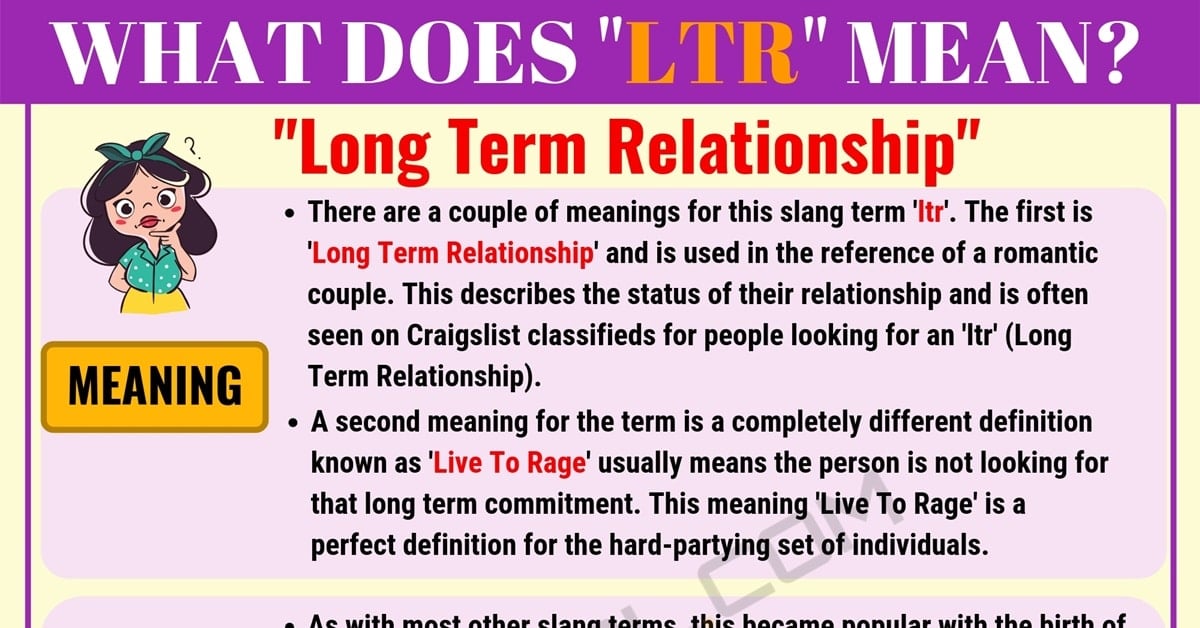 What does LTR mean? Learn the definition, how and when to use this internet slang word with ESL picture and interesting texting conversations in English.

What Does LTR Mean?

There are a couple of meanings for this slang term ‘ltr’. The first is ‘Long Term Relationship’ and is used in the reference of a romantic couple. This describes the status of their relationship and is often seen on Craigslist classifieds for people looking for an ‘ltr’ (Long Term Relationship).

A second meaning for the term is a completely different definition known as ‘Live To Rage’ usually means the person is not looking for that long term commitment. This meaning ‘Live To Rage’ is a perfect definition for the hard-partying set of individuals.

Origin of this texting abbreviation

As with most other slang terms, this became popular with the birth of social media. Twitter, Instagram, and FaceBook are all instances of people using an abbreviated way of speaking for the ‘ltr’ (Live To Rage) and ‘Long Term Relationship’ are more commonly found on sites like Craigslist and Tender.

The many different ways this abbreviation is used when meaning ‘Long Term Relationship’.

Here you have friends talking about a guy she had been dating who just found out he will be moving yet still wanting that ‘ltr’ with his current girlfriend.

A girl trying to get a guy on a second date and getting shut down with him not wanting anything long term is another example of how ‘ltr’ gets used.

How you will find ‘ltr’ used when meaning ‘Live To Rage’.

A couple of friends talking about an awesome party and how wild it was and how they can’t wait to do it again truly living life on the wild side, ‘Live To Rage’. 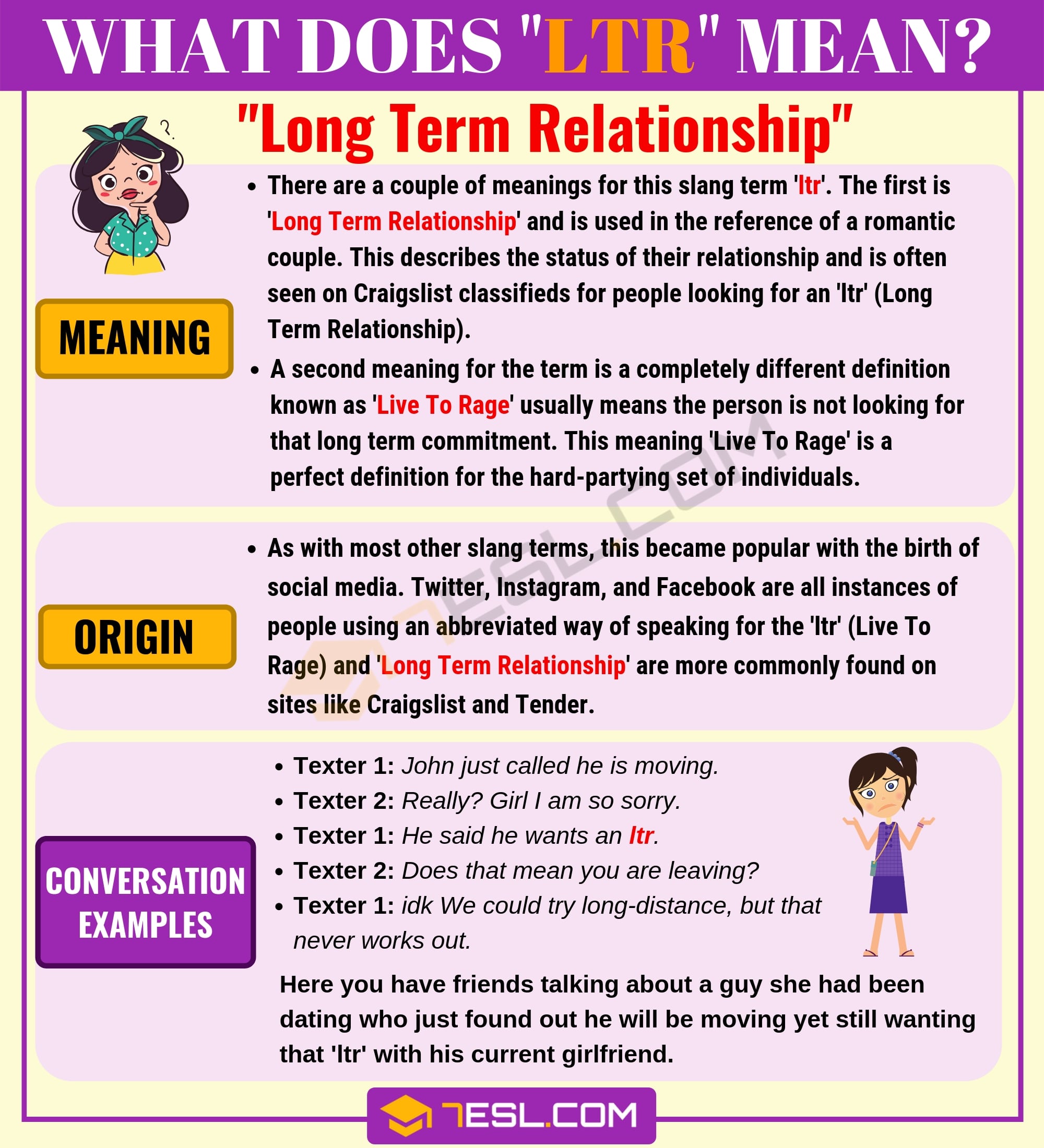