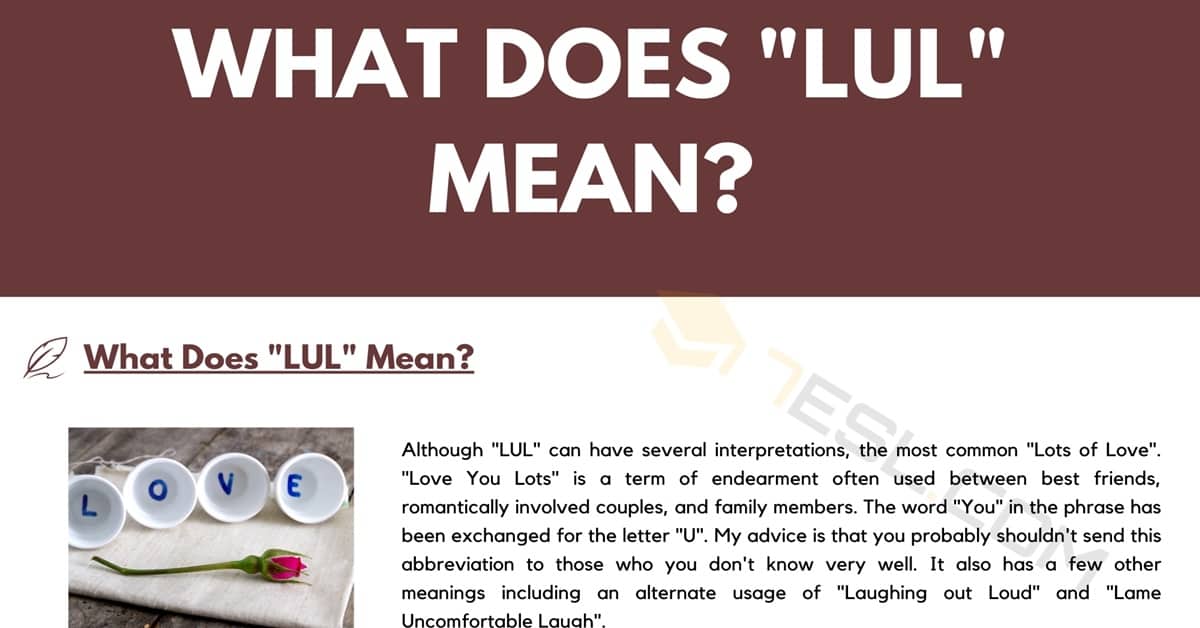 What does LUL stand for? In this world of ever-changing and advancing technology, people are texting and emailing now more than ever. And, to save time and energy, many people chose to use acronyms in their conversations. Using acronyms not only allows you to type your thoughts and send them to the other person much faster but it also saves time, since you are not required to type out every single word. One abbreviation that is growing in popularity is “LUL”. This abbreviation may already be familiar to you, but, if not, keep reading!

What Does LUL Mean?

“LUL” is one of the most popular texting acronyms and its definition is universal. Even if you don’t know what it means, there is a pretty good chance that you have heard of it. Although “LUL” can have several interpretations, the most common “Lots of Love“. “Love You Lots” is a term of endearment often used between best friends, romantically involved couples, and family members. The word “You” in the phrase has been exchanged for the letter “U”. My advice is that you probably shouldn’t send this abbreviation to those who you don’t know very well. It also has a few other meanings including an alternate usage of “Laughing out Loud” and “Lame Uncomfortable Laugh”.

Where Did the Usage of “LUL” Originate?

The earliest documented usage of the acronym “LUL” was around June in the year 2013. A user on the widely known photography and social networking site, Flickr, was one of the first people to popularize the phrase “Love You Lots” as “LUL”.

The majority of people who use the acronym “LUL” (and such like it) are between the ages of 10 years old and 34 years old. A recent study showed that age continues to drop because children are being given access to electronics at such a young age. This abbreviation has also become very popular amongst Twitch users and videogames, who are usually between the ages of pre-teen to thirty years old.

When Should You Use “LUL”?

You should you the term “LUL” (Love You Lots) only when you want to express love for some you are close to. You could also use this abbreviation to express a sarcastic laugh. This usage is most popular among teens and young adults in the video gaming community.

What Can You Use Instead of “LUL”?

Alternatives to using the acronym “LUL” are endless. Some of the most popular are “LOL” (Lots of Love), “LUB” (Love You Bunches), “ILY” (I Love You), “LOL” (Laugh Out Loud), “ROTFL” (Rolling on the floor laughing), and the list could go on and on. The possibilities with texting abbreviations are truly endless and as long as you and the person you are communicating with understand them, that is all that really matters. 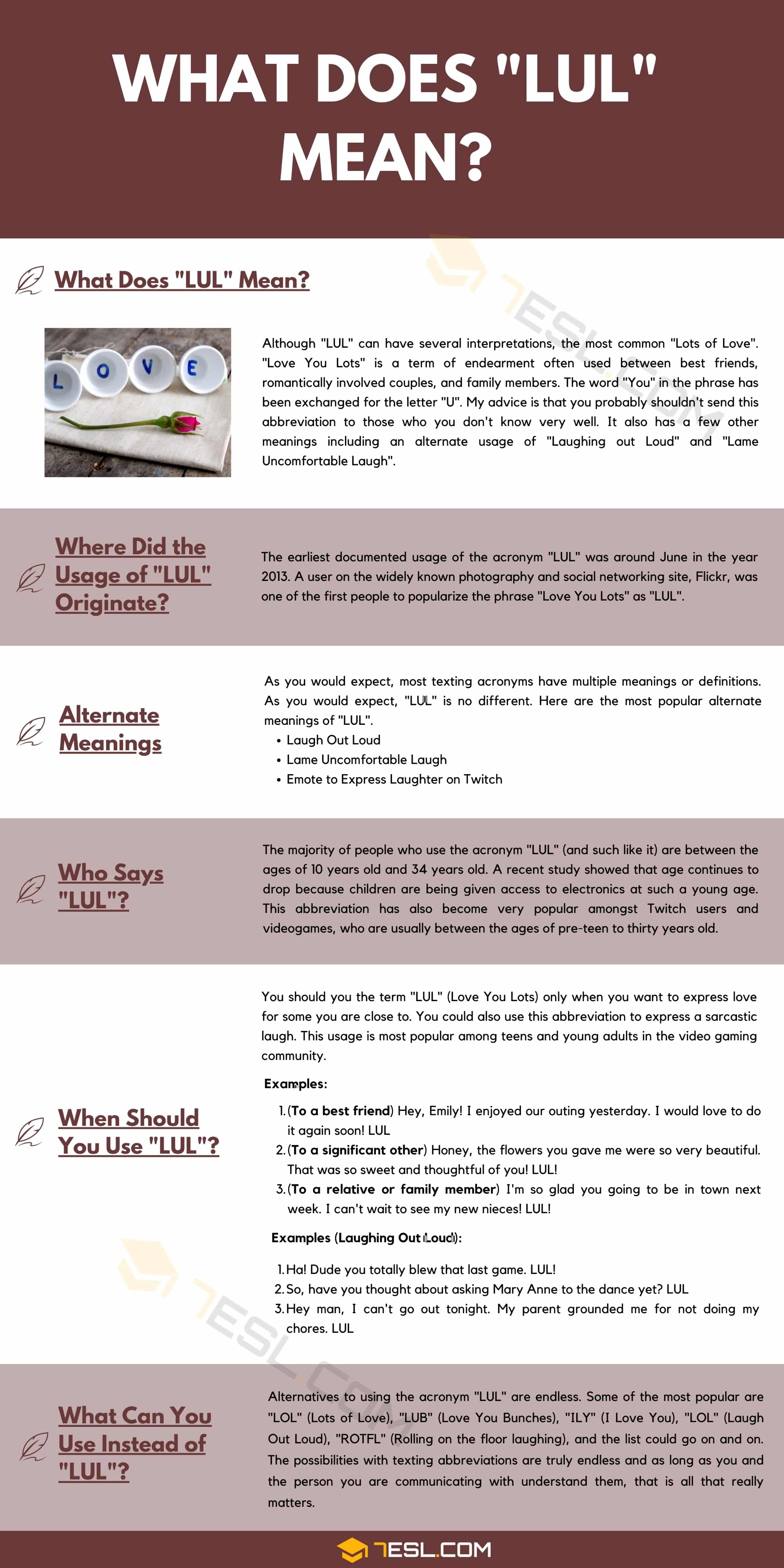