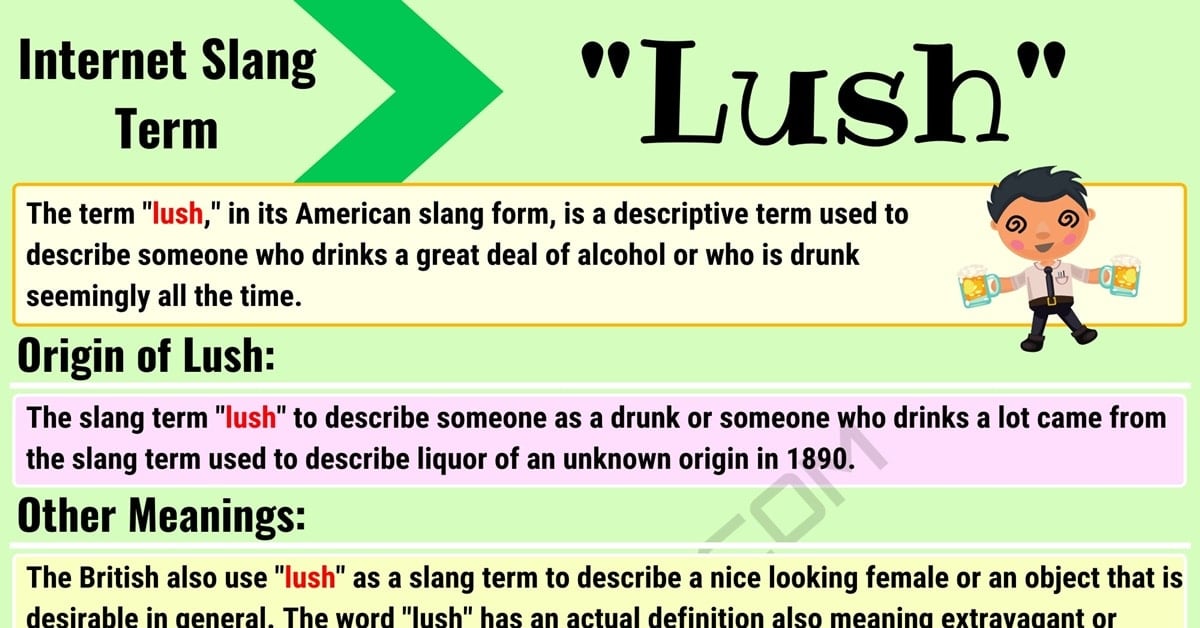 What does Lush mean? There are numerous slang terms used today that have become an acceptable part of informal communication. One of the slang terms you may hear or see often is the term “lush.” Throughout the remainder of this article, you will find the definition for this term in its slang form and other meanings, if any exist.

You will also see the term used properly in sample conversations. Finally, you will see other ways to say this term to convey the same meaning.

What Does Lush Mean?

The term “lush,” in its American slang form, is a descriptive term used to describe someone who drinks a great deal of alcohol or who is drunk seemingly all the time.

The British also use “lush” as a slang term to describe a nice looking female or an object that is desirable in general. The word “lush” has an actual definition also meaning extravagant or over-the-top.

A conversation between two friends at the local bar:

A conversation between two co-workers discussing another co-worker:

Some alternatives to the slang term “lush” that convey the same idea include: 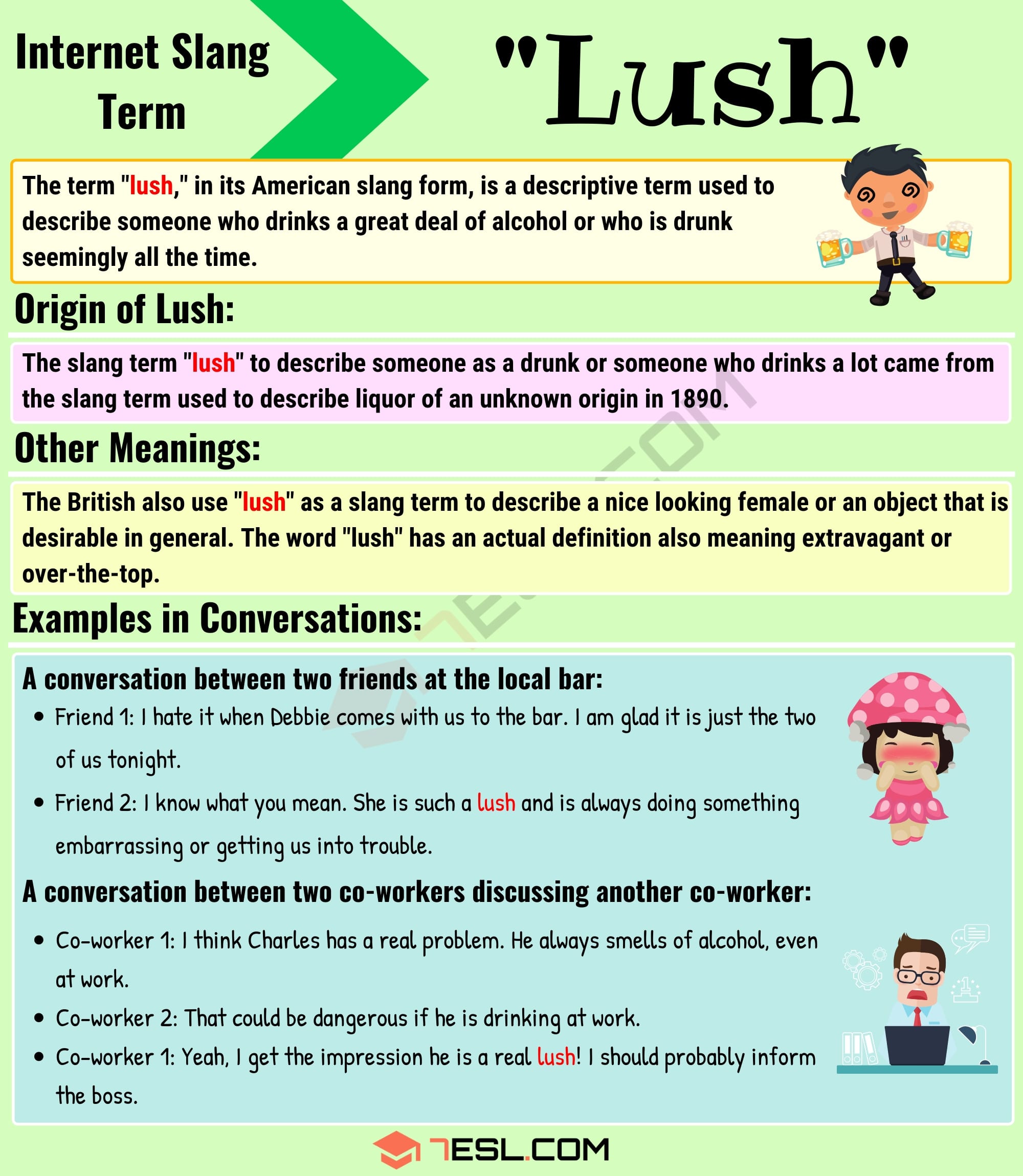