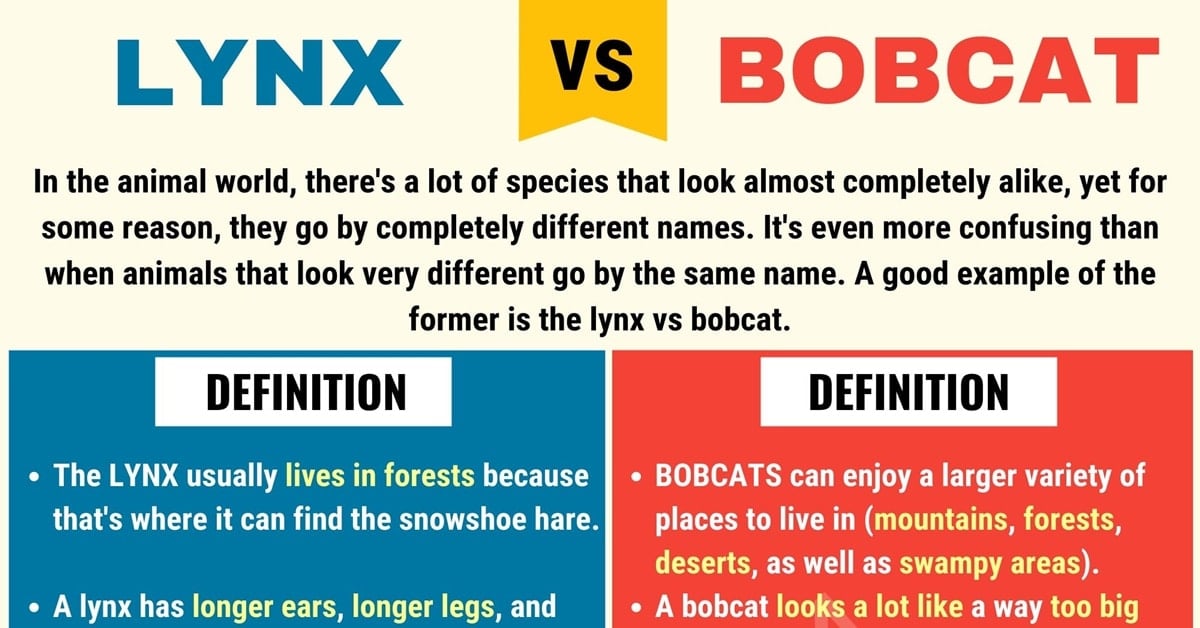 Lynx vs. bobcat! In the animal world, there’s a lot of species that look almost completely alike, yet for some reason, they go by completely different names. It’s even more confusing than when animals that look very different go by the same name. A good example of the former is the lynx vs. bobcat. Both are approximately the same size, have a short tail and long ears. Is there any difference between them, apart from the name?

Thankfully, there is some logic to this matter. Sure, the bobcat and lynx are two different species but they belong to the same genus, the Lynx genus. It contains four species in total: the Spanish lynx, the Canadian lynx, the Eurasian lynx, and the bobcat. The names of the species are self-explanatory regarding the parts of the world where they live, i.e. the Spanish lynx lives in Portugal and in Spain, while the Canadian lynx can be found in Canada and in some northern states of America. The bobcat occupies the continent of North America.

The lynx usually lives in forests because that’s where it can find the snowshoe hare, its main source of food. In contrast, bobcats can enjoy a larger variety of places to live in. They can feel perfectly normal in mountains, forests, deserts, as well as swampy areas. So, the only place where you can find both lynxes and bobcats is the border between America and Canada.

The two species are a bit different in appearance as well. For instance, you could say that a bobcat looks a lot like a way too big house cat; certainly, more than a lynx does. A lynx has longer ears, longer legs, and larger feet. These attributes help the animal hunt; a lynx has excellent hearing and is able to move almost without making any sound when chasing after hares during the winter.

One more difference between a lynx and a bobcat has to do with their diet. As it was already mentioned, lynxes mostly eat hares, but also rabbits and sometimes even reindeer who are four times larger than them. Bobcats, on the other hand, aren’t as picky. They can also eat birds and mice, sometimes feasting on a large animal like a deer, as well. In fact, bobcats wouldn’t be able to chase snowshoe hares as successfully as lynxes because their smaller paws wouldn’t allow them to move so quickly and quietly in the snow.

Even though both species have short, bobbed tails, the tail of a bobcat has black stripes and is white at the bottom of the tip and black at the top. In contrast, the tip of a lynx’s tail is all black.

Finally, the behavior of a bobcat differs a lot from the behavior of a lynx. Bobcats are known as the spitfires of the Animal Kingdom because of their bold attitude and fierce hunting habits. Lynxes, though exceptional hunters too, usually are calmer.

Difference between Bobcat vs. Lynx | Image 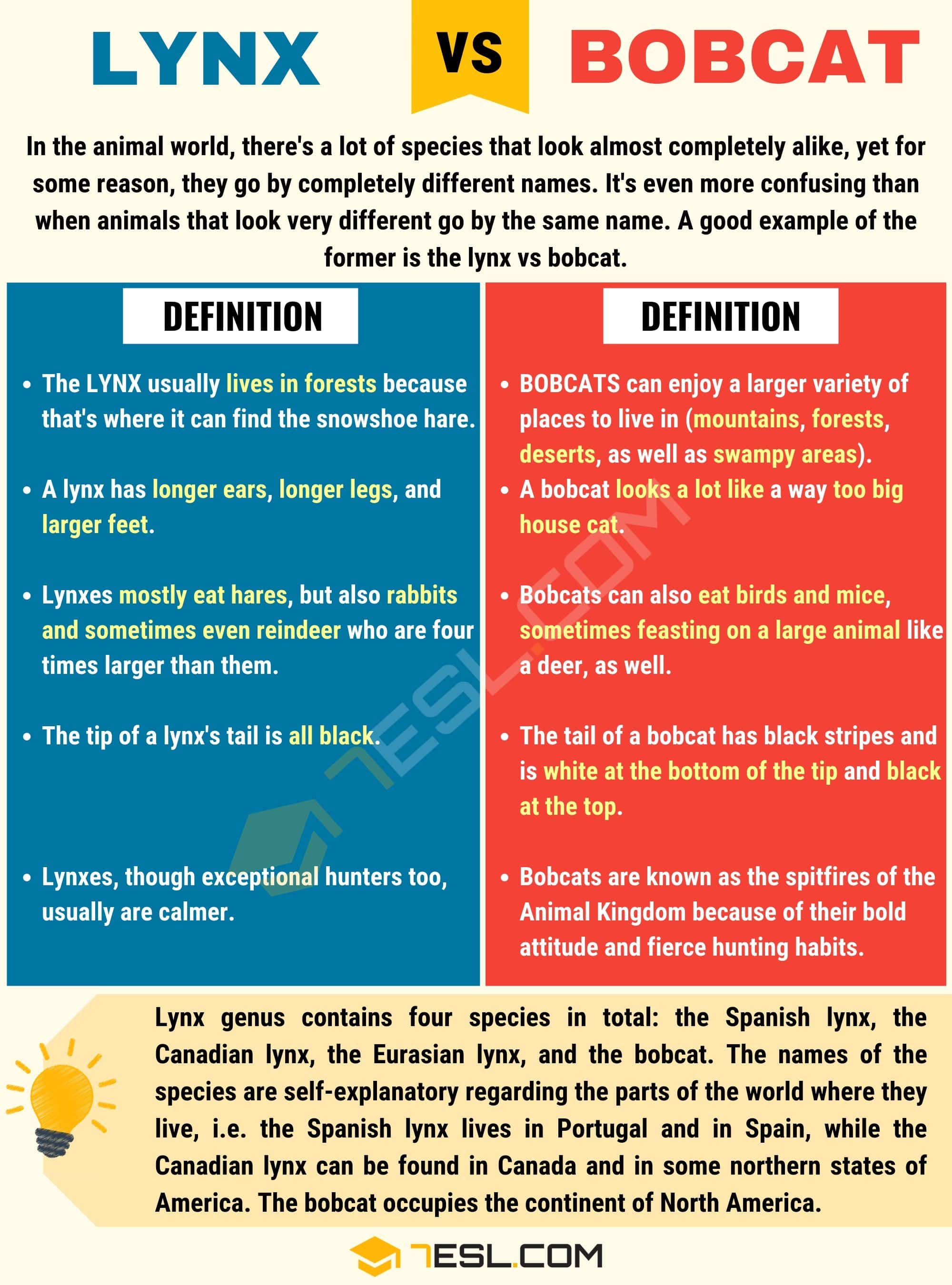