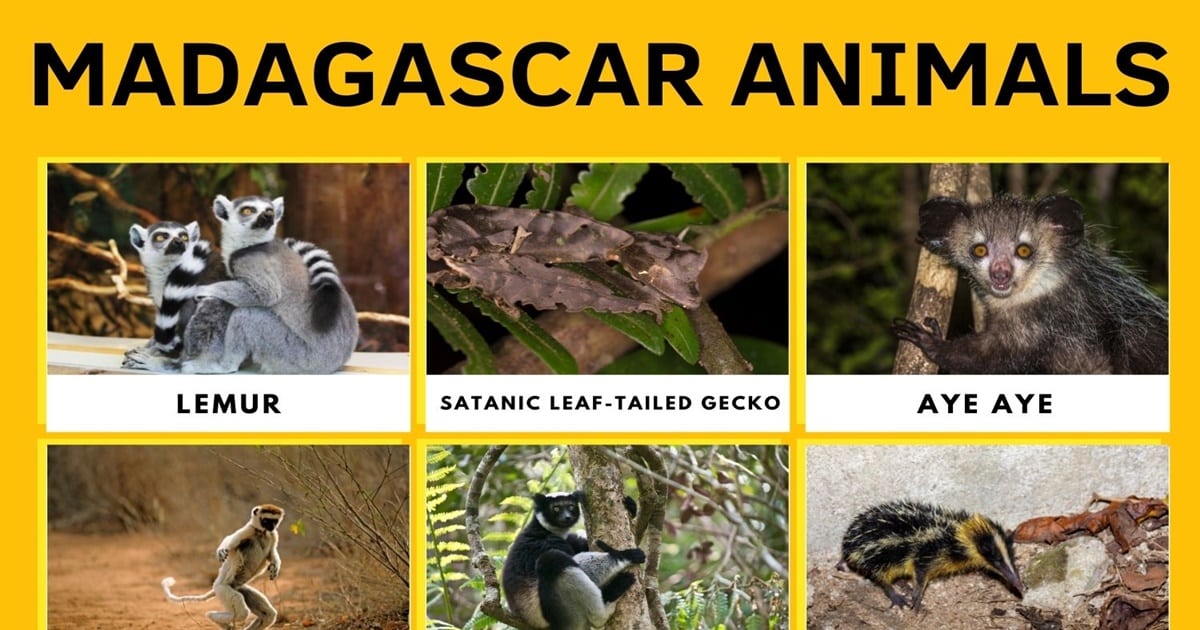 With more than 50 nature reserves and national parks, this great island is home to animals that are mostly endemic to the country. Madagascar animals cannot be found elsewhere in the world in the wild.

Madagascar is one of the most beautiful places in the world, lost in its flora and fauna. It is located in the Indian Ocean, on the east coast of Africa, the 90th century of endemic ventures found without loss, the animals and plants of the island are despised for the form of ice cream by 88 million people.

Some of the animals that you can find in Madagascar are:

Next, we describe some Madagascar animals with their characteristics:

It is also known as the ring-tailed lemur. This mammal belongs to the order of primates, among which it is considered one of the smallest in the world. It is characterized by having a body similar to that of a squirrel and stands out for its athletic abilities and highly social behavior.

The lemur has a long tail that allows it to balance and change direction as it moves through tree branches. It is an omnivorous animal, its diet includes fruits, insects, reptiles, and birds. 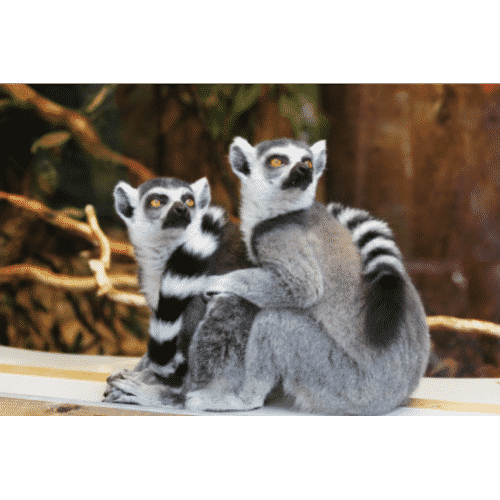 It is a skillful species when it comes to camouflaging itself with the leaves of its habitat. It has an arched body with stipes that cover its skin, its tail is similar to a folded leaf, which helps it hide among the foliage.

The color of the gecko can vary, but the most common is that it appears in brown tones with tiny black spots. This animal is a nocturnal and oviparous species. 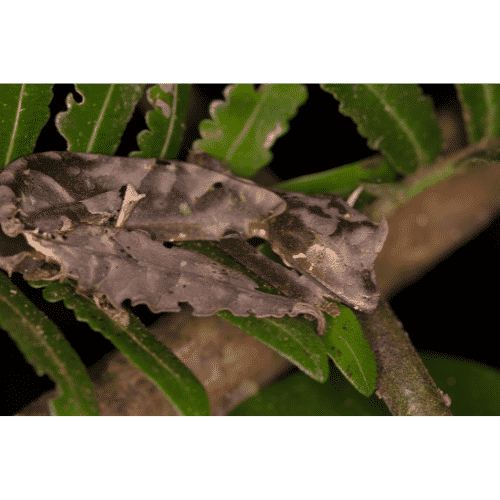 It has a curious appearance. Despite looking like a rodent, it is the largest nocturnal primate in the world. It is characterized by having elongated and curved fingers, which it uses to get insects in deep and difficult to reach places, such as the trunk of trees.

The species has gray fur and has a long, bushy tail. As for its location, it is only found in Madagascar, specifically on the east coast and in the forest of the northwest. 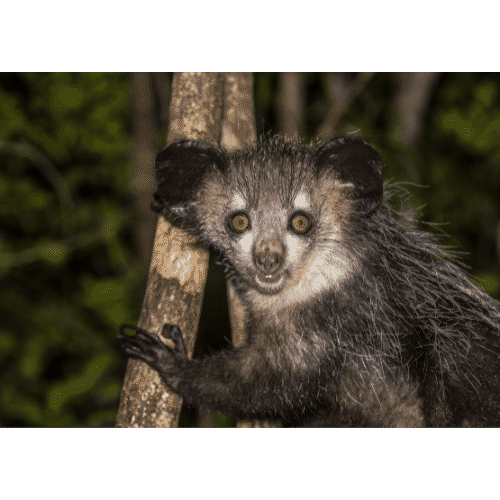 It is a species of white primate with a black face, it has a long tail that allows it to jump between the trees with great agility. Inhabits tropical jungles and desert areas.

It is territorial, but at the same time social, so they are grouped in groups of up to 12 members. They feed on leaves, branches, nuts, and fruit. 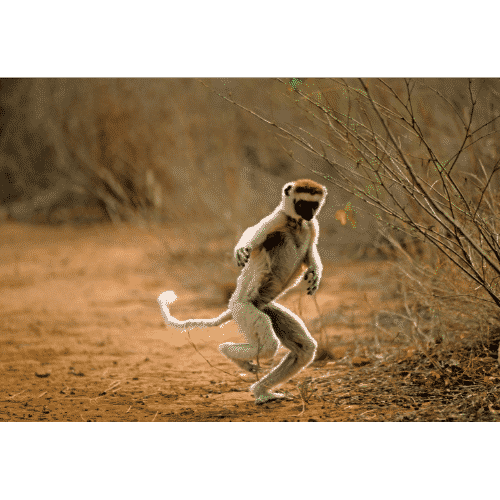 It is the largest lemur in the world, measuring up to 70 centimeters and weighing 10 kilos. Their fur varies from dark brown to white with black spots. It is characterized by remaining with the same partner that it has chosen until its death. It feeds on the nectar of trees, as well as nuts and fruits. 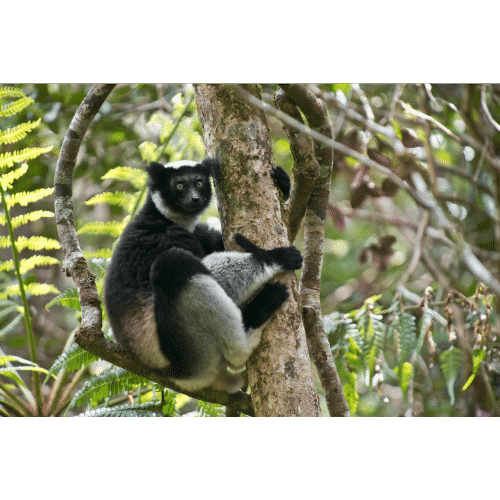 It is a mammal with a long snout and a body covered with small spikes that it uses to defend itself. He has the ability to communicate through a sound that he makes by rubbing different parts of his body, which even helps him to get a partner.

It can be found in the humid tropical forest that exists in Madagascar, where it feeds on earthworms. 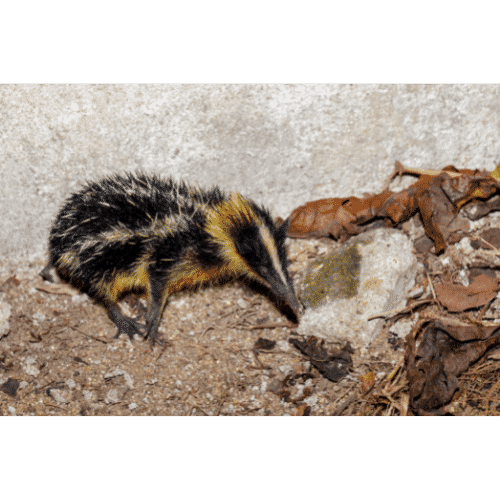 Names of Madagascar Animals in English 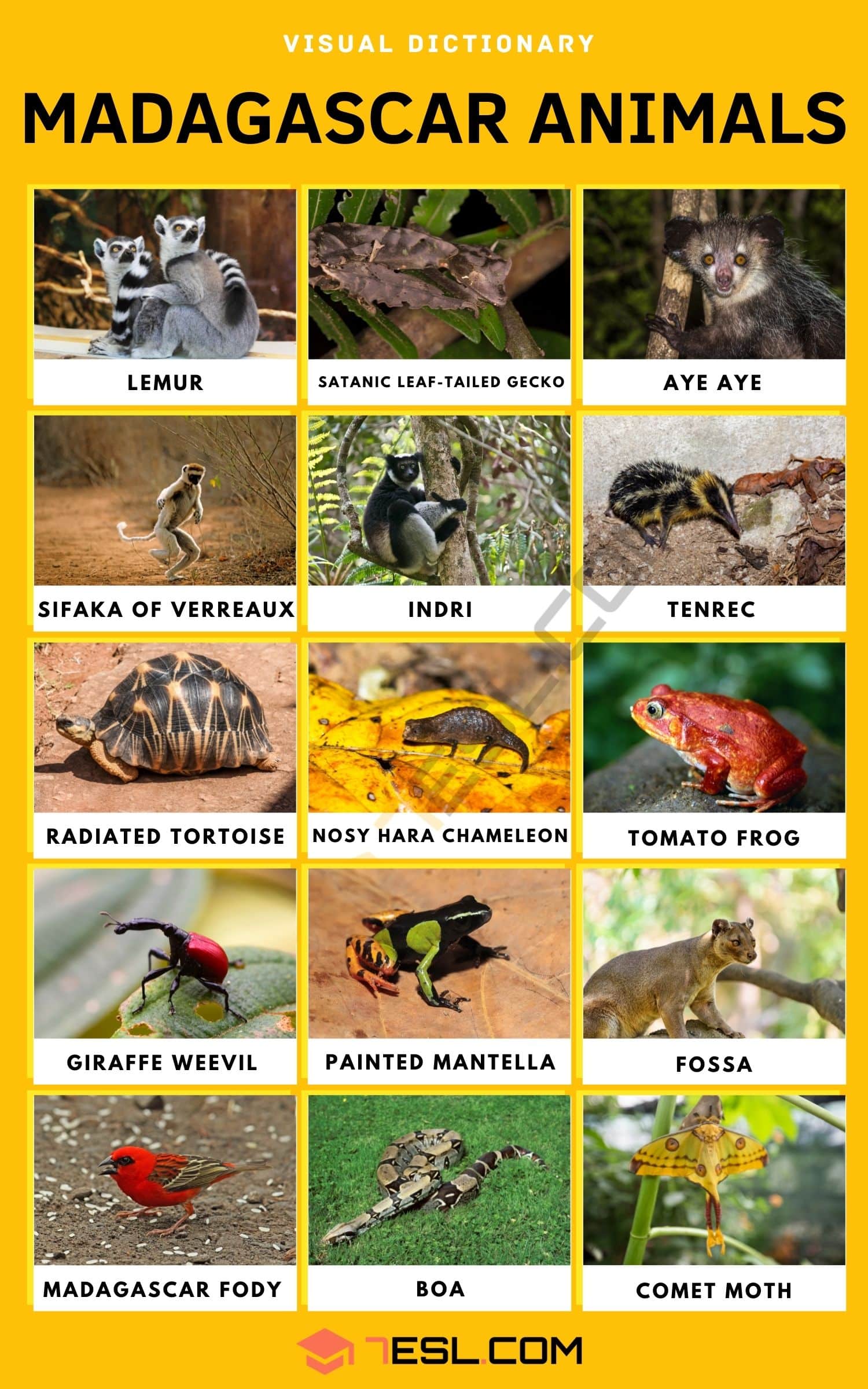