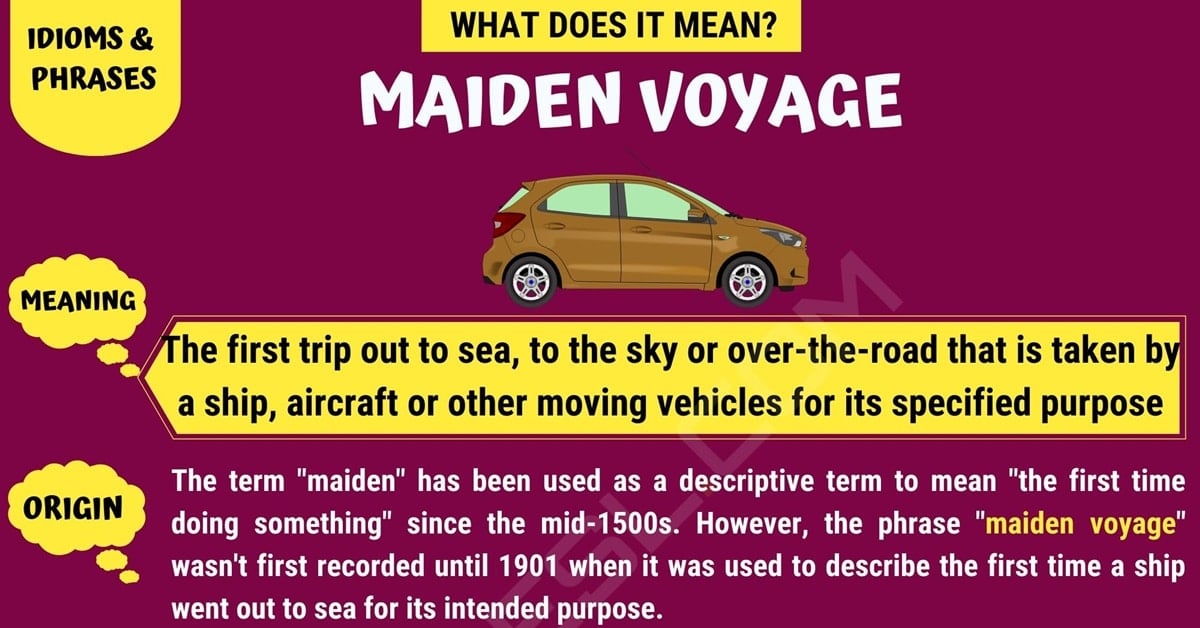 The phrase “maiden voyage” has been used for many years as an idiom in the English language. If you are not familiar with the meaning of this term, its usage can leave you scratching your head. If you are stuck wondering what this phrase means or where it comes from then you have come to the right place. Here you will find the meaning of this phrase, information about its origin, some example sentences and conversations that will help you better understand it and use it properly, and some alternative suggestions you can say to mean the same thing.

The phrase “maiden voyage” means the first trip out to sea, to the sky or over-the-road that is taken by a ship, aircraft or other moving vehicles for its specified purpose. It can also be used as a way to describe someone’s first experience doing something.

The term “maiden” has been used as a descriptive term to mean “the first time doing something” since the mid-1500s. However, the phrase “maiden voyage” wasn’t first recorded until 1901 when it was used to describe the first time a ship went out to sea for its intended purpose.

A discussion between two friends.

There are several other ways to say the phrase “maiden voyage” and state the same meaning. Other words or phrases you could say to replace this phrase include:

What does “Maiden Voyage” Mean? | Image 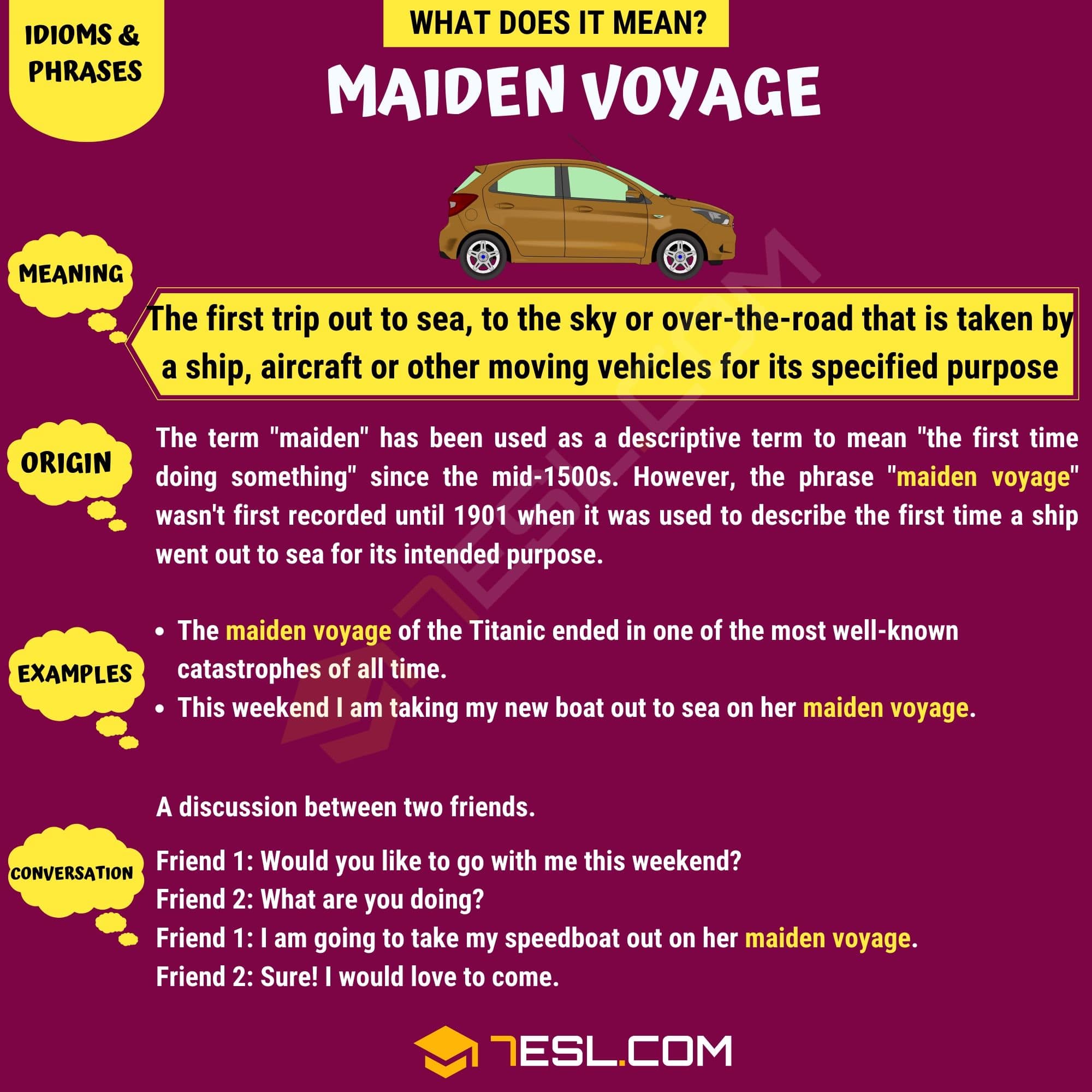