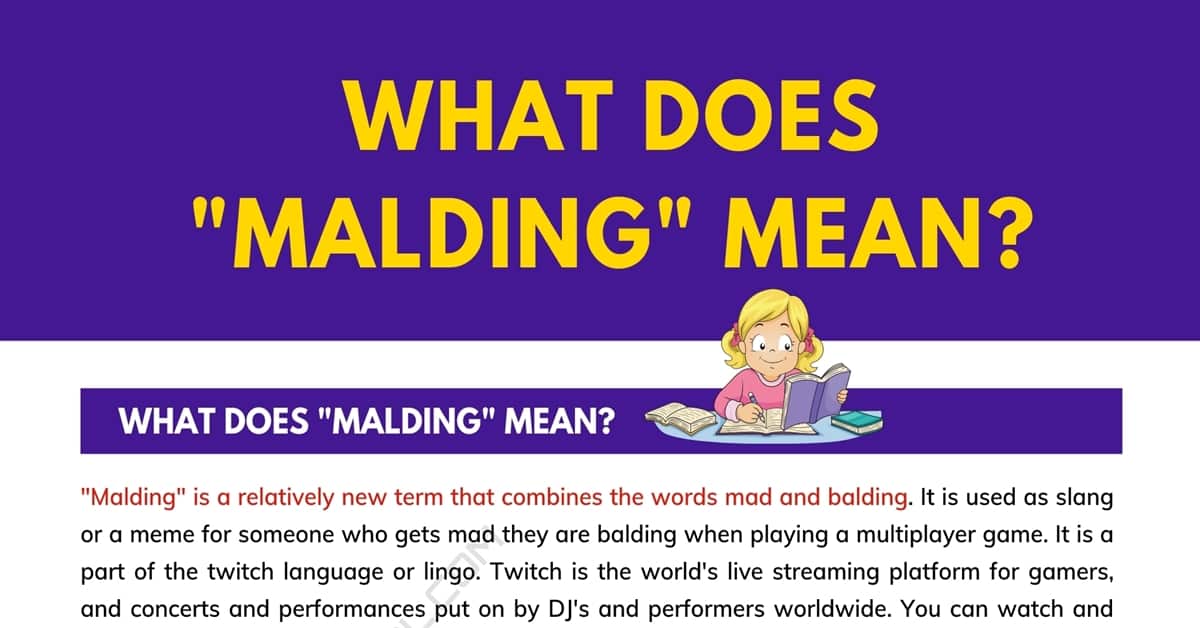 “Malding” is a portmanteau word, just like the word hangry (hungry and angry). That means that it is a combination of words to create a new one. A couple of other very common portmanteau words are smog (smoke and fog), brunch (breakfast and lunch), and sitcom (situation and comedy). In this lesson, we are going to take a look at the meaning, origin, and examples of “malding”.

What Does “Malding” Mean?

“Malding” is a relatively new term that combines the words mad and balding. It is used as slang or a meme for someone who gets mad they are balding when playing a multiplayer game. It is a part of the twitch language or lingo. Twitch is the world’s live streaming platform for gamers, and concerts and performances put on by DJ’s and performers worldwide. You can watch and chat on this platform with other fans from all over the globe. Anyway, “malding” is used on that platform for a lot of gamers who get so stressed that their hair begins to fall out! Gaming, wow, what a scary thing.

“Malding” was first officially seen in Urban Dictionary back in 2011, however, people have been googling the word since 2004. It is a common search word. “Malding” has now completely taken off in the twitch community which has expanded exponentially over the COVID times.

“Mald” became popular from Forsen and the Forsenboys. In 2019 Forsen (a famous twitch user) was playing a streamed game and the people watching started sending all sorts of spam to the chatroom. They were rude and making fun of him for getting so worked up about the game he was participating in. Forsen was also balding and the chat room was full of messages that said, “so bad, so mad” which evolved into, “so bald, so mad.” Then, this turned into “so bald, so mald.”

Other Meanings of “Malding”

So, this is actually a combination of three words: bad, mad, and bald. Mald kept showing up in Forsen’s chatroom, so he finally looked up the meaning in Urban Dictionary and discovered what the people were discussing and referring to. A few days later, a user on Reddit (another social online platform) asked people to up-vote an image of Forsen so that it would show up on google when you type in “malding” or “mald.” Now, when you type in “mald” in the google search bar a picture of Forsen comes up.

Mald is used by twitch players. In June of 2019, a video was posted on twitch called “the malding of twitch.” It is a video of a bunch of well-known twitch users who are balding entirely or have bald spots. The term “malding” has grown more and more in popularity and is now used for a multitude of gamers who have started to lose their hair due to stress is playing games.

Examples and Other Phrases of “Malding”

Instead of saying “You are malding” one could say that someone is mad and bad at a game and has begun to go balding from it. Since the word was created from three other words it doesn’t really have synonyms, just the original words to use.

What seems like a funny word, is actually also a horrible word that originated from bullying. People are not very kind when they see someone struggling and the fact that the word took off on behalf of making fun of someone really goes to show the work that still needs to be put into the world when rooting for kindness. “Malding” may seem like a funny way to describe someone, but it is also mean and childish.

What Does “Malding” Mean? | Infographic 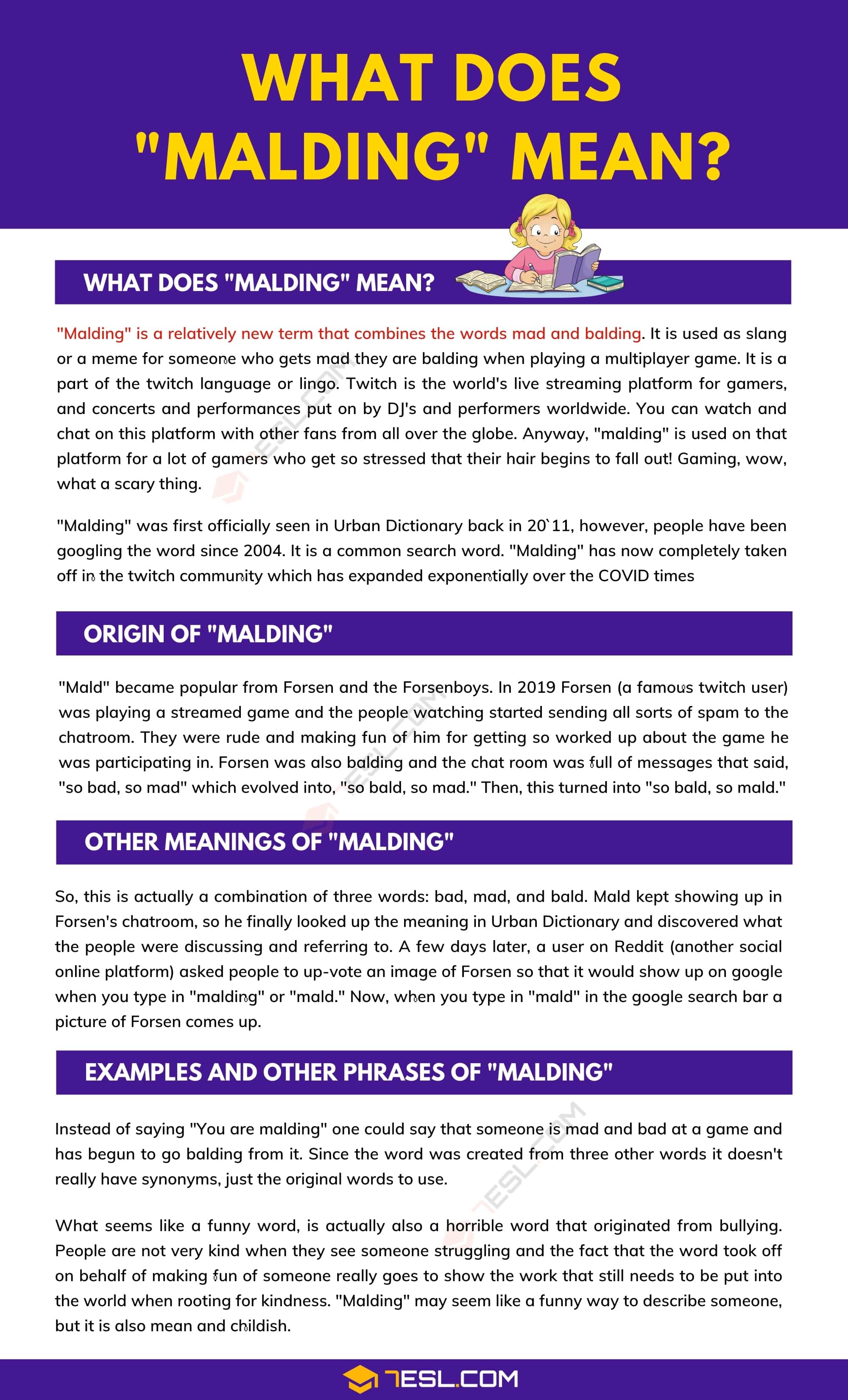