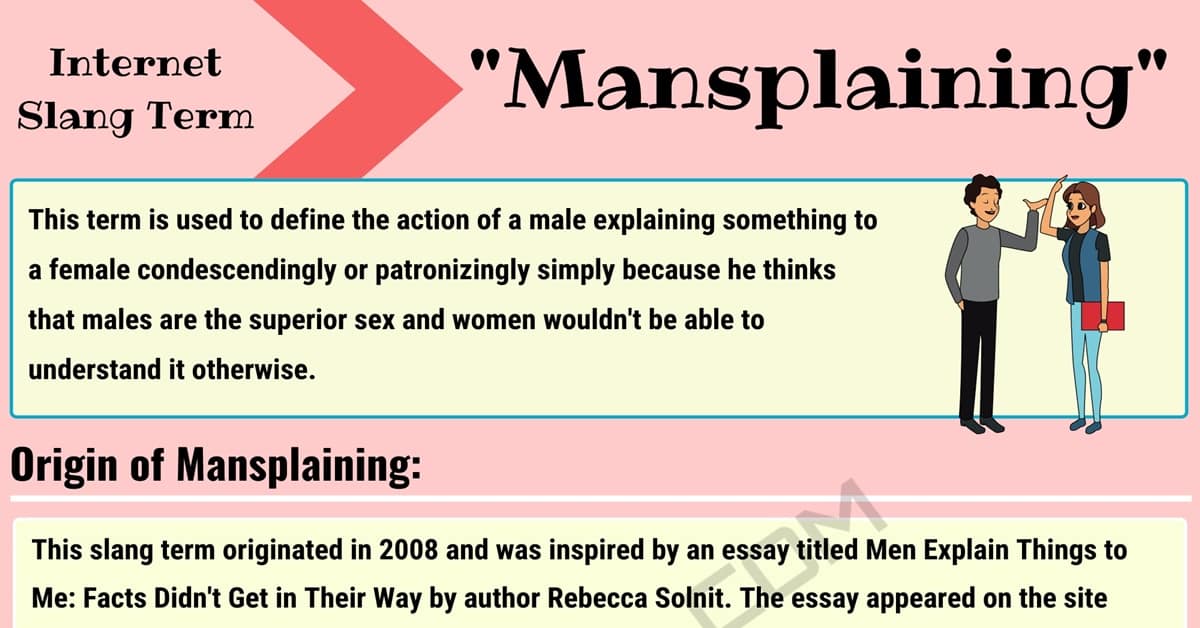 The slang term “mansplaining” is a word that has been used for over ten years online where it gained its popularity. If you have just recently encountered this phrase for the first time and are wondering what it means, then you have come to the right place.

Here you will find the meaning of this term, information about its origin, and other meanings if it has any. There are also some conversation examples available to help you better understand the meaning and learn how to use the word correctly in context. Finally, you will see some words or phrases that can replace this term without changing the meaning of the overall statement you are attempting to make.

What Does Mansplaining Mean?

This term is used to define the action of a male explaining something to a female condescendingly or patronizingly simply because he thinks that males are the superior sex and women wouldn’t be able to understand it otherwise.

This slang term originated in 2008 and was inspired by an essay titled Men Explain Things to Me: Facts Didn’t Get in Their Way by author Rebecca Solnit. The essay appeared on the site TomDispatch.com on April 13th of that year. Although initially defined differently, the term took on the meaning above after it began being used popularly by feminist bloggers and across social media platforms. This slang term is a portmanteau of the two words “man” meaning male and the slang form of the term explaining which is “splaining.”

Currently, there are no other known meanings for this particular slang phrase.

There are just a few other words that you could use in place of this term that carry the same meaning as the original term. Some words or phrases you could use instead include: 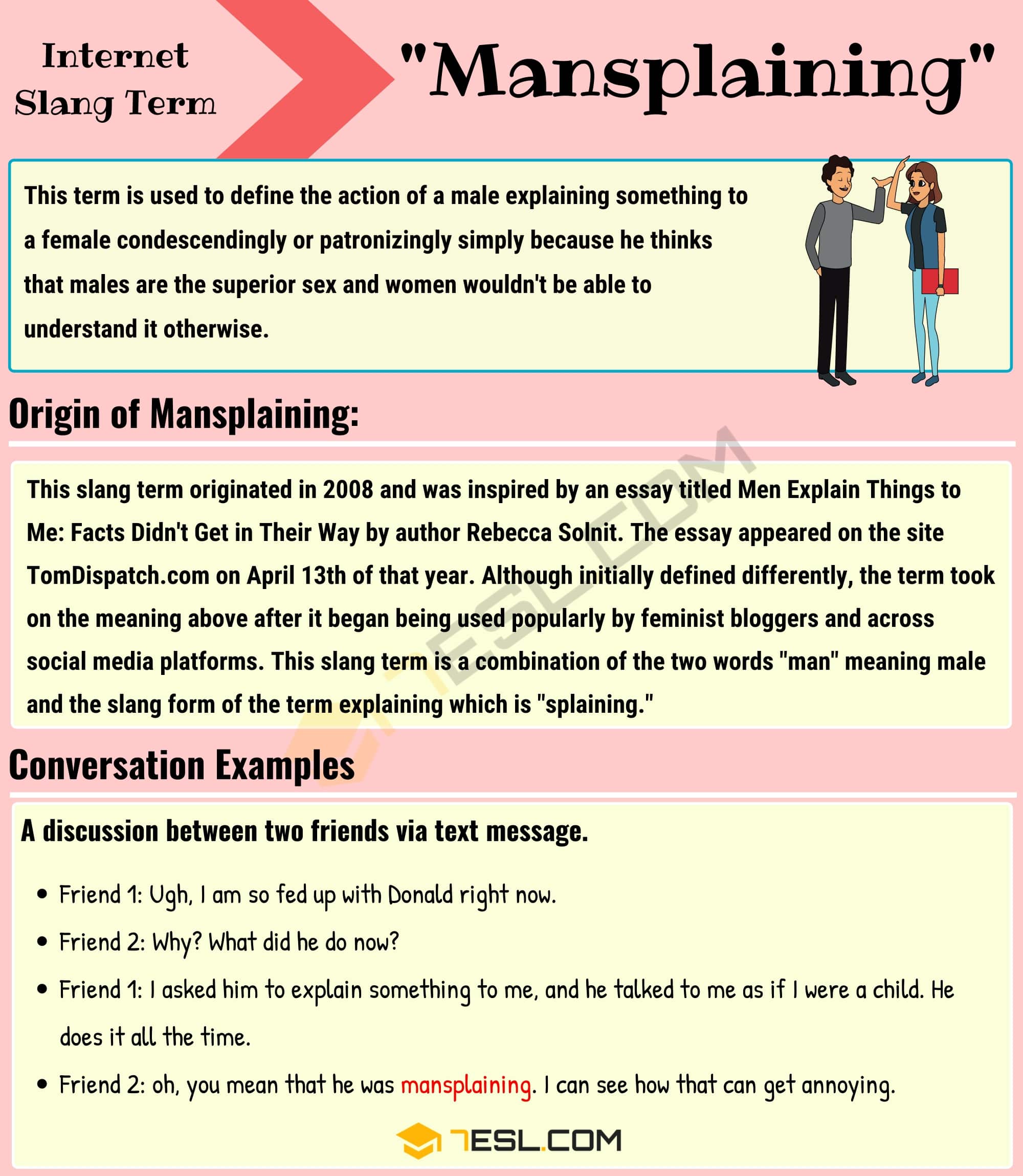