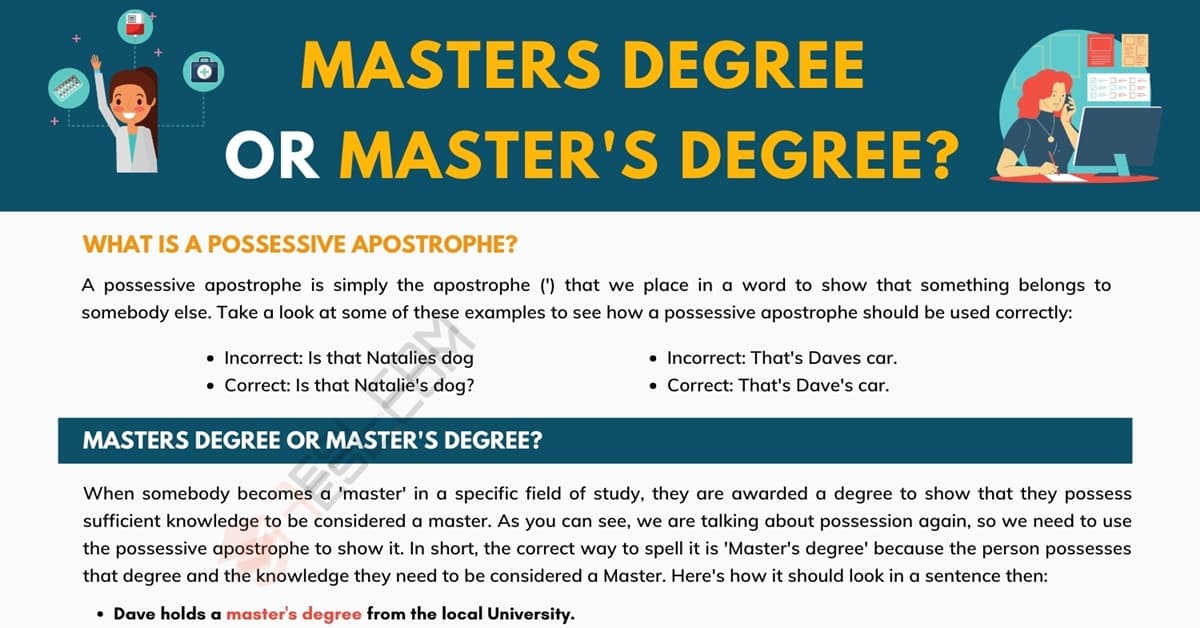 Masters degree or master’s degree? Even people who have one of these degrees probably struggle with how exactly to spell it correctly. If you’re trying to write about the degrees you hold on a job application though, it can become a little stressful when you’re not sure exactly how to spell it. Thankfully, this guide will take you through everything you need to know. When we ask the question ‘Is it masters degree or master’s degree?’ we’re really talking about something called possessive apostrophes. Let’s explore that a little more first.

What Is a Possessive Apostrophe?

The question now is, do we own a master’s degree – or is it simply a masters degree?

When somebody becomes a ‘master’ in a specific field of study, they are awarded a degree to show that they possess sufficient knowledge to be considered a master. As you can see, we are talking about possession again, so we need to use the possessive apostrophe to show it. In short, the correct way to spell it is ‘Master’s degree’ because the person possesses that degree and the knowledge they need to be considered a Master. Here’s how it should look in a sentence then:

Because you are indicating that Dave possesses a degree at the level of ‘master’, you need to include the possessive apostrophe. Remember though, possessing something doesn’t mean you have to physically be able to hold it. It is likely this misconception that started the confusion around whether it is masters degree or master’s degree to begin with.

Why Is ‘Masters degree’ Not Flagged As Being Wrong?

When you’re filling out a job application online and type ‘Masters degree’, you’ll notice that the little red squiggly line to indicate a misspelling isn’t there. That’s because ‘Masters’ as a word is correct. Masters is simply the plural of master. So if there were two people considered a master, then you could refer to them both as ‘Masters’. Here’s an example.

Because you are using the word masters to talk about two people who are considered to be a master in something, you do not need to use the possessive apostrophe, because you are trying to express the plural of master, not the possession of something.

A Note on Specific Degrees

If you are ever in need of writing master’s degree down, then it’s most likely going to be on a CV or a job application to let somebody know about your level of education. So, it’s important to know that there is a generally accepted format across all fields when doing this. Whilst you might say you have a master’s degree in a less formal setting, the correct way on a job application, for example, is to not show possession with the apostrophe at all, but instead state that you are the master of a specific field. Below we’ll include some examples, but note what is capitalized and what isn’t.

When referring to yourself as Master in terms of the degree level you hold, it should always be capitalized, and so too should your area of study in which you were awarded your master’s degree.

It can become slightly confusing when you are looking at somebody referring to themselves as a ‘Master’ of a subject, and when you are referring to a master’s degree. So, we’re going to take you through some more examples of each and it will hopefully give you an idea about how to use them correctly.

Hopefully, the above examples make the rules a little clearer. All of the examples that we have looked at throughout this guide could realistically be used, but it all depends on the context in which you use them. Each one is correct if you use them in a given way. But remember, if you are ever talking about a master’s degree, it is only correct with the possessive apostrophe to show that somebody owns/has/possesses the knowledge required to be awarded the degree to make them a master. 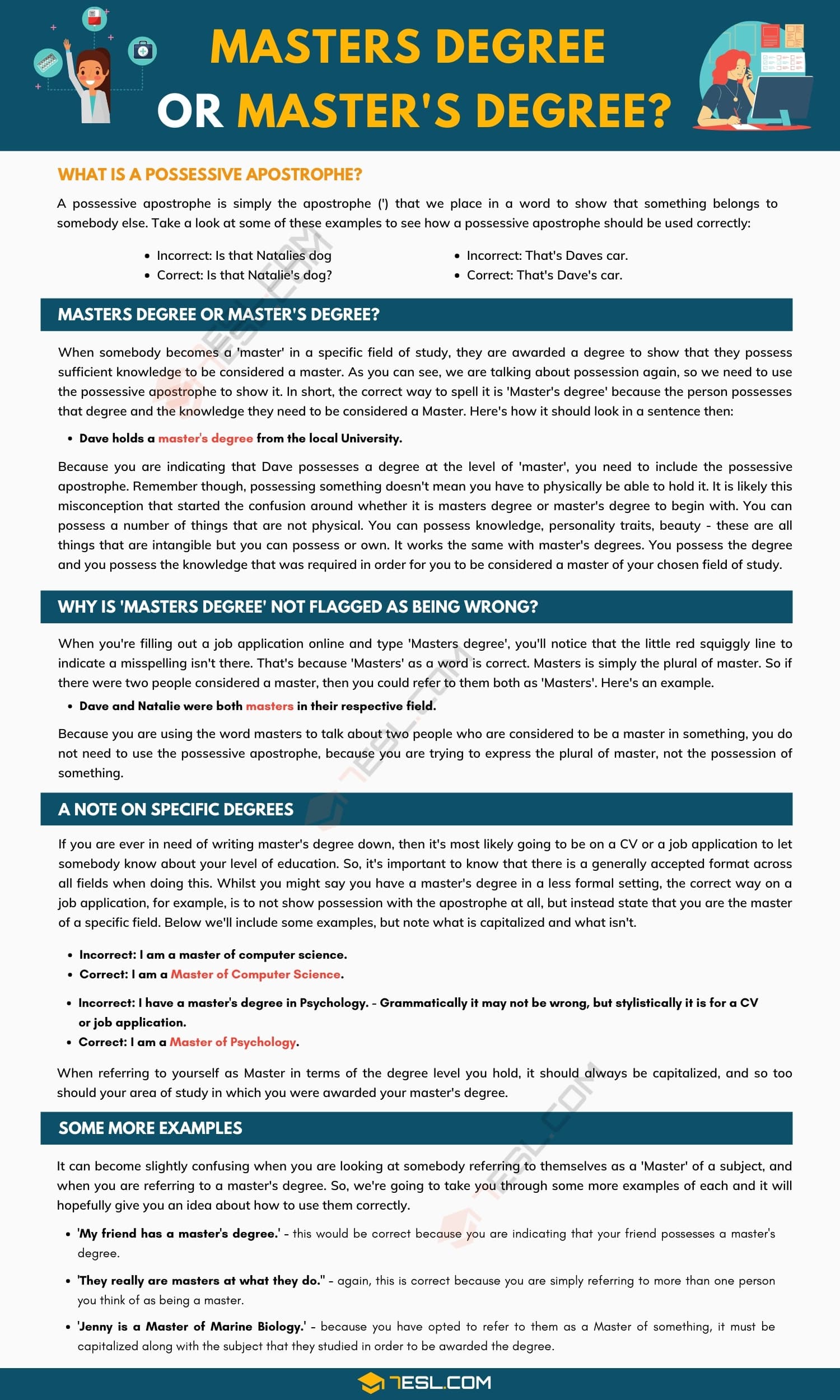 what about the PhD degree? May we use the PhD’s degree?