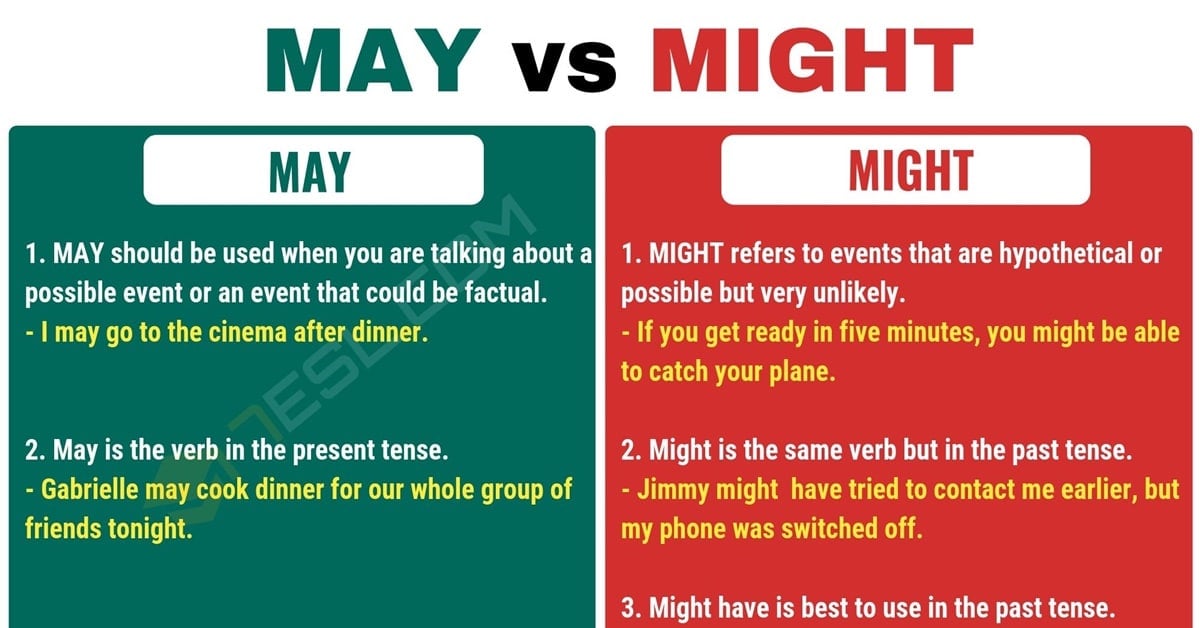 May vs. might! Modal verbs, in general, can cause a lot of confusion. When it comes to choosing between two specific verbs, such as may vs. might, things get even more complicated. Many writers find themselves pausing for a moment to consider which of them would be a correct fit in their sentence. In addition, many people, especially when they are speaking, tend to use these two words interchangeably. But can we really do that? And if we can’t, what are the rules for the use of may vs. might?

Both may and might refer to an event that is possible or probable to happen. However, the first difference is that may should be used when you are talking about a possible event or an event that could be factual. In contrast, might refers to events that are hypothetical or possible but very unlikely.

On the other hand, if you say, “I MAY go to the cinema after dinner”, you are talking about something that is very possible to happen. Following the same logic, if one of your colleagues is late to work almost every day, you will need to use may when you tell him, “You MAY lose your job”.

The second difference is that may is the verb in the present tense, while might is the same verb but in the past tense. So, depending on the tense you’re using in your sentence, you can easily determine which will be the correct word to go with. For example, in the sentence, “Gabrielle MAY cook dinner for our whole group of friends tonight”, may is used because the whole sentence is in the present tense. But in the sentence, “Jimmy MIGHT have tried to contact me earlier, but my phone was switched off”, you need to use might because the sentence is in the past tense.

The next question is, can you replace might have with may have? Though there isn’t a strict rule about it, it’s generally believed that might have is best to use in the past tense. When you speak or write an informal text, you don’t have to worry about it. But if you’re preparing a text for a professional audience, you should be careful. Therefore, only sentences such as, “If I hadn’t been so busy yesterday, I MIGHT have given you a call” will be acceptable.

Finally, what do you do when you’re asking permission? Though you’d come across may more often, you can use both words interchangeably. So, you can say either, “MAY I ask you something?” or “MIGHT I buy this t-shirt?”.

Still, with asking permission, there’s one thing you should keep in mind: sometimes using may instead of might will create confusion. For example, what exactly do you mean when you say, “I MAY not go out tomorrow”? There are two possible meanings. You either mean that you aren’t allowed to go out tomorrow, or that you might not go out tomorrow, i.e. there is a chance that you won’t. To avoid misunderstandings, it’s better to use might.

To sum up, even though may and might have their similarities, it’s good to know the differences between them and remember that these two words cannot be used interchangeably. So, may goes with situations that are or could be possible, while might goes with more hypothetical and less probably situations. And if you’re saying that there’s a possibility of something not happening, you should use might to avoid confusion. 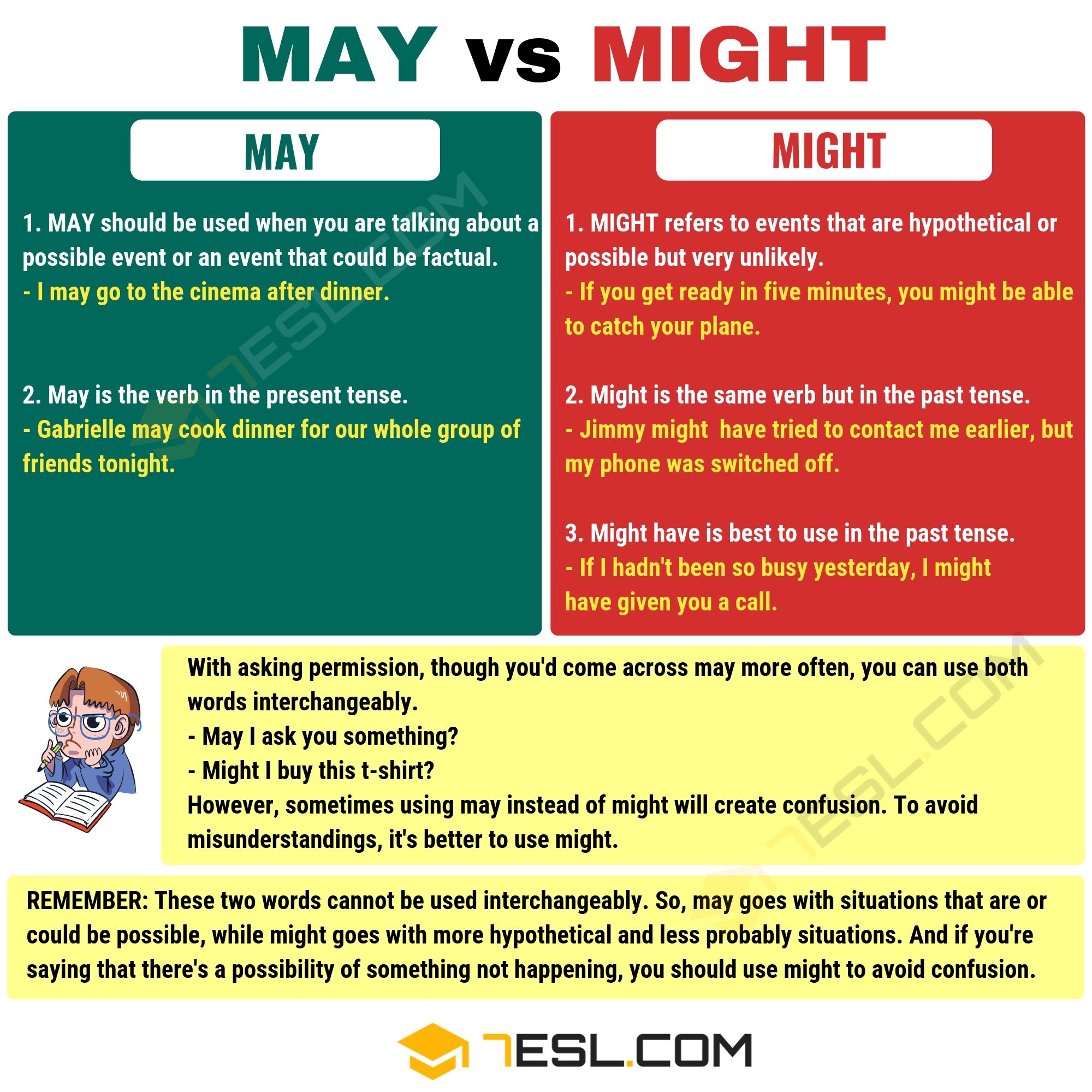 Thank you for clarifying that “might” can be used for something unlikely.

Perhaps you can help with “problematic”.
It now seems to be used to mean “a problem”, as in “I find it problematic to get up in the morning.”

Perhaps it’s time to surrender “problematic” as another word with a precise meaning ruined by generalization.

“The government may need to revise its policy in light of this report.”

Which country are you from? Because as far as HMG go, might would generally be more accurate. Theoretically they could listen to the report, but in relaity they just always kick it into the long grass, whatever it may be.