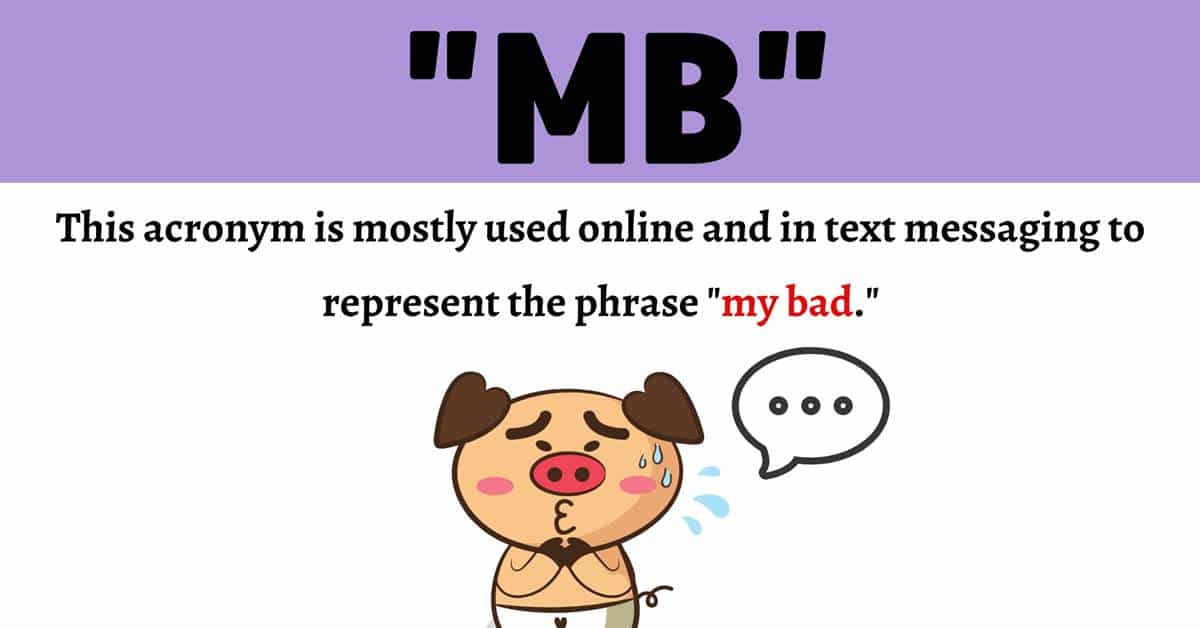 If you though, like many, that the acronym “MB” most popularly represented the word megabyte when used online and in text, you would be incorrect. Below you will find the most popular phrase represented by this acronym, along with some information about its origin, and some other meanings. You will also find some example conversations that illustrate how this term is used correctly within context and some words or phrases that you can use interchangeably for the acronym and the phrase that it represents without changing its meaning.

What Does MB Mean?

This acronym is mostly used online and in text messaging to represent the phrase “my bad.” This phrase is used when you are admitting that you were wrong or incorrect about something.

The phrase “my bad” has been used as a form of American street slang since the late 1970s. The first recorded written usage of the phrase was in a book titled Back-In-Your-Face Guide to Pick-Up Basketball by authors C. Wielgus and A. Wolff in 1986. However, it was not until the movie Clueless was released in 1995 that this phrase would become wildly popular online and in regular conversation. Like other popular phrases, this term became represented more simply with this acronym to make it easier, quicker, and more convenient to type as well as reducing characters used for its expression on certain sites that limit character usage.

Like nearly every other acronym, this one can also be used to represent many other terms and phrases, some of which relate to much more specific things related to business and other realms of life. There are too many possible options that this term can represent and simply too many to mention them all here. However, some brief examples of other things this acronym can represent are “Master Bedroom,” “Molecular Biology,” “Message Board,” “Main Battery,” and “Myrtle Beach.”

A conversation between sister and brother via text message.

There are many words or phrases that you could use to replace this acronym and the phrase it represents without changing its meaning. Some other things you could say instead include: 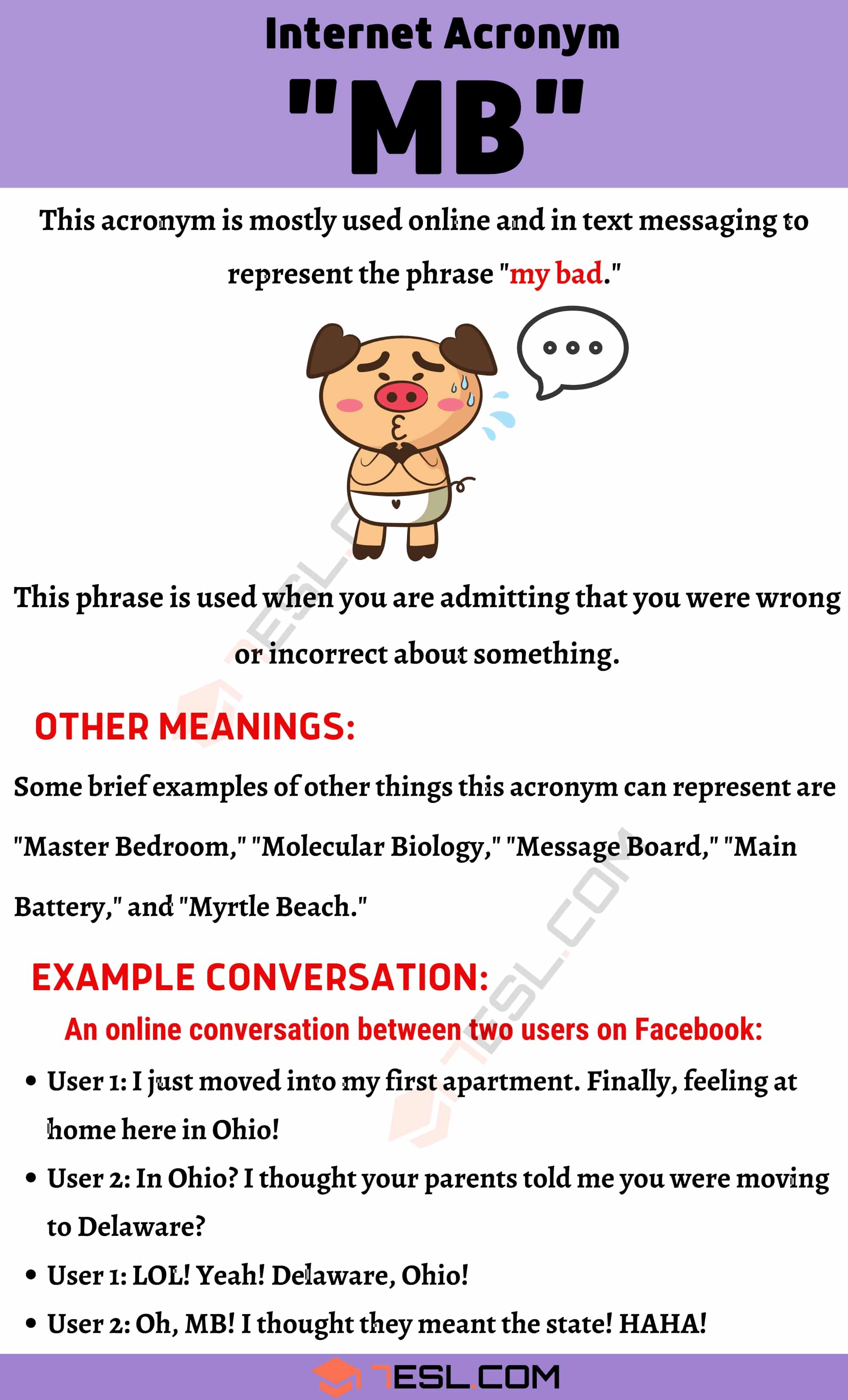