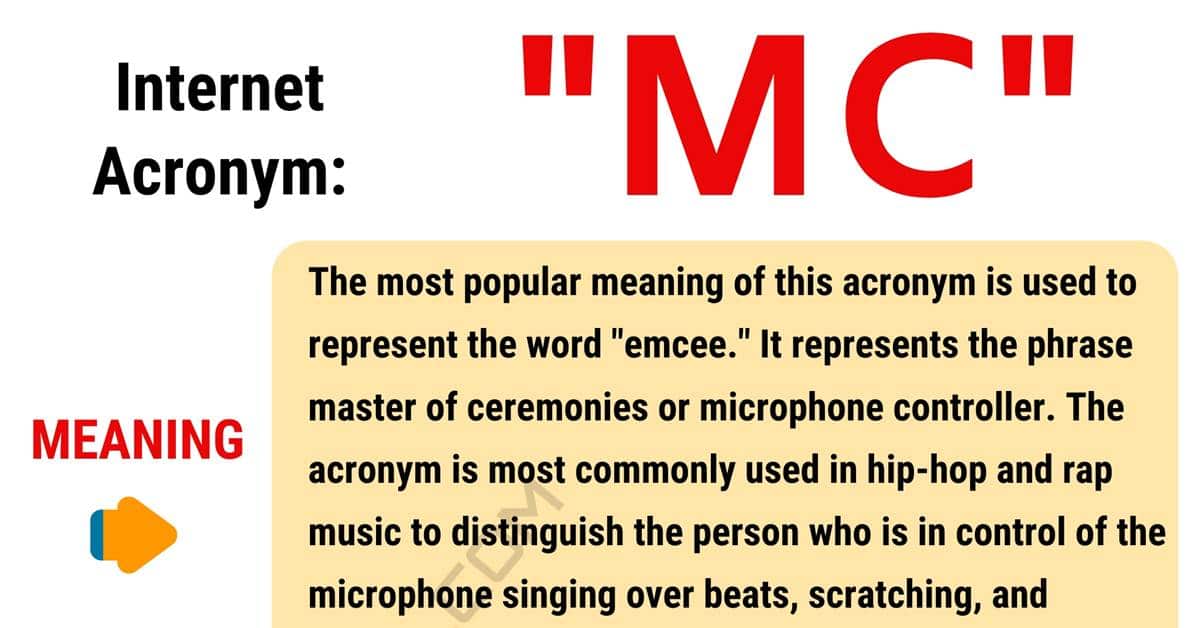 MC meaning! If you have watched the popular television show Sons of Anarchy, then you probably think you already know the meaning of this acronym. However, you would be wrong. While the show represents one alternative meaning, it is not the most popular meaning of the acronym and what it represents. Here you will find that meaning, the origin of the acronym, and some of the other meanings it represents of “MC”. You will also find some example conversations featuring the acronym and illustrating its proper usage. Lastly, you will discover some synonyms for the acronym that you can use interchangeably at your leisure to convey the same meaning.

What Does MC Mean?

The most popular meaning of this acronym is used to represent the word “emcee.” It represents the phrase master of ceremonies or microphone controller. The acronym is most commonly used in hip-hop and rap music to distinguish the person who is in control of the microphone singing over beats, scratching, and sampling that is provided by a DJ.

The term “emcee” has been used popularly in the past to mean a host of a party or some other special event. In the 1970s, the term “emcee” was shortened to the above acronym and used to represent hosts of block parties in New York as the hip-hop genre of music was growing in popularity. During the 70s, however, the DJ was the most important part of these parties and the emcee was there just to hype him/her up to the crowd. Over time, the emcee began to become a more important part of the whole scenario and led to the definition that we know today and is stated above.

There are many other meanings of this acronym, way too many to mention all of them here. As an acronym, the term can stand for “motorcycle club,” “Minecraft,” (the computer game), “main cashier,” “main character,” and “memory card.” The term can also be added to any word as a prefix to signify that anything is subpar to being considered good or great comparing things to McDonald’s food which is often considered bad food or not food at all.

Other Ways to Say “MC” 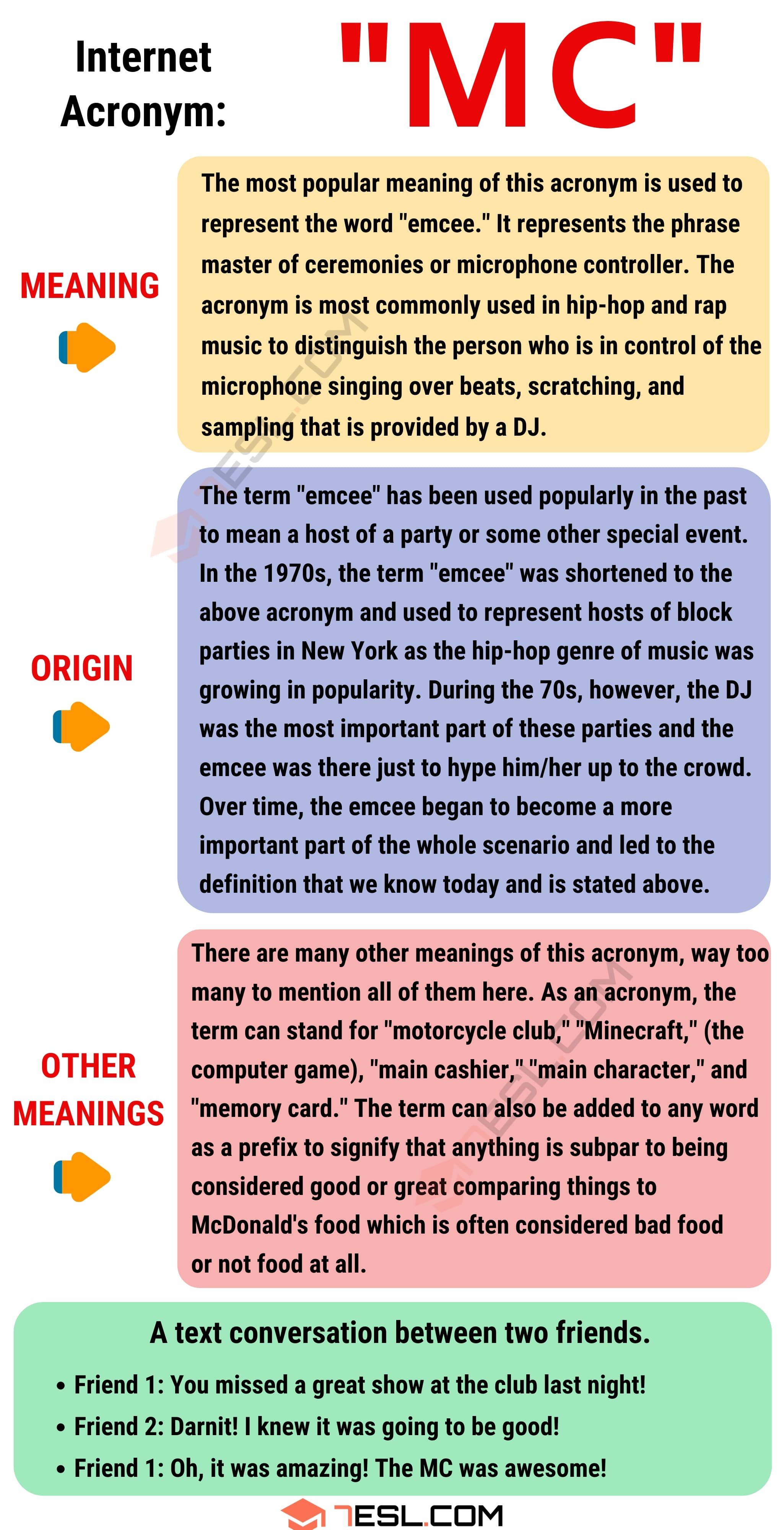