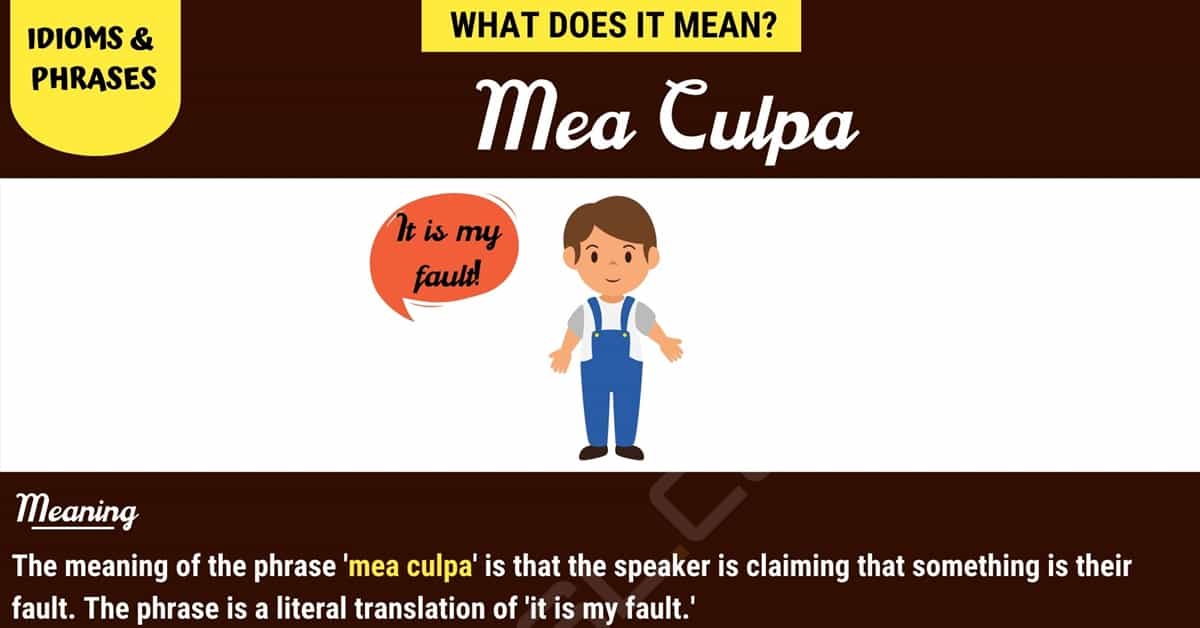 Have you ever heard someone use the term ‘mea culpa’ in a conversation? If you have, you may have wondered what the term means. We are going to take a look at its meaning and how the saying can be used in a conversation. We will also look at the history of the term and where it came from in the first instance.

The meaning of the phrase ‘mea culpa’ is that the speaker is claiming that something is their fault. The phrase is a literal translation of ‘it is my fault.‘

As we mentioned, the phrase is a direct translation of ‘it is my fault’ and it comes from the Latin language. The phrase originally comes from a prayer from the Catholic church for confession.

This is a statement made by someone in the workplace.

Here is a statement made by a husband to his wife.

If you are curious as to how the term ‘mea culpa’ can fit into a conversation, here are some examples of conversations which feature the phrase.

The first conversation is between two friends.

The next conversation is taking place between a girlfriend and her boyfriend.

Other Ways to Say “Mea Culpa”

There are other ways in which you can express the meaning of the term ‘mea culpa.’ Here are some examples of other things you can say which carry the same meaning. 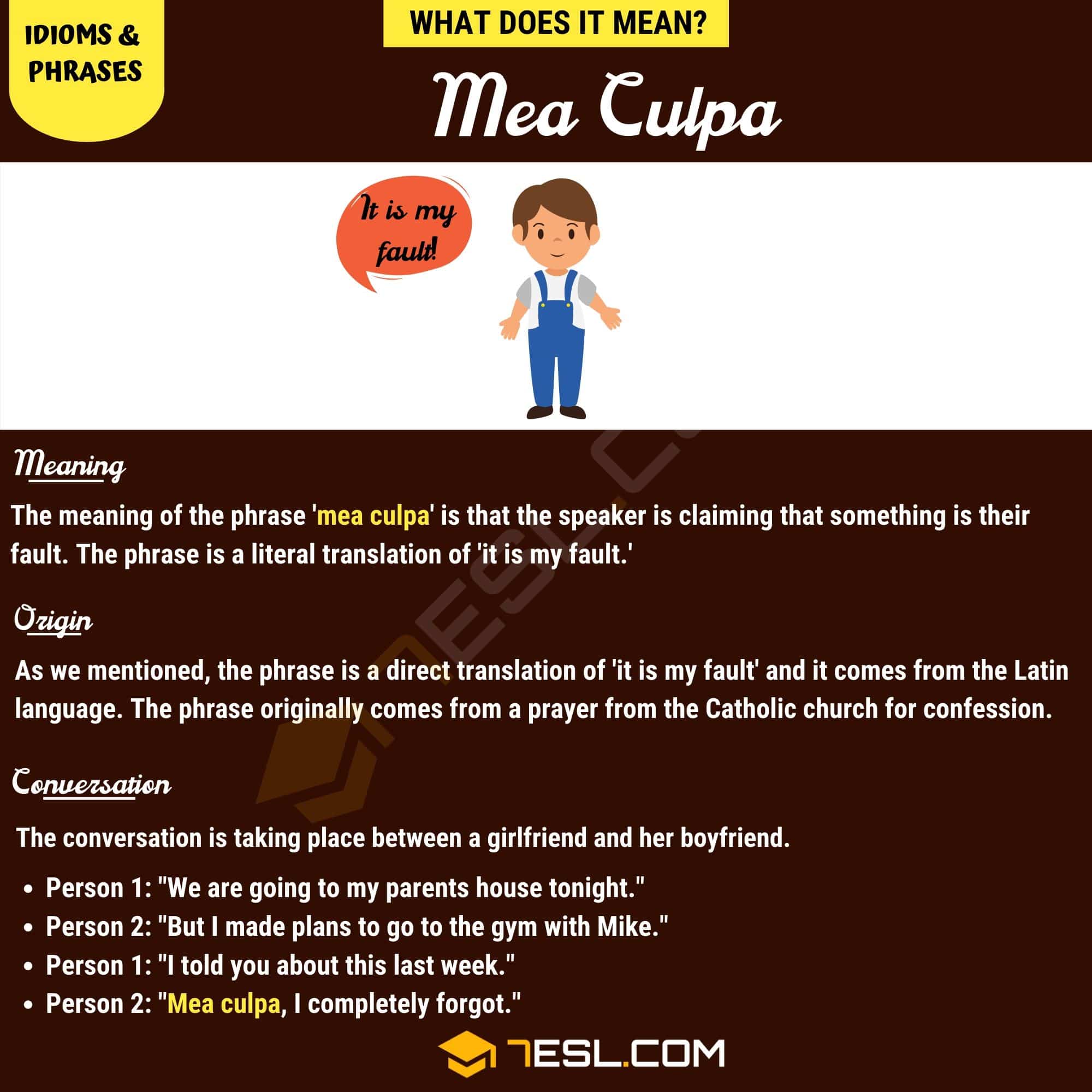