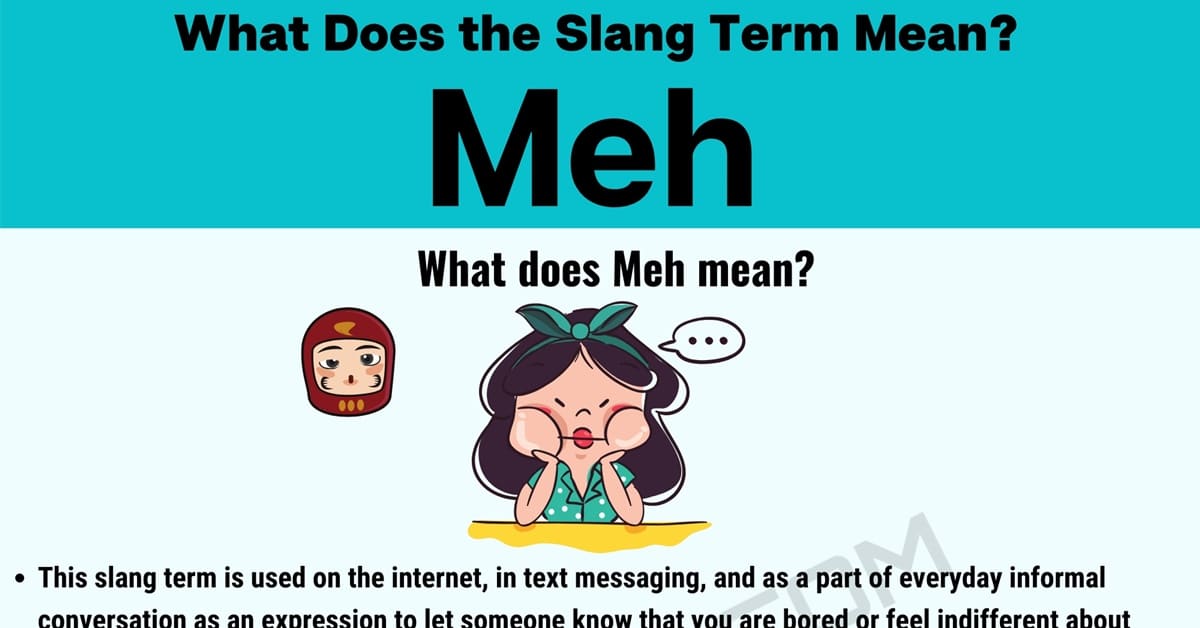 The internet slang term “meh” is one of the most popular slang words used today. If you have heard or seen this term being used recently and were wondering its meaning, then you have come to the correct place. Here you will learn all about this term including its meaning, origin, and even find out if it has other meanings or not.

You will also see the term featured in some example conversations to help you better understand how it is used properly. Finally, you will see some alternative words that you can use in place of this term during a conversation that will not change the meaning of the original thought or message.

What Does Meh Mean?

This slang term is used on the internet, in text messaging, and as a part of everyday informal conversation as an expression to let someone know that you are bored or feel indifferent about something.

This term was first used sometime in the 190s. It is said to have become popular after it was used on the popular U.S. television show The Simpsons.

There are many words that you can use to replace the usage of this slang term without changing its meaning. Some of the words that you could use depending on the context it is being used in include: 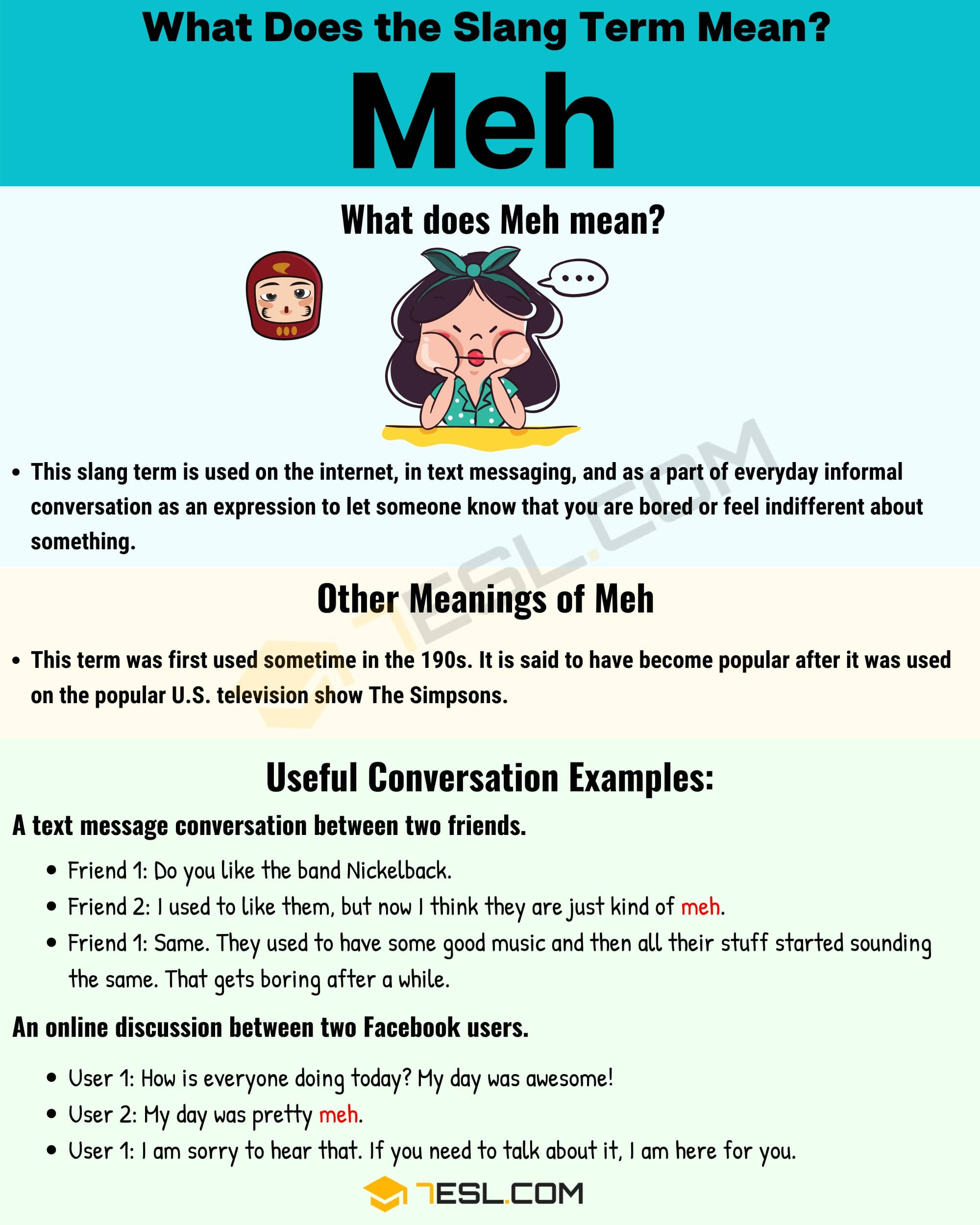