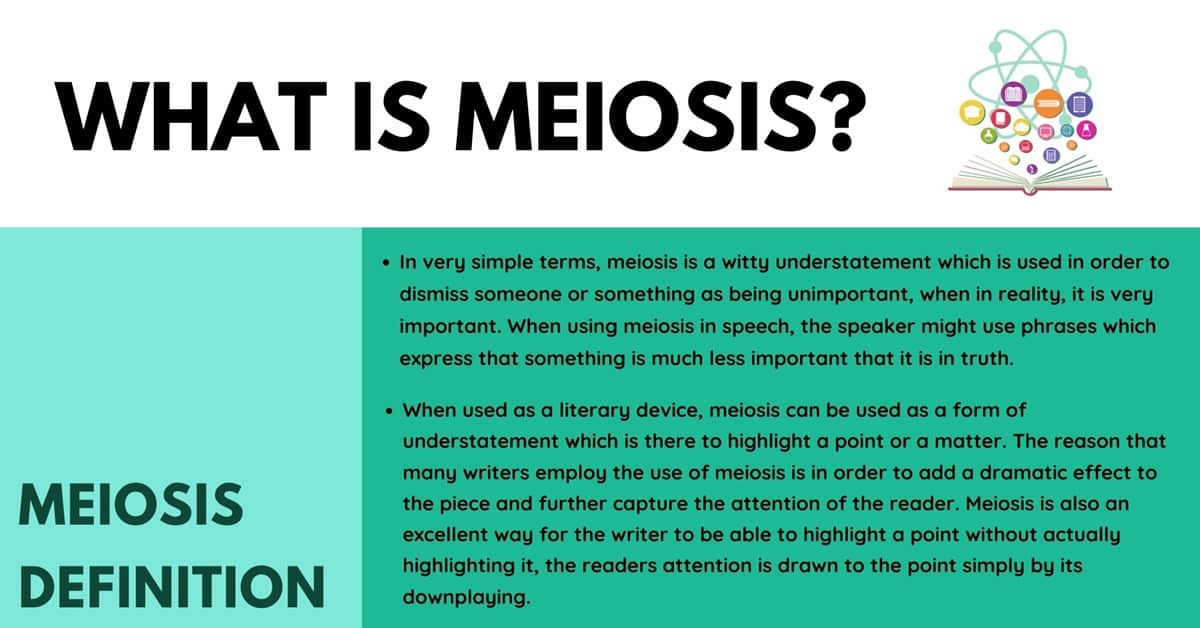 You may recognise the term meiosis from a scientific point of view, but it is in fact, also something used as a literary device. In this article, we are going to be looking at the meaning of meiosis and how it is used. We will also be looking at a series of examples to further enable us to understand how it works.

In very simple terms, meiosis is a witty understatement which is used in order to dismiss someone or something as being unimportant, when in reality, it is very important. When using meiosis in speech, the speaker might use phrases which express that something is much less important that it is in truth.

When used as a literary device, meiosis can be used as a form of understatement which is there to highlight a point or a matter. The reason that many writers employ the use of meiosis is in order to add a dramatic effect to the piece and further capture the attention of the reader. Meiosis is also an excellent way for the writer to be able to highlight a point without actually highlighting it, the readers attention is drawn to the point simply by its downplaying. It is a common technique used by many authors and has been used for many hundreds of years.

In order to successfully identify meiosis within a text, you are looking for something which contains the following points:

It is quite easy to confuse meiosis with other forms of understatement and so it is important to note the subtle differences between them. For example, one might confuse it with litotes, but there are some differences. Let’s take a look at these now:

Examples of Meiosis In Speech

You might often hear the use of meiosis in spoken language, especially in informal conversations. We are now going to take a look at some examples of how meiosis is used to show how it can add drama and humour to a conversation.

Examples of Meiosis In Literature

As we mentioned, meiosis is something which is used frequently in written work. In order for us to identify it and use it for ourselves in our own writing, we are now going to look at some examples to demonstrate its function.

Meiosis is used in both spoken and written language and is a witty way to imply that an item, person, event or place is not as important as it truly is. This form of understatement is commonly used in literature to downplay or belittle something in order to take away from its importance.

One of the most notable things about meiosis is that it can employ the use of other forms of figurative language such as litotes and euphemism in order to make it more dramatic. 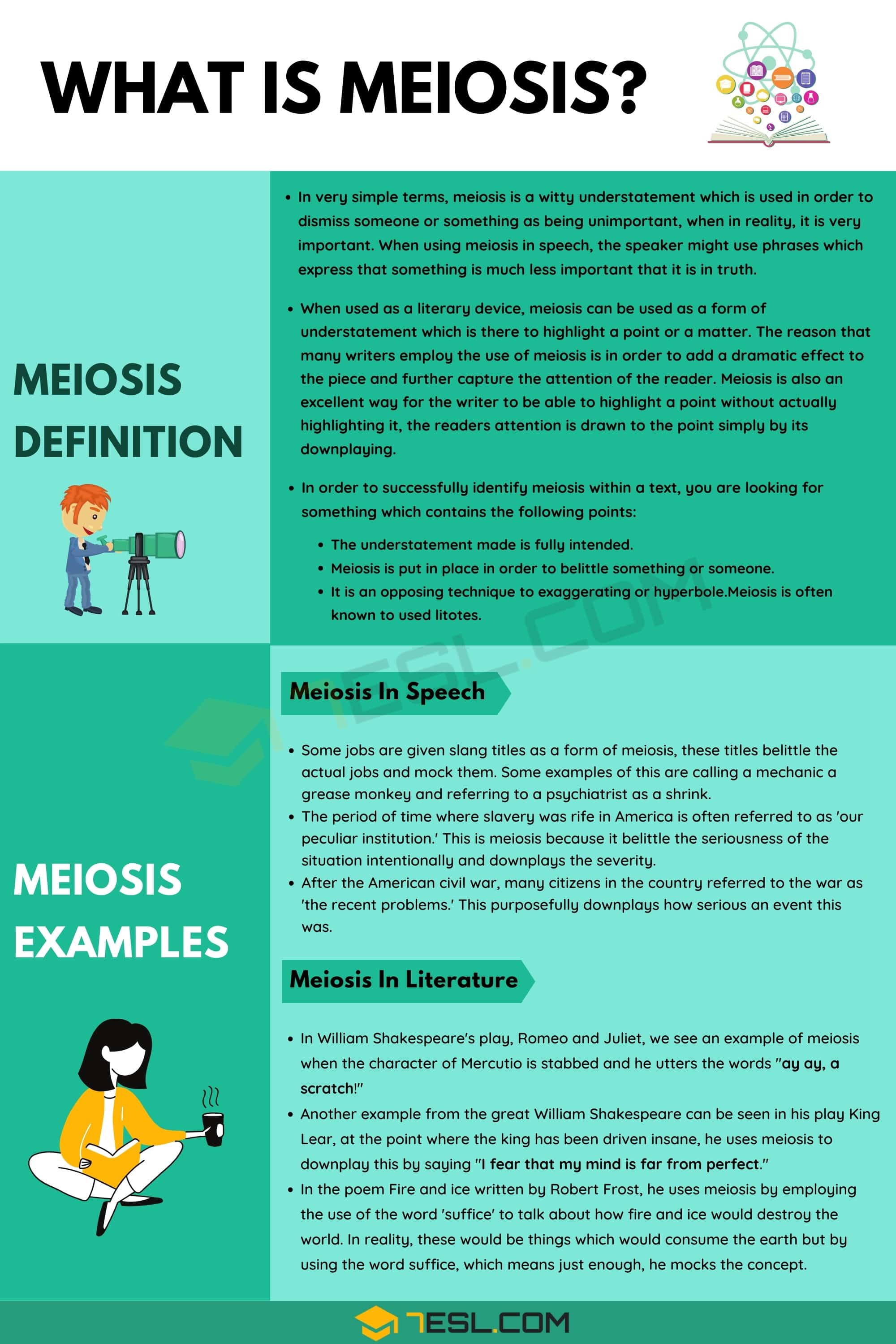