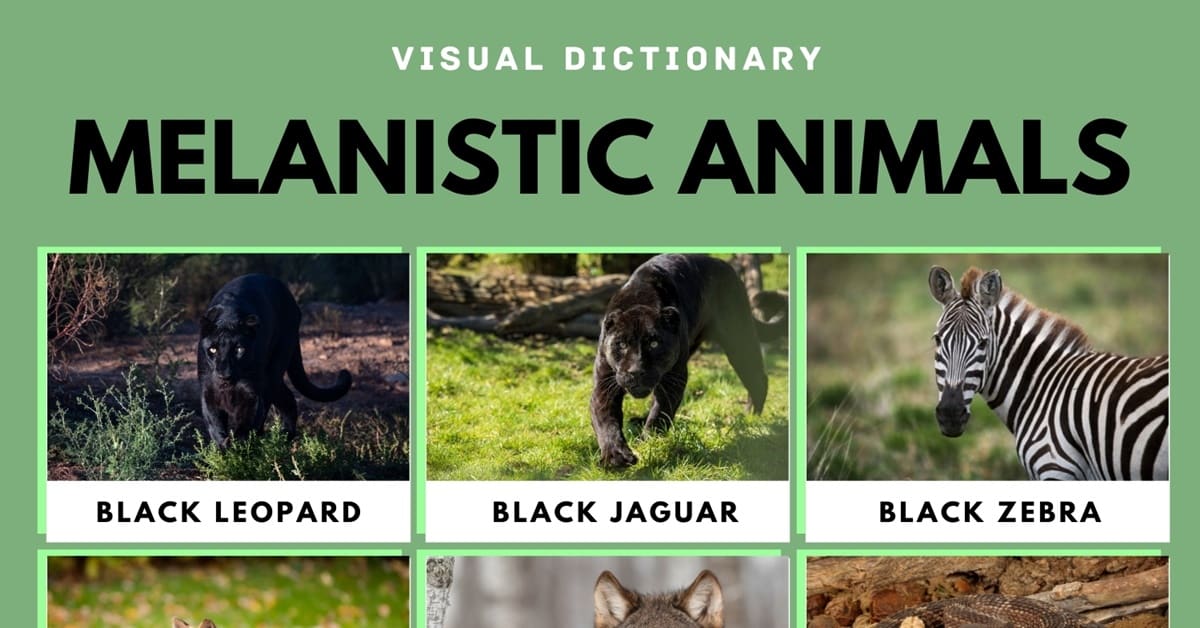 What are melanistic animals? Most people probably think that black animals are pretty common, after all, there’s plenty of black dogs and cats around, but what about an animal that isn’t supposed to be black? There are occasionally animals across a number of different species that are born black instead of their regular colour, and these are known as melanistic animals.

What are Melanistic Animals?

Melanistic animals are the opposite of albino animals, which are white, and are animals that have too much melanin in their skin. Melanin is the pigment that affects the skin, hair, and eyes. The abundance of melanin then produces an animal that is either completely or partially black in colour. Unlike the eyes of an albino animal, melanistic animals have regular coloured eyes.

While many animals can be melanistic, there are also animals that cannot be melanistic. Many domestic and farm animals – such as horses, cats, dogs, sheep, cows etc – are not melanistic, instead, the black colours that you can get in those species are a result of them simply carrying the right genes which cause the black coat colours. Domestic cats aside, melanism can be found in eleven of the thirty-six species of wild cats.

Compared to the frequency of melanism in felines, it is found far less often in animals that live in the water. There are no records of melanism in sharks, but it has been found in occasionally in both species of manta ray and in some whales and dolphins.

Melanism is found in many different species of birds, although it is quite rare in birds overall. It is also rarely found in amphibians, but quite frequently in reptiles.

There are many animals that can be melanistic and they include: 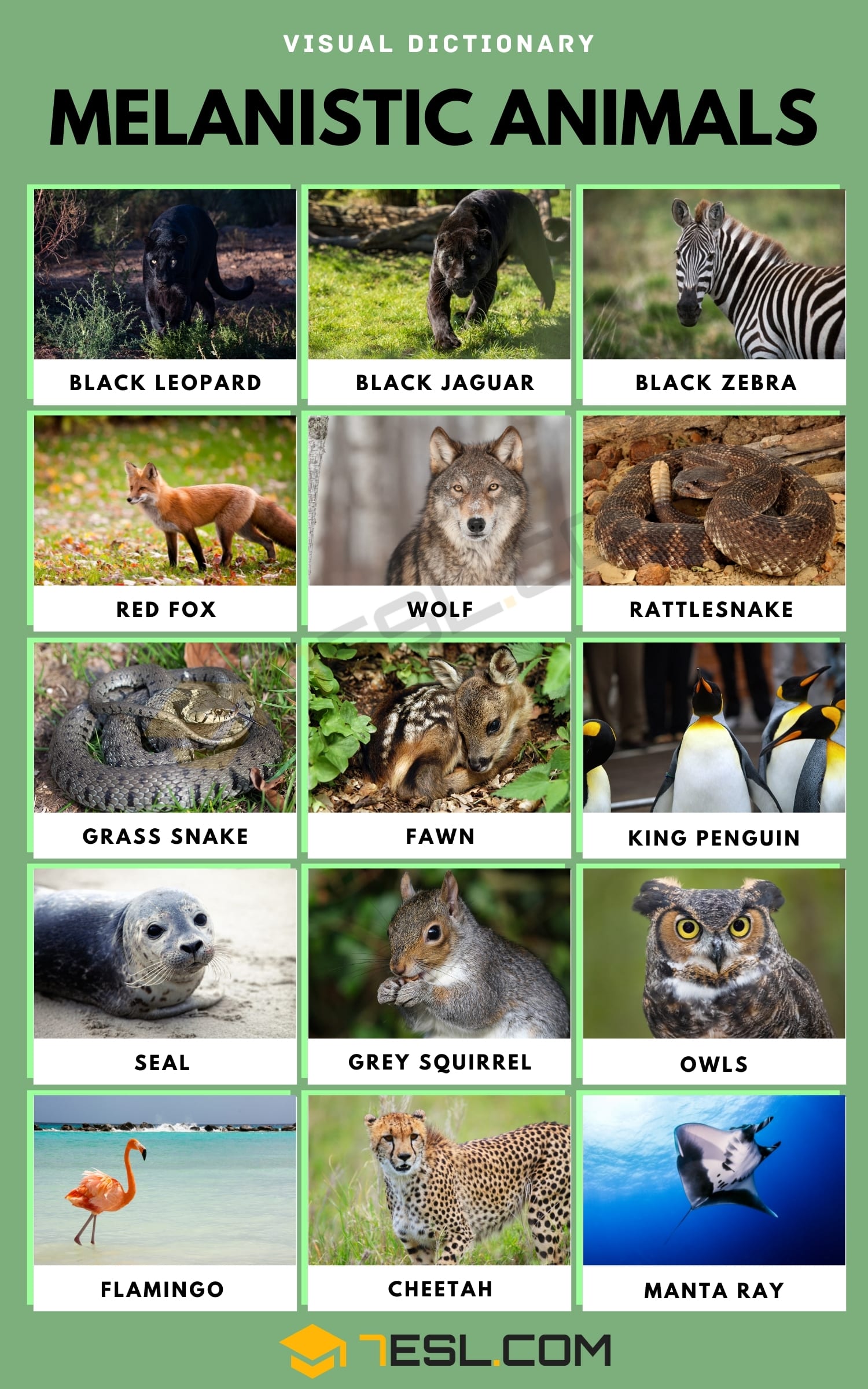