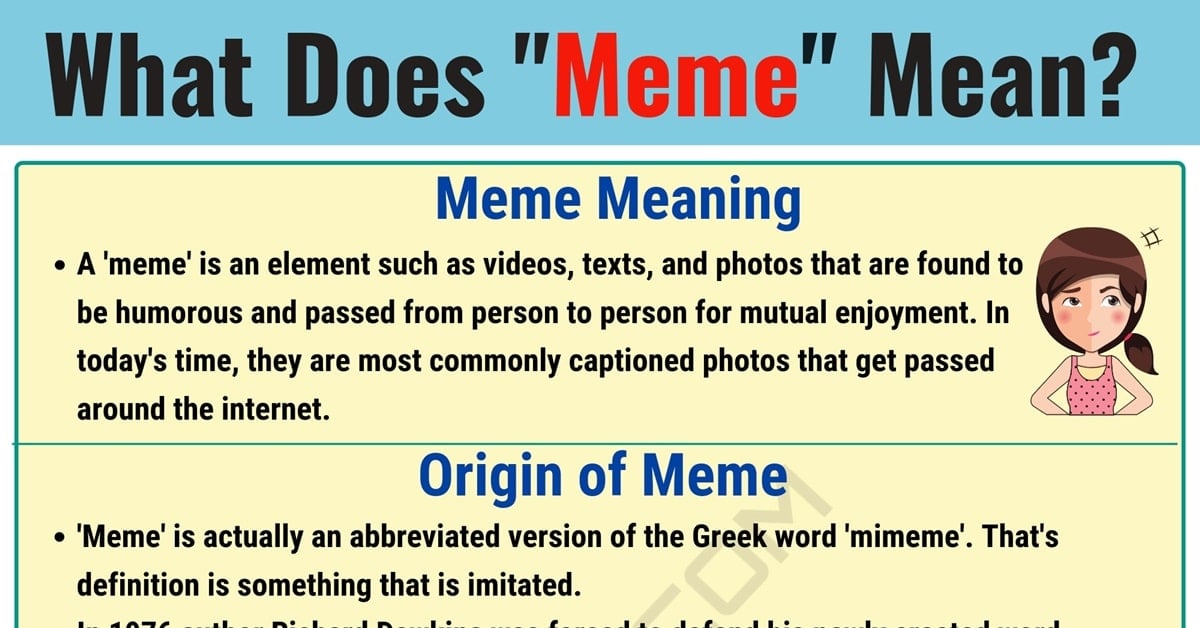 What does Meme mean? What is the definition of this internet slang word? Learn how and when to use this online term with ESL infographic and useful conversation examples to improve your English vocabulary.

What Does Meme Mean?

A ‘meme’ is an element such as videos, texts, and photos that are found to be humorous and passed from person to person for mutual enjoyment. In today’s time, they are most commonly captioned photos that get passed around the internet.

‘Meme’ is actually an abbreviated version of the Greek word ‘mimeme’. That’s definition is something that is imitated.

In 1976 author Richard Dawkins was forced to defend his newly created word ‘meme’ that he used in his book ‘The Selfish Gene’. Yes, he was worried people wouldn’t take kindly to his version of spelling the Greek word mimeme, however that didn’t stop him and it quickly caught on taking root among the American langue.

“Mimic” – Like finding a hidden chest within your favorite game, just to find out it isn’t what it appears. (Greek spelling ‘mim’ stands for mime or mimic.)

Here is how ‘meme’ is normally used.

A boy waiting in a bathroom stall for his friends writes, ‘Jimmy was here.’ on the walls for all to see. Causing the next boy who seen what he had written to do the same in the next restroom he visits.

A photo with a black screen that says, ‘I text back either 30 times way to fast or 6 days later way too late, I have no in-between.’ The image is then shared from facebook wall and posts among people around the internet.

This photo gets passed around a ton from one Instagram user to the next, it shows the poor frog Kermit trying to be healthy, but sadly doing what we all do. Making bad decisions and saying this one more piece of cake won’t hurt anything.

A photo that is of a young child roughly 3 or 4 years old setting in the front seat of a car gripping the steering wheel tight and glaring at whoever is taking the photo. The caption on the top of the photo says, ‘ Me when I finally get next to the person who cut me off.’ A clear image showing how we all feel when driving and someone cuts in front of us. 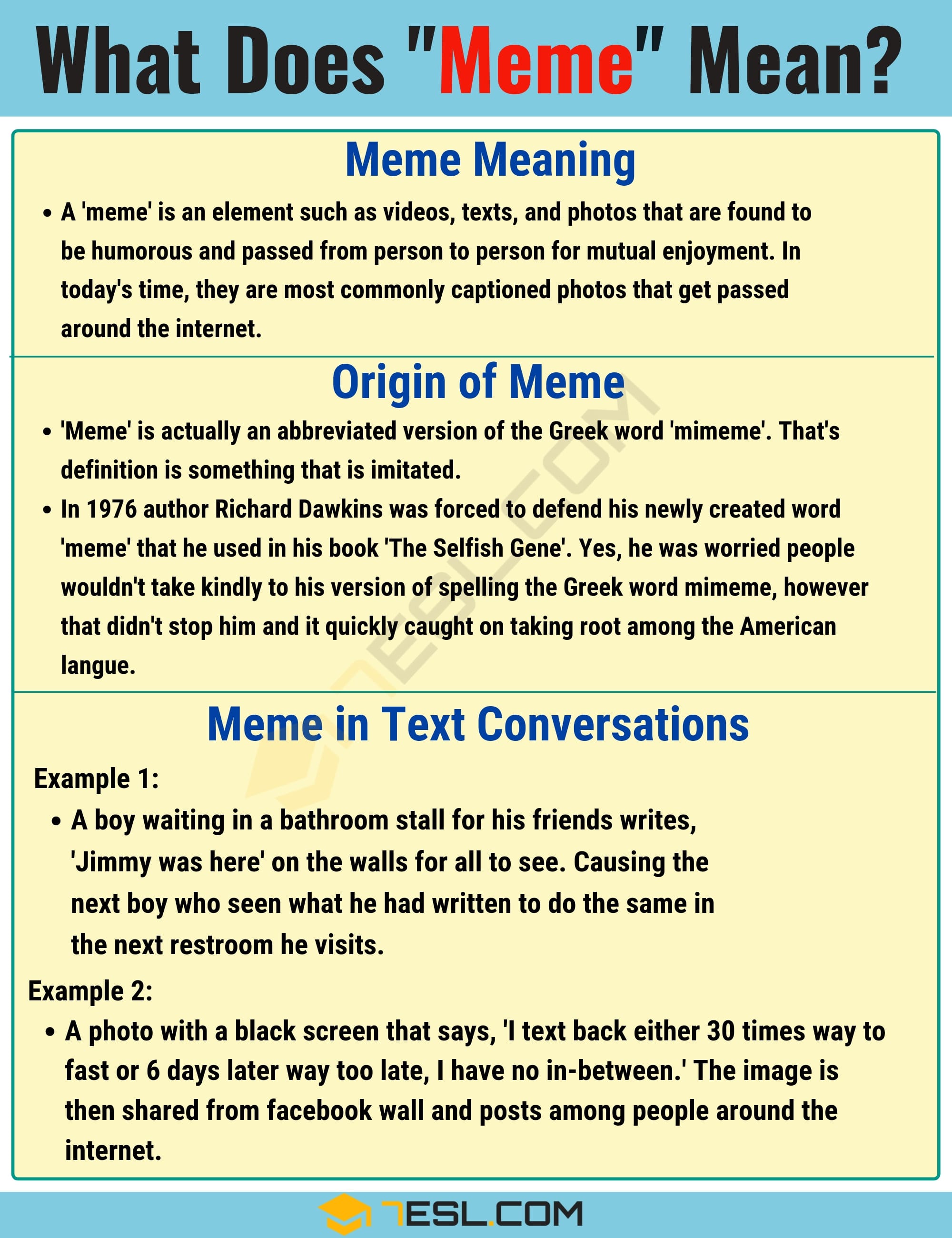